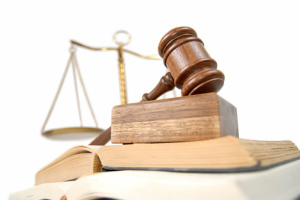 If you listen to the SGU (Skeptics Guide to the Universe) podcast then you will most probably be already aware that Yale University, Steven Novella, Society for Science-Based Medicine, Inc. and SGU Productions, LLC are all being sued by Edward Tobinick, INR PLLC, The Institute of Neurological Recovery and Edward Lewis Tobinick, MD.

You will find the official filing here in Florida Southern District Court (June 9 2014) – The main allegations of the action is that “are violation of the Lanham Act, Novella has and continues to publish a false advertisement disparaging Plaintiffs entitled ‘Enbrek for Stroke and Alzheimer’s’, (‘the ‘Advertisement’) and implying that the INR plaintiffs’ use of entanercept is ineffective and useless;” and “The Advertisement is extremely inflammatory and defamatory in nature as it contains multiple false and misleading statements of fact regarding Plaintiffs.” If some of this confuses you, that is perhaps because in reality this “Advertisement” is a posting on the Science-Based Medicine blog that was mode on May 8, 2013 (details of that below, its basically a legal tactic)

The official initial response can be found here. (July 14 2014) – This is an “Opposition to Plaintiff’s Motion for Temporary and Preliminary Injunctive Relief.” The filing states that Tobinick is “highly unlikely to prevail in this matter . . . as Defendant’s statements range from provably true to opinion,” that a preliminary injunction “would impose an unlawful prior restraint of speech,” and that “an injunction would result in far more harm to Defendants and the public than Plaintiffs’ claimed injury.“

So what is going on here?

You might look at it and think … “Yale University and the SGU podcast are being sued … seriously!”

It all relates to an article that Dr Steven Novella posted on Science based medicine back in May 2013, and concerns a certain Dr. Edward Tobinick and his practice of perispinal etanercept (Enbrel) for a long and apparently growing list of conditions. In that article we start out with the discovery that Dr Tobinick’s clinic, the Institute of Neurological Recovery, more or less ticks all the boxes on the quack clinic list (previously published here at this link back in 2009 on SBM). Then after the various details have been appropriately sliced and diced within that posting, it concludes as follows …

If you strip away the gratuitous narrative in the LA Times story and just look at the facts presented, a very different narrative emerges. Ken Chiate brought his wife to Tobinick’s clinic for 165 injections of Enbrel over four years, at a cost of $800 each (that’s $132,000). During that time there were questionable subjective effects from the treatment, typical of placebo-only effects. Meanwhile his wife continued to relentlessly progress, as is typical of the disease, until she finally died in 2011.

According to the article, the treatments gave Chiate a sense of purpose and of hope—a false hope, it turned out. He still clings to the idea that Enbrel may be an effective treatment for Alzheimer’s disease—even though Tobinick himself has apparently moved on to treating stroke.

In my opinion, the story documents exploitation of a well-meaning and desperate husband at the hands of a dubious practitioner, practicing at the fringes of medical ethics and evidence, making bold claims without adequate justification. The story also documents the utter failure of the regulatory system to prevent (or even properly react to) such exploitation. Florida in particular appears to be a haven for such activity.

It’s factual and accurate, and since this revelation exposes this quack, he is understandably ticked off and so has responded by turning to the law, not because he has actually got a real case, but rather because doing so is often a highly effective way to rapidly gag any vocal opponents. In other words his goal here is  to have the article purged off SBM.

When faced with the considerable legal costs that defending such an action involves, it might indeed be tempting to roll over and simply purge the article, so with that thought in mind, how have they handled this?

Basically by doing the right thing here. standing up for the truth, and refusing to be bullied into silence.

As far as Dr Novella is concerned, that’s a solid “no way” to the thought that pulling the article is a viable option …

we have no intention of removing the post as we feel it is critical to the public’s interest. This is what we do at SBM – provide an objective analysis of questionable or controversial medical claims so that consumers can make more informed decisions, and to advance the state of science in medicine.

We also feel it is critical not to cave to this type of intimidation. If we do, we might as well close up shop (which I suspect the Tobinicks of the world would find agreeable). Defending against even a frivolous lawsuit can be quite expensive, but we feel it is necessary for us to fight as hard as we can to defend our rights and the work that we do here at SBM.

Now this surprised me, the rather weird spin being given here by the action is this …

In the case of the Enbrel article he had to make the absurd claim that the post (which does not mention my own practice) was an advertisement for my neurology practice at Yale, designed to attack a “competitor.”

So in essence what we have here is a guy who is not a neurologist, has no formal training and certification, selling utterly absurd cures that don’t actually work for a huge amount to desperate people, then gets called out on this and responds by trying to utilise the law to gag that valid criticism.

They still have a long way to go, and so the battle will be costly – any support you can give to help pay for the necessary and considerable legal fees will be greatly appreciated by them. You can donate directly to their legal defense fund or alternatively support their efforts by becoming an SGU member, and gain access to their premium content.

>> The link to their donation page is here <<

So have I made a donation?

Oh yes, I’d not ask you to do so if I had not done it myself. This is a cause that I feel truly does warrant your support, so if you are about to sit down and enjoy a coffee, then why not simply skip that one coffee just for today, and donate the cost of it into the fund to help out.

In the picture below (as I write) is where they currently stand. 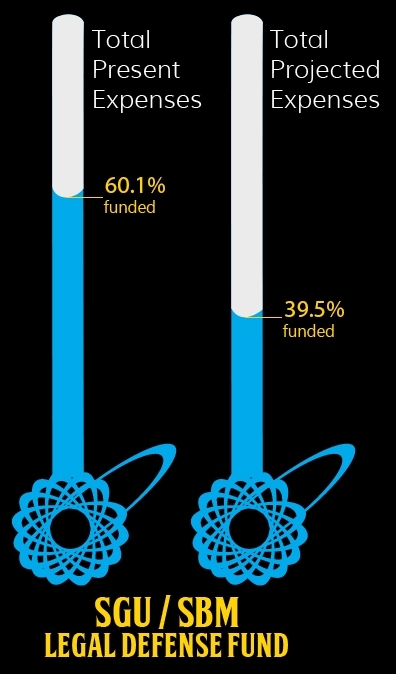 1 thought on “Science based medicine and SGU are being sued”