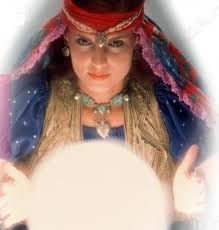 Michael Marshal, vice president of the Merseyside Skeptics Society, has announced in the Guardian that there is a wonderful opportunity for you to pop along and demonstrate you can talk to the dead … assuming of course that you actually have such a power. This invitation is open to all  psychics including the top-tier ones such as Sally Morgan. He writes …

I’ll be working once more with Professor Chris French and science writer Simon Singh to test the paranormal abilities of two professional psychics on Sunday, with the results to be announced on 31 October.

Should Sally, as the UK’s most recognisable medium, want to reconsider her position, our invitation remains open. We have the time and space in our test to accommodate Sally if she chooses to take part.

This year we have widened our challenge to include the other top mediums currently touring the UK, formally inviting Colin Fry, Gordon Smith, T J Higgs and Derek Acorah. If any one of the top five touring psychics in the UK wishes to prove themselves once and for all, they’ll be very welcome to participate in our test, which takes place at Goldsmiths, University of London, on Sunday 21 October.

We’re even willing to conduct another test, tailored to the psychics’ direct wishes and on a date that’s convenient for them.

This provides a very easy option for any psychics out there and it is of course very important because if proven true then it would be history making moment. Just consider the impact …

There is no middle ground here, and there is no excuse to avoid such a test if the claim is truly real. Well guess what, last time Sally was invited did she rush to demonstrate the reality of her claims? Nope …

Sally Morgan – the UK’s most commercially successful psychic – refused to take part in a simple test of her abilities last year. Following a wave of controversy and bad publicity, we at the Merseyside Skeptics Society had offered Sally the opportunity to silence her critics and reassure her fans by demonstrating under controlled conditions the abilities she claims to exhibit nightly, in stage shows before audiences in packed theatres.

Rather than provide a simple demonstration, Sally informed us (via her lawyer, naturally) that she had “better things to do than take any test” on that occasion. Given the remarkable nature of her claimed talents, one might suggest she has an obligation – not only to science but to the scores of grieving and emotionally vulnerable people who pay to see her on tour – to provide proof that her connections to the spirit world are real.

So what are we to conclude then, is she real or is she a fraud? I’ve placed the dots on the page, I’ll let you drawn the picture yourself.

So anyway, she has been invited once again along with Colin Fry, Gordon Smith, T J Higgs and Derek Acorah to be tested this coming sunday. I now have a psychic prediction for you … none of them will turn up, and least you wonder, that was a prediction that requires exactly zero supernatural ability to make.