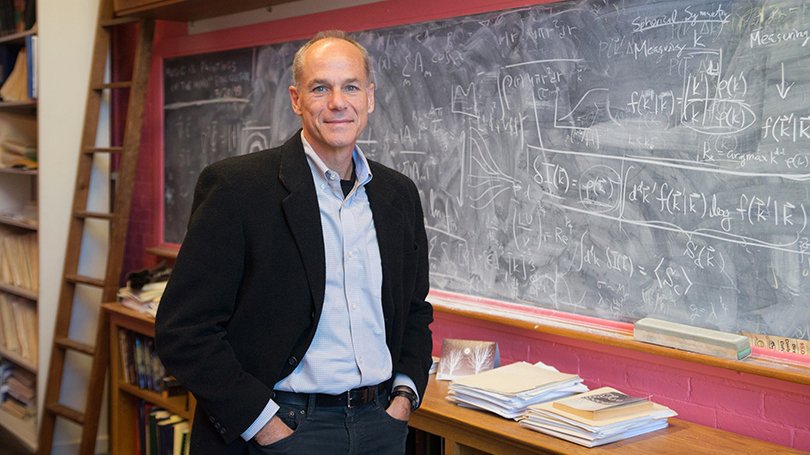 It has been announced that Physicist Marcelo Gleiser has been granted the Templeton Foundation’s $1.4 million prize for 2019.

Sanity warning – this is not your normal prize, winning this is not a badge of honour, it more or less announces “here is somebody prepared to blend religion with science”.

What is the Templeton Foundation?

It is an organisation that was founded to via the wealth of  John Templeton. His desire was to support progress in religious and spiritual knowledge. What exactly is “spiritual knowledge“? I have honestly no idea, but looking to see how this works out in practise is quite revealing.

They are not supposed to be political, but they are …

…a number of journalists have highlighted connections with conservative causes…given a significant amount of financial support to groups, causes and individuals considered conservative, including gifts to Gertrude Himmelfarb, Milton Friedman, Walter E. Williams, Julian Lincoln Simon and Mary Lefkowitz, and referred to John Templeton, Jr., as a “conservative sugar daddy”.[17]

They have also funded the pseudo-scientific “Intelligent Design” movement …

In the 1990s, organizations funded by the foundation gave grants for writing books to Guillermo Gonzalez and to William Dembski, who are proponents of intelligent design and who both joined the Discovery Institute after receiving their grants.[2][20] The foundation also gave money directly to the Discovery Institute which in turn passed it through to Baylor University, which used the funds to support Dembski’s salary

The paper, by Robert Brulle of Drexel University, is called “Institutionalizing delay: foundation funding and the creation of U.S. climate change counter-movement organizations.” (If you can’t download it free at the link, judicious inquiry should yield it.) What Brulle did was go through Internal Revenue Service (IRS) records of both private foundations (e.g. Templeton, Lilly Endowment, Inc., etc.) and of organizations engaged in what he calls the “climate change counter-movement,” or CCCM …

Note the $20.2 million dollar investment by the John Templeton Foundation: 4% of total investments in CCCM groups

What is their Templeton Prize?

The Templeton Prize is an annual award granted to a living person who, in the estimation of the judges, to use their own words ….

“has made an exceptional contribution to affirming life’s spiritual dimension, whether through insight, discovery, or practical works”

Here is a list of all their notable “Spiritual dimension” successes

(yep, nothing at all)

Marcelo Gleiser, 60, a native Brazilian, is the first Latin American to win the prestigious prize, which honors an individual “who has made an exceptional contribution to affirming life’s spiritual dimension, whether through insight, discovery, or practical works,” said the John Templeton Foundation, which is based in West Conshohocken, Pa.

…won the honor for being “a prominent voice among scientists, past and present, who reject the notion that science alone can lead to ultimate truths about the nature of reality,” the foundation said today, March 19, 2019, in announcing the award. “Instead, in his parallel career as a public intellectual, he reveals the historical, philosophical, and cultural links of being alive.”…

… “I see atheism as being inconsistent with the scientific method as it is, essentially, belief in non-belief,” Gleiser said in a 2018 interview in Scientific American. “You may not believe in God, but to affirm its nonexistence with certainty is not scientifically consistent.”…

OK, I really must pickup on that last point. His claim, the assertion that Atheism is a belief in non-belief, is pure nonsense.

Let’s briefly run a few definitions past you.

In essence, Atheism is the position taken when faced with claims that are unbelievable. If faced with religious claims that have exactly zero empirical evidence, then rejection of the assertions being made is wholly reasonable and totally rational. It is not a “belief in non-belief“, but is instead the null hypothesis, the rejection of a claim that does merit acceptance.

When told he had won, he is quoted to have said “I am deeply moved and humbled by this.“. To be a tad more precise, the word is “embarrassed“, and not “humbled“. Then again, $1.4 million goes a long way towards skating over “embarrassed”.

He won for being …“a prominent voice among scientists, past and present, who reject the notion that science alone can lead to ultimate truths about the nature of reality,”

Let’s ponder over this for a moment.

There is much we do not know, and there are things that we might never know via observation and testing because we can neither observe nor measure, but so far it’s the only reliable means we have for understanding reality.

For all of human history, try and identify just one “truth” concerning the nature of reality that has not been determined scientifically.

Until somebody can demonstrate something credible that has been determined by some other means, science remains the only game in town, and that remains true no matter how hard some click their Ruby slippers together and wish really really hard for something different.