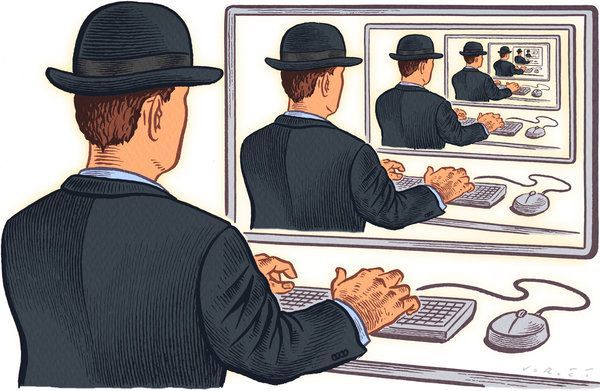 The basic idea should be familiar. Some people consume a very narrow band of information, for example Trump leaning individuals only tuning into Fox news or reading nothing but right-wing sites such as Breitbart. Another scenario is that in a social media context we filter out and remove people who promote ideas we do not agree with, and so we end up with a flow of news items and stories that are only from those that we agree with. This then supposedly leads to the things that we believe never been challenged and so we become polarised and isolated within an echo chamber.

Is this simply a modern myth and is not really how things are or does this actually happen?

The myth of the echo chamber

Elizabeth Dubois (Assistant Professor, University of Ottawa) and Grant Blank (Survey Research Fellow, Oxford Internet Institute, University of Oxford) have conducted a study into this and have then written a paper that describes their findings.

The paper entitled “The echo chamber is overstated: the moderating effect of political interest and diverse media“, is available within the journal “Information, Communication, and Society”

They have also written an article that has been published within “The Conversation” that describes it all that is entitled “The myth of the echo chamber“. With that title you can most probably guess what their conclusion is.

In a recently published study, we show that fears people encounter only information that confirms their existing political views are blown out of proportion. In fact, most people already have media habits that help them avoid echo chambers.

A related theory about “filter bubbles” claims social media companies are incentivized to prioritize likeable and shareable content in an individual’s feed, which in turn puts people in an algorithmically constructed bubble.

So what did they do?

we conducted a nationally representative online survey of 2,000 British adults.

Our analysis suggests that people are rarely caught in echo chambers. Only about 8% of the online adults in the UK are at risk of being trapped in an echo chamber.

Individuals actively check additional sources, change their minds based on information they find using search engines and seek out differing views. All of these are ways individuals can avoid that echo chamber effect.

In other words, their conclusion is not that echo chambers do not develop, but instead they actually suggest that the worry about this being a big problem is perhaps overblown.

This is the skeptical bit.

My problem here stems from a few observations …

It was a UK based survey, and while it might indeed reflect the information flow landscape within the UK, that does not represent how things are in other places.

For example in the US pseudo-news organisations such a Fox News prevail and to some degree dominate. It is popular with a specific demographic and quite rightly derided by others. Much of their content has a very strong right-wing political bias, and so it is more akin to propaganda and less about facts, integrity, honesty or truth. Nothing like this exists in the UK on the same scale. There is also a thriving and popular source of outright nonsense being dished up, for example Alex Jones at InfoWars, and other similar outlets. Again nothing like that exists in the UK.

It was a tiny sample of just 2,000 people. Only those with online access participated.

Nothing was verified, it was all self-reported and so it leans very heavily upon what people believed they did rather than what they actually did.

For example, when they asked “How often do you check political news sources different than usual“, and people then reply. The response is what they believe, and need not reflect the reality of what they actually do. 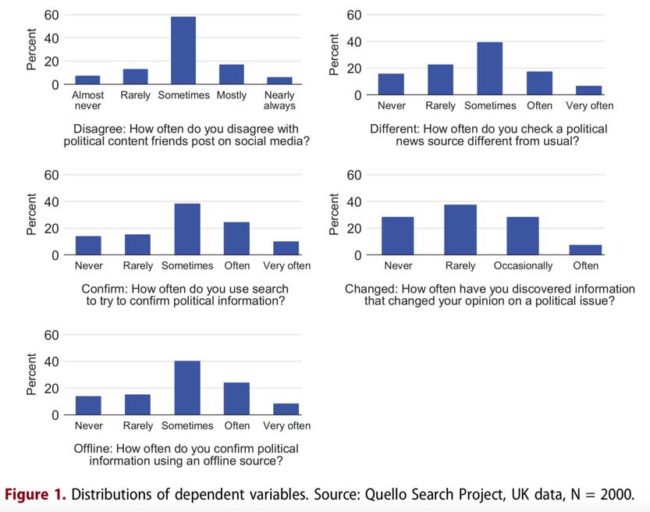 Don’t misunderstand me. It’s still an interesting study, and it does indeed point towards the existence of echo chambers not being as common as we might think … in a UK context. They did note that 8% are at risk and that is a concern. But remember that it is also based upon self-reporting, so it reflects what people believe about their own behaviour and not how they actually behave.

My view is that I also don’t think this can be scaled up and transported into a US context because the information flow landscape there is quite different.