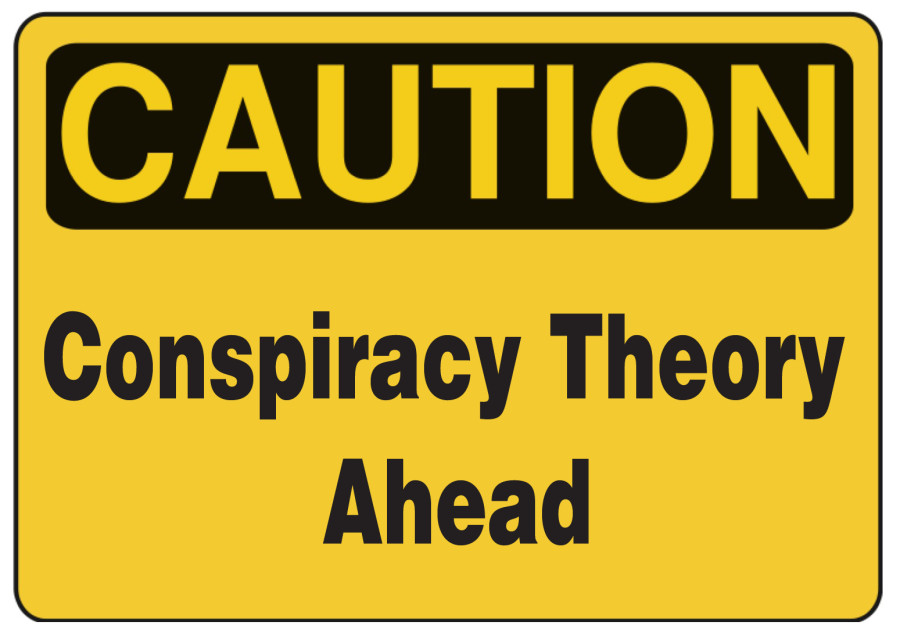 I don’t often agree with Mehdi Hasan, but when it comes to a recent article of his in the New Statesman, I find that I do.

He is a devout Muslim, who when faced with the ongoing conspiracy dialog within the Muslim world, is finding that he is becoming quite frustrated by it all. He writes within his article as follows …

Did you know that Abu Bakr al-Baghdadi, the leader of Isis, was trained by Mossad and the CIA? Were you aware that his real name isn’t Ibrahim Awwad Ibrahim Ali al-Badri al-Samarrai but Simon Elliot? Or that he’s a Jewish actor who was recruited by the Israelis to play the part of the world’s most wanted terrorist?

If the messages in my email in-box and my Twitter timeline and on my Facebook page are anything to go by, plenty of Muslims are not only willing to believe this nonsensical drivel but are super-keen to share it with their friends. The bizarre claim that NSA documents released by Edward Snowden “prove” the US and Israel are behind al-Baghdadi’s actions has gone viral.

It is all grade one Olympic standard gold plated BS, and he knows this, and not because he believes it to be BS, but because he has actually checked …

Glenn Greenwald, the investigative journalist who helped break the NSA story, told me. “Snowden never said anything like that and no [NSA] documents suggest it.” Snowden’s lawyer, Ben Wizner, has called the story a hoax.

He discusses the persistence of a belief that 9/11 was an inside job, that vaccines are really a plot to infect Muslims with HIV, and laments that so many of his fellow Muslims are gullible.

He does also appear to also be a bit prone to conspiracy thinking himself, and suggests that the tendency to embrace conspiracies is due to individuals being on the receiving end of real conspiracies, such as the Suez crises of 1956 or Iraq and the weapons of mass destruction that did not actually exist, and for some odd reason does not attribute such events to the actual root cause – complete and utter human incompetence.

He makes good points, and illustrates quite well that none of this has anything to do with education and literacy, and backs that up with the observation that some very well-educated individuals have been responsible for the promotion of completely absurd conspiracy beliefs.

Does Mr Hasan have a solution?

Nope, he is just venting, and is expressing a considerable degree of frustration by it all …

As the Egyptian intellectual Abd al-Munim Said once observed, “The biggest problem with conspiracy theories is that they keep us not only from the truth, but also from confronting our faults and problems.” They also make us look like loons. Can we give it a rest, please?

… but it is still a good start, because confronting problems and not blaming them on somebody else is the first step on the path to truly dealing with them.

What is going on Here?

To some degree we are all potentially prone to falling prey to such thinking because the heuristics deployed by the human brain that enable us to rapidly leap to decisions opens up the possibility of this. This is not specifically a Muslim attribute, but rather is a human one. If everybody around you is telling you something, then we often drift with that tide and go along with it. Couple that with a feeling of helplessness and insecurity (politically and economically) then blaming that on the machinations of “them” gives you an explanation for it all.

I’ve seen it myself

Hang out in some FB groups and you will indeed encounter this, and it truly is as bizarre as described.

I’m thinking of one chap who is rather fond of posting stuff from the David Ike website (Yes, the crazy guy who famously claimed to be God, and that the Queen was really a shape-shifting alien lizard), and yet at the same time rejects all the evidence based stuff such as science and evolution He will also warmly assure you that Shia Muslims are evil and vile and that all Sunni Muslims embrace the truth, except for ISIS because according to him that is really a Zionist run conspiracy designed to make Sunni Muslims look bad.

How can you combat such lunacy, especially when it is completely immune to facts?

Personally I find that satire and humour works best. When he accused me of being in the pay of the Zionists, I congratulated him for nailing it and suggested that if he was interested he should join as well because the overtime rates were quite good.

Then again, perhaps his claim that 9/11 was really a Zionist plot, was itself a Zionist plot designed to make the Zionists look slick and powerful, and so I should congratulate him for being such a good Zionist agent.

In other words, why cry about all this, when laughter is perhaps better. If facts don’t work and do not shake people out of the spell that such lunacy casts, then embarrassment and laughter is a good alternative tool to deploy.