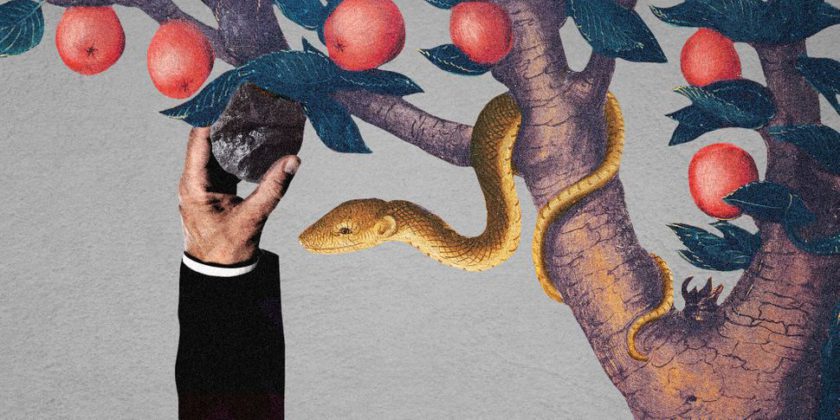 It is now well established that the oil and gas industry knew that their product would have dire consequences for the climate further down the road. But what about the far older coal industry, did they know?

A recently rediscovered journal article verifies that they did.

Below is the abstract for an article titled “Air Pollution and the Coal Industry” from the 1966 issue of the Mining Congress Journal. This was written by James Garvey who was President of Bitumous Coal Research Inc.

Growing demands for cleaner air have serious implications for the coal industry since more than half of the coal used today goes for generation of electricity and the coal-burning electric utilities are most likely to be affected by any air pollution restrictions. Garvey reviews the pollution in coal and discusses ordinances that have been passed to restrict use of fuels containing in excess of one percent sulfur.

He writes mainly about sulfur and particulates. He does however also address CO2.

Within the subsection titled “Emission of CO2 Under Serious Study” he writes as follows (now pay attention, this is the smoking gun) …

“Among the gaseous materials discharged from the stack is carbon dioxide. This is not generally considered to be a pollutant insomuch as it has never been demonstrated to have any adverse effects on plants or animals. However, to illustrate the far-reaching aspects of the air pollution problem, it should be noted that serious studies are underway to determine whether more restrictions should be placed on the emission fo carbon dioxide to the atmosphere. There is evidence that the amount of carbon dioxide in the earth’s atmosphere is increasing rapidly as a result. Such changes in temperature will cause melting of the polar icecaps, which, in turn, would result in the inundation of many coastal cities, including New York and London.”

Here is that section …

The full original journal article from 1965 can be found here.

In August, Chris Cherry, a professor in the Department of Civil and Environmental Engineering at the University of Tennessee, Knoxville, salvaged a large volume from a stack of vintage journals that a fellow faculty member was about to toss out. He was drawn to a 1966 copy of the industry publication Mining Congress Journal;his father-in-law had been in the industry and he thought it might be an interesting memento.

He flipped it open, read the above article by James Garvey, and thought, yikes!.

The journal article might indeed have been rather blunt and also very much aligned with our understanding today. The official policy however has been rather different.

The UK’s Guardian reported as follows back in 2016 …

…Among Peabody’s beneficiaries, the Center for the Study of Carbon Dioxide and Global Change has insisted – wrongly – that carbon emissions are not a threat but “the elixir of life” while the American Legislative Exchange Council is trying to overturn Environmental Protection Agency rules cutting emissions from power plants. Meanwhile, Americans for Prosperity campaigns against carbon pricing. The Oklahoma chapter was on the list….

…Contrarian scientists such as Richard Lindzen and Willie Soon also feature on the bankruptcy list….

…The names of a number of well-known contrarian academics also feature in the Peabody filings, including Willie Soon, a researcher at the Harvard-Smithsonian Center for Astrophysics. Soon has been funded almost entirely by the fossil fuel industry, receiving more than $1.2m from oil companies and utilities, but this was the first indication of Peabody funding…

…Richard Lindzen and Roy Spencer, two contrarian scientists who appeared for Peabody at hearings in Minnesota last month on the social cost of carbon, were also included in the bankruptcy filings….

For some the assertion that the Coal and Gas industry funded climate denial is an unfounded tin-foil hat conspiracy theory.
It turns out that there is a rather robust paper tail of evidence from these companies that leads directly to the doorstep of many well-known climate denying lobbying groups and also individuals who have promoted claims such as CO2 is the stuff of life claims.
There are many conspiracy theories that simply do not withstand any critical scrutiny. For example, 9/11, JFK, almost anything you hear on InfoWars, etc…
This one stacks up. They really did know, and they really did fund decades of denial. We still feel the ripples from it all today.
They perceived Climate Change as a threat to their very existence, so they lobbied hard against scientific truth. The irony here is that the truth of what they were doing emerged from the paperwork of bankruptcy proceedings.

Too Little Too Late

We now face the consequences of potentially doing too little and far too late.

If you wonder why, then wonder no more.

We can still sue Exxon, but when it comes to the coal industry what can we do? With all the bankruptcies, there might be nobody left to sue because they will all be gone.