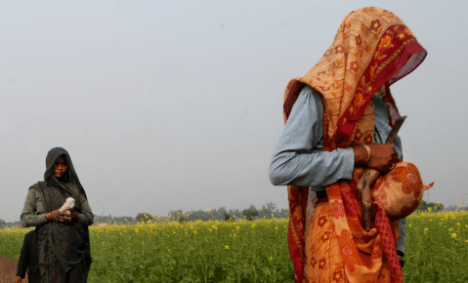 UPDATE (8th Sept) – The claim that the two sisters were sentenced to be raped appears to be false, so you can ignore this petition – my apologies.

Here is an Amnesty International petition for you to sign – Please do not skip this, international attention truly does get results.

I’ve lifted the following directly from the Amnesty International website.

Your eyes do not deceive you. An unelected all-male village council in India has ordered that 23-year-old Meenakshi Kumari and her 15-year-old sister are raped.

The ‘sentence’ was handed down as punishment after their brother eloped with a married woman. They also ordered for the sisters to be paraded naked with blackened faces. Nothing could justify this abhorrent punishment. It’s not fair. It’s not right. And it’s against the law. Demand that the local authorities intervene immediately.

Fearing for their lives

The sisters are from a village in Baghpat district in India. There, on 30 July, an unelected all-male village council (khap panchayat) ordered that they be raped and paraded naked, their faces blackened, as punishment for the actions of their brother.

The sisters and their family are Dalit, the lowest caste in India. They had already fled the village in May for fear of reprisals for their brother’s actions – he eloped with a married woman from a dominant caste (Jat).

Shortly after they left their house was ransacked.

‘The police said anyone can be murdered now’

Sumit Kumar, another brother of Meenakshi says that members of the Jat caste are powerful members of the village council, ‘the Jat decision is final’.

His family are fears for their lives if they return.

Meenakshi has filed a petition with the Supreme Court asking for protection, and her father has lodged a complaint with two national bodies saying that both his family has been harassed not just by the family of the eloped woman (who are of the dominant caste and therefore influential), but also by the police.

They are also worried about the safety of the Jat woman, who is now thought to be pregnant with Meenakshi’s brother’s child.

Unelected village councils such as this are widespread in parts of India. More often than not they are made up of older men from dominant castes, who prescribe rules for social behaviour and interaction in villages.

The supreme court of India has described them as ‘kangaroo courts’ and branded their decrees illegal, yet in some states they continue to operate – and their punishments are carried out.

Act now to demand that this disgusting ruling is not allowed to happen.