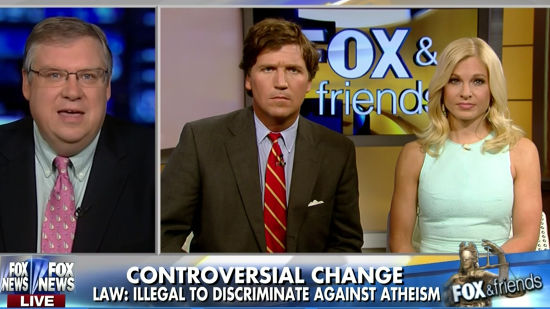 I once tried a little experiment in a FB group. Upon diving in and starting to swim amongst the religious believers I deployed slightly different words.

The result? – interactions were quite different.

It was perhaps akin to this.

“Do you collect stamps?”

The interactions that followed were far less hostile and aggressive and far more friendly. Was this because the word “skeptic” does not carry with it the same emotional baggage, or is something else going on? Perhaps they assumed I did it fact keep a stamp album in the attic and while I had not picked up the latest commemorative stamps, I was in fact implicitly on their team.

It still of course leaves you wondering why the A word invokes such fear and hostility.

David Brandow, an fellow atheist, writes a fascinating answer within Guelph Mercury (an English language daily newspaper published in Guelph, Ontario, Canada). Normally I’d simply pick out a snippet and point you at it, but this is really good, so I’ve extracted the lot, and so here is how he explains it …

If you are religious, I have a game you can play with me: think of one important thing that you and God disagree about. No rush, I’ll wait.

The odds are, you couldn’t come up with anything. Let’s move on to the second part of the game: think of one important thing you used to disagree with God about, and reluctantly decided to change opinions about because, well, God must be right and you must be wrong. Again, no rush, I’ll wait.

Again, the odds are that you drew yet another blank. You and God agree about everything, and always have. So let’s move on to the third and final part of the game: think of one thing that other people who belong to the same religion that you do disagree about.

I didn’t need to wait long on that one, did I? It might have been same sex-marriage, abortion, the death penalty, how often you should go to church, spanking or any of dozens of other topics. You and other members of your religion all believe you are in perfect harmony with God’s beliefs, and yet disagree with each other about what God believes.

How can this be true, you ask? Because “God,” in your mind, is just another word for “you.” As I referenced in a previous article, your brain doesn’t react differently when asked what your opinions are and what God’s opinions are, because they are one and the same.

Now, I’m not meaning to imply here that you think you are God, you aren’t crazy. What you are doing, however, is using God to justify why you believe what you believe. Your brain is very good at self-rationalization, at explaining to yourself why you are right, why you don’t need to doubt or question yourself about your core beliefs. You have a whole section of the left hemisphere, called the interpreter, dedicated to inventing explanations like this, something that has been the subject of some fascinating experiments on split-brain patients, which I’d highly recommend reading more about.

This also helps explain why you likely have a negative attitude toward atheists, with a much more moderate attitude toward agnostics and members of religions different from yours. Why? Because the atheist, in completely rejecting your God, is in effect rejecting you, similar to a romantic rejection. The agnostic is merely noncommittal, and members of other religions are already going out with someone else (themselves, ironically), so there is no definitive rejection there, but it feels like the atheist is turning you down outright.

I can’t speak for all atheists, obviously, but let me assure you that while I don’t believe in your God, I’m not rejecting you. You and I likely agree on most things, after all, and you seem like a perfectly lovely person. Unless you are a Leafs fan, of course, in which case all bets are off.

Now that makes so much sense and opens up an understanding of the psychology at play here.

I might indeed declare myself to be a non-stamp collector, but doing so to those who are deeply passionate stamp-collectors invokes no negative feelings towards me at all, yet move on to a different topic, religion, and clearly the fact that I hold no religious beliefs at all does, for many who are deeply religious, stir up a negative emotional response.

In reality the non-religious are not an alien species, and if you compared notes, you might discover that while we do not agree on specific religious ideas, we do in fact potentially agree about many other things. Kim Davis might indeed have made herself rather famous for reasons I need not dwell upon here. and so it may also come as a surprise to discover that she was voted into the position she held because she stood as the Democratic candidate, and not the republican one.

In the end we are all not so different and have similar hopes and dreams.

1 thought on “Why is there so much hostility towards atheists from the religious?”