I bet they are a very popular church with lots of folks eager to join!!!

Wired magazine reports that a magnetic filament more than 50 times the Earth’s width is erupting off the surface of the sun … here is the NASA time lapsed image of this … Wired then goes on to report … The loop of hot plasma has been snaking around the sun’s southeast limb since Dec. … Read more

There are going to be some Atheist advertisements on the sides of buses in Fort Worth, Texas, and its all causing a lot of fuss because all the local ministers are threatening a bus boycott. From one viewpoint, I suspect quite a few folks will be happy about that, because the buses will be a … Read more

Lets start with the famous L Ron Hubbard quote … “Writing for a penny a word is ridiculous. If a man really wanted to make a million dollars, the best way to do it would be start his own religion.” ~ L Ron Hubbard. I bet you can guess where this post is going … … Read more 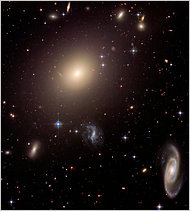