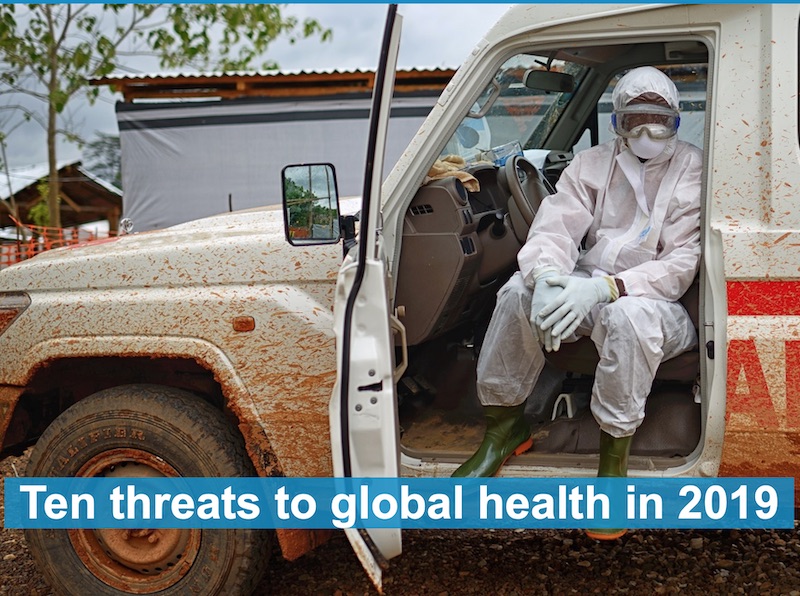 You have no doubt seen that WHO (World Health Organization) have published a list of the top 10 health threats that we face in 2019.

The alpha source is this WHO listing here, let’s take a look.

Ten threats to global health in 2019

Understanding a threat means that you can take action to address it, so I’ve not only listed each of the 10 threats, but also specify under each what actions WHO is planning to take because of this awareness …

If you happen to believe that vaccines are bad and to be avoided, then you personally are on the list of the top 10 threats that our species faces. Ponder over that one.

Measles, for example, has seen a 30% increase in cases globally. It is not simply an inconvenient childhood illness, it kills. Between roughly 1855 and 2005, measles has been estimated to have killed about 200 million people worldwide.

WHO tactfully suggests … “The reasons why people choose not to vaccinate are complex;” …

a vaccines advisory group to WHO identified complacency, inconvenience in accessing vaccines, and lack of confidence are key reasons underlying hesitancy.

Let me add one more. If you are pushing against vaccines and ignoring the evidence, then you are a gullible idiot who seriously needs to hit pause on that stance and rethink it. – vaccines really do work, and don’t cause autism, the push against them is based upon fraudulent claims.