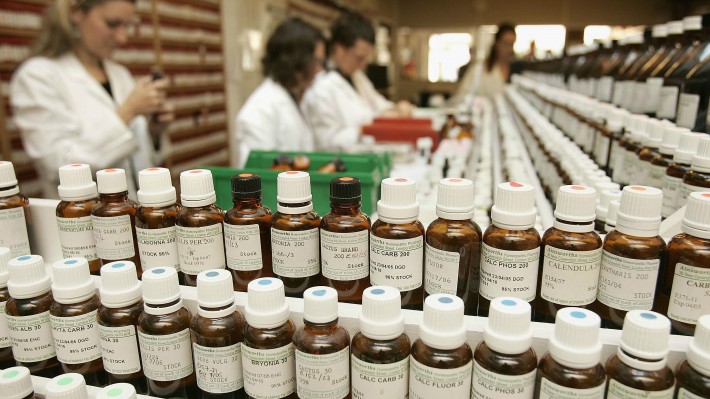 It is perhaps now being increasingly appreciated by many people that Homeopathy is utter nonsense and does not work, and yet it has been granted accreditation by the UK’s Government run PSA (Professional Standards Authority).

As a quick bit of background, just to be clear, homeopathy really is a sham and does not work …

In response to this latest accreditation by the PSA, the NHS is now formally challenging them. See for example news such as the story below …

A key question is this – why is the head of the NHS issuing a warning about something that is already their official stance, is generally well known, and has been their position for quite some time?

The answer is that it is not Homeopathy in focus here but rather the PSA.

There is actually a far bigger issue that goes way beyond Homeopathy, so we are building up to that.

Who is the warning for and why was it issued?

The trigger is that the Professional Standards Authority endorsed the Society of Quacks Homeopaths.

On 22nd Oct both Simon Stevens, the chief executive of the NHS, and also the NHS national medical director, Stephen Powis wrote a formal letter to the Professional Standards Authority (PSA) as follows …

In response to your current consultation, we are writing to register serious concerns about the Professional Standards Authority’s possible reaccreditation of the Society of Homeopaths,

While the Society of Homeopaths may appear to meet some of the PSA’s procedural standards, the basis of their practice remains fundamentally flawed.

…We understand that it is not the responsibility of the PSA to review evidence on the efficacy of homeopathic remedies,…

However, it is difficult to see how the Society of Homeopaths can ‘inspire public confidence’ when the position of both the NHS and Nice, whose statutory duty it is to protect patients and the public by ensuring treatments are effective, have a firm and evidence-based position that homeopathy should not be recommended to the public.

This is a vital issue at a time when there is a rise of misinformation about vaccines – some of which is apparently promoted by homeopaths – and which poses a significant danger to human health.

Does the PSA they really endorse quackery?

Now comes the even bigger issue – It is not just Homeopathy. Check their list and you will find it littered with quackery.

“We help to protect the public” is the claim within their “About Us” section.

Er no, that is not what they are doing at all. Instead they are formally granting rather a lot of fraudulent nonsense the semblance of credibility.

Our values are at the heart of everything we do

We are committed to being independent, fair, consistent, proportionate and focused on public protection.

While they do list many credible evidence-based practises, rather a lot of what they formally endorse has no empirical evidence that it actually works.

This is not “public protection”.

It regards the question of scientific veracity as a matter of opinion. That’s “opinion” as in … “I reject the idea that water is composed of one oxygen and two hydrogen atoms, I have a different Opinion“, and that quite frankly is not how healthcare should ever work, and yet here we are.

In other words, any formal accreditation by the PSA is utterly meaningless and does nothing to protect anybody from anything.

Is Anybody challenging any of this?

To some degree yes. In addition to this latest letter from the NHS to the PSA, there is also the Good Thinking Society’s Judicial Review.

You can read about that review here.

It is great that some are indeed pushing back.

The core problem however is that the remit and oversight conducted by the PSA, as established by section 222 of the Health and Social Care Act 2012, is seriously flawed. Until that is fixed, then this problem is not going away.

It is all an attempt to try and manage stuff that is not regulated by law. Supposedly they do this …

Accredited registers help people get better care by ensuring that the health practitioners they register are competent and trustworthy.They set standards for people working in unregulated health and care occupations, encourage them to meet them and take action to protect the public when necessary. They ensure that the information they and their registrants provide is clear and helps you to make informed choices about the practitioner you want to see and about the treatments, therapies, care and products they offer.

The rather fundamental problem is that when you move beyond evidence-based policy then you are playing a game named “relativism”. This is where all opinions, no matter how batshit crazy, are deemed to be equally valid.

Their goal, “to ensure competence“, is praise worthy, but once everything is deemed to be equally valid and evidence is relegated to “opinion”, then all bets are off. All you are doing is giving credence to utter quackery.

“Oh but we don’t want to expose the public to a fake Reiki practitioner, we need to ensure that they find a real one, an individual who knows how to wave their arms in the correct manner to fix your aura. If we don’t, then think of all the broken auras we will end up with“.

To put that another way, the PSA emperor is butt naked and is not simply leaving himself exposed, he is also leaving all of us exposed.

2 thoughts on “The PSA emperor is Naked”