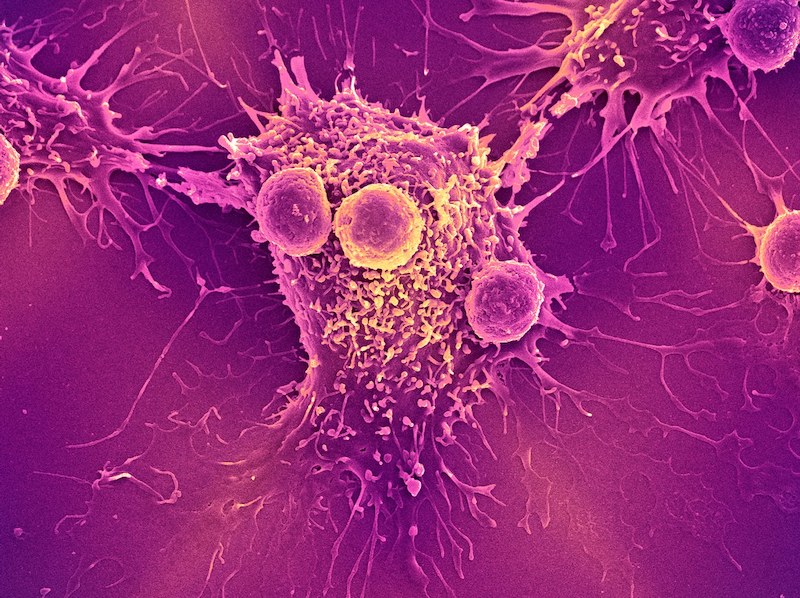 The internet recently lit up with the exciting announcement that there was a new cure for all cancer.

A CURE FOR CANCER? ISRAELI SCIENTISTS MAY HAVE FOUND ONE

“Our results are consistent and repeatable.”

“We believe we will offer in a year’s time a complete cure for cancer,” said Dan Aridor, of a new treatment being developed by his company, Accelerated Evolution Biotechnologies Ltd. (AEBi), which was founded in 2000 in the ITEK incubator. AEBi developed the SoAP platform, which provides functional leads to very difficult targets….

… “Our cancer cure will be effective from day one, will last a duration of a few weeks and will have no or minimal side-effects at a much lower cost than most other treatments on the market,” Aridor said. “Our solution will be both generic and personal.”…

It is classic skepticism 101 – if something sounds too good to be true, then it probably is. Within the area of “cancer cures” there is an additional reason to be highly skeptical …

Let’s take a closer look at the claim

Claim: “We believe we will offer in a year’s time a complete cure for cancer,”

No quantity of belief cuts it, they need to publish evidence and so far they have published nothing. Something as important as this should never be taken on faith. “Trust me” … er sorry no, I don’t.

Claim: “Our cancer cure will be effective from day one, will last a duration of a few weeks and will have no or minimal side-effects at a much lower cost than most other treatments on the market,”

Have they conducted any human trials? Nope. So how can they possibly know that their supposed treatment will have no side effects and will be that effective. Even the moist benign of medical treatments such as aspirin has side effects.

So what have they got?

Let’s suspend disbelief and assume that all they claim is true, and that they really are on to something. In that context, what have they actually got? They have this …

Morad said that so far, the company has concluded its first exploratory mice experiment, which inhibited human cancer cell growth and had no effect at all on healthy mice cells, in addition to several in-vitro trials. AEBi is on the cusp of beginning a round of clinical trials which could be completed within a few years and would make the treatment available in specific cases.

There is a vast industry of literally billion of dollars looking into potential treatments, and many many offerings pop up. The actual percentage of cancer treatments that make it all the way through clinical trails to market is 3.4% The rest don’t.

So what is going on here, why all the hype?

The folks being interviewed are the chairman of the board of AEBi and CEO Dr. Ilan Morad. They are hyping up the value of their company with promises of gold at the end of the rainbow. What they actually have are promises, but no actual published results, no published research, just bluff, bluster, and belief.

Media Reactions to this Cancer Cure

Most major networks (quite rightly) ignored it, but some “news scholars” such as Fox News jumped in. Initial offerings from those that did run the story took the Jerusalem Post article and simply word crafted it a bit.

Then the penny drops.

Some began to ask subject matter experts what they thought. and soon it became clear that this was indeed all hype and not real. For example …

the New York Post and Forbes both published their own glowing versions, based largely on the Jerusalem Post’s reporting. But within 24 hours, both sites had come out with new, decidedly less rosy stories, in which they (gasp!) interviewed cancer experts. Forbes actually published two. One, by the original story’s author, was entitled “Experts Decry Israeli Team’s Claims That They Have Found the Cure for Cancer” and another, headlined even more explicitly: “An Israeli Company Claims That They Will Have a Cure for Cancer in a Year. Don’t Believe Them.”

So what has happened?

The false promise lit up social media and went viral. The truth, that is was a false hope and somebody was simply peddling hype in the hope of attracting more investors … well that has not exactly travelled the same path. But that’s the way this always goes down, the fantasy takes up wings and flies, while the cold hard truth trundles slowly behind for those willing to listen, and as is often the case, not too many wanted to listen to that.

And yet some do, because they strive to believe as many true things as possible. In the age of Trump and Fox News, truth is a truly aspirational endeavour.

Cue the claims that “Big Pharma” has suppressed the cure because they make far too much money off current treatments.

Science Based Medicine (30th Jan 2019) : Is An Israeli Company About to Cure Cancer?

… Not specifically referencing Aridor or AEBi, but you can see how easy it is for a company do a little research to find some cutting-edge technology that the public is not generally familiar with, and then wrap some extreme claims around that technology, promising some new product or treatment. You can even cite the published research to apparently support your claims. It all sounds like cutting edge technology, but it is a Potemkin village. It is a clever type of pseudoscience that can be very effective…

…Beware Holy Grail perfect products that just seem too good to be true. You will never go wrong being skeptical of hyped claims.

…people are hungry for a life preserver of good news amid the toxic content spewing from platforms like Twitter and Facebook. When every day online feels like a battle across party, sex, race, class, and even generational lines, cancer is a unifying enemy. A story about the end of cancer could be an olive branch to a sick friend or a relative across the social divide. Or it might just allow you to believe, for one blissful moment, that your body’s cells aren’t already on an unstoppable mutational march toward your demise.

But all the armchair philosophizing in the world can’t change the ugly truth of the persistent cancer-cure meme: Peddling false hope is immoral.

Respectful Insolence (31 Jan 2019) : MuTaTo: Is an Israeli company within a year of a “complete cure for cancer”?

… This story interested me because it gave me just enough information to be pretty sure that ABEi’s claims are unadulterated bullshit….

…I’m calling them out for, at the minimum, massively excessive hype….

… It’s hard not to wonder whether Morad and Aridor are just grandiose startup executives desperate enough to raise venture capital that they do a bit of creative massaging of the truth, which is all too common among those running startups, or outright con men. (Their excuses for why they haven’t published their results yet made me lean towards the latter.)…

…It sounds as though it’s worth developing further, but only if Morad and Aridor can show that they have a reliable method to pick their protein targets other than pulling them from their posteriors and that their treatment isn’t too toxic, but I fear that ABEi’s excessive hype might well have doomed it.