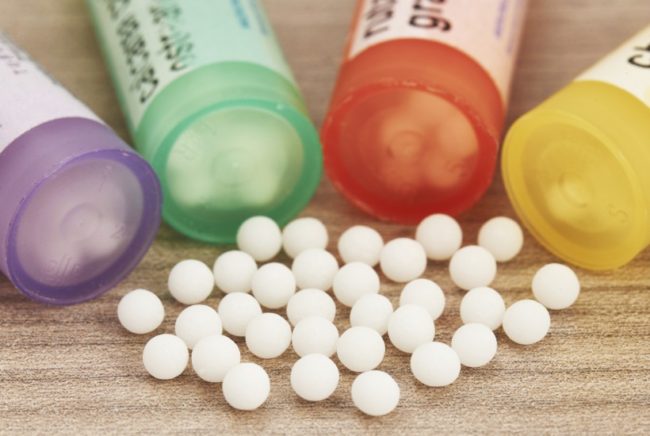 Professor Eduard Ernst, MD, PhD, FMedSci, FSB, FRCP, FRCPEd (yes he really is that qualified), has written a great article in the Spectator about his eventual shift over time from a believer to outspoken critic of Homeopathy. Well yes, I was blogging only yesterday about Homeopathy, and so it might be a surprise for you to see it pop up again, but he does bring rather a lot of insight into the topic that adds to yesterday’s posting.

He starts out by explaining …

As a young doctor, almost 40 years ago, I worked for several months in a homeopathic hospital. This experience impressed me, and I was not far from believing that homeopathy might be a valuable form of healthcare. Today, I am an outspoken critic of homeopathy. How come?

He then proceeds to lay out the path he took over the years . He started out quite fascinated with the observation that Homeopathy appeared to work and so he developed an interest in looking into it. When eventually did, then this is what emerged …

As our investigations progressed, the possibility that homeopathy might be more than a placebo therapy became more and more remote. Initially the results were mixed but, as time went by, the most rigorous studies and reviews demonstrated more and more clearly that highly diluted homeopathic remedies had no effect beyond placebo.

That was not the end of the road, because he has also become increasingly concerned about its use – it is not just a harmless sugar pill, its use brings considerable risks …

One of our investigations demonstrated quite clearly that homeopaths might be inflicting considerable harm through issuing wrong advice to their patients. We had shown that many UK homeopaths recommended to parents not to vaccinate their children. Instead, they advised them to use ‘homeopathic vaccinations’, or homeoprophylaxis, as they like to call it, for which there is not a shred of evidence. The phenomenon of homeopaths discouraging parents from vaccinating their kids is now well studied and has been confirmed in many parts of the world. It means that homeopaths endanger the herd immunity of entire populations which might bring back epidemics that we had long considered a thing of the past.

So his focus now is on consumer outreach …

To reach the public, it is necessary to write in newspapers and blogs. I felt that not to take this last step would have meant not fulfilling my moral and ethical duty as a physician and scientist.

I took this decision several years ago. Ever since I have been busy trying to provide responsible information about alternative medicine to the general public. It is no task that brings me money or friends; in fact, it is a quick way to make plenty of (sometimes powerful) enemies. Yet it is a task that has the potential to do an immense amount of good. And that’s why I do it.

As a side note, it is not explicitly mentioned within the article, but if curious there is some history within that last reference to the term “sometimes powerful”. To translate that for you, he seriously ticked off Prince Charles because of his fact-based criticism of alternative medicine, so much so, that Prince Charles arranged for him to get fired.

The above extracts are obviously just a distillation from the original article and so clearly that makes it a lot more powerful right? Nah, just kidding, and yet that is the Homeopath mode of thinking, just dilute and it magically becomes more powerful.

If you don’t know very much about Homeopathy, it might be best to start with the Wikipedia page on the topic, or if you prefer you could consult the NHS guidance site. As for the article itself, my distillation is just a small sample to tempt you into reading it all.

Second comment in, Dana Ullman, an author, journalist and Homeopathy practitioner, proceeds to attack Ernst and cites some rather dubious stuff as proof for his stance. Other commenters proceed to then demolish it all. There is a lot of name calling along with a considerable degree of emotional heat, and no Mr Ullman does not change his mind, he is way too emotionally attached and invested in the belief to be shaken by any of it.

We have been here before, Mr Ullman’s claims have been closely scrutinised and found lacking, and yet his belief persists, not because there is compelling evidence, but rather despite the complete absence of any.

He likes to quote the Langmuir article as “proof”, and yet if he wishes to continue to do so, then he will also need to address the criticisms laid against it, but I suspect the primary reason for his “evidence” is not to convince us, but rather to enable him to retain his investment in an idea that is simply not credible.

Perhaps the idea has power for him because all the evidence has been diluted into none existence.