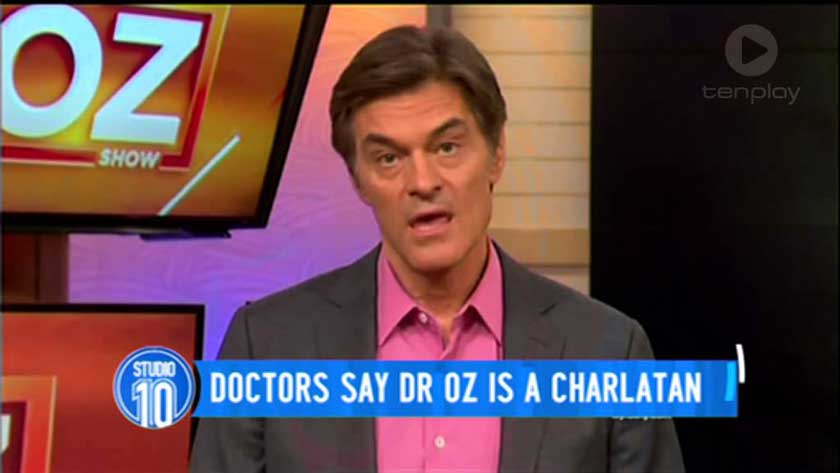 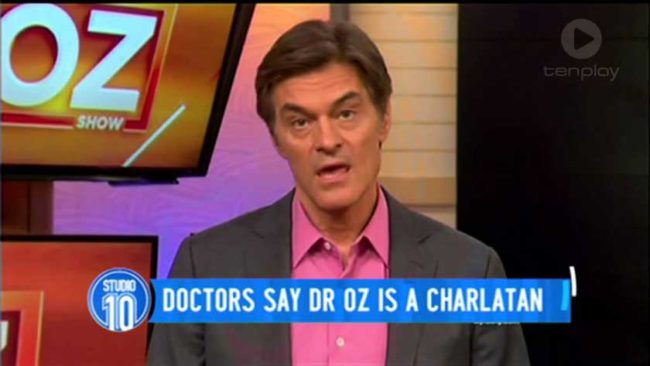 Dr. Oz is a well known proponent of quackery, but when he recently promoted Astrology on twitter as a health solution it surprised some of his critics. The push back he received was well-deserved. Given the degree of embarrassment, he quickly deleted the tweet, but once it is out there then it is not going away …

In short – very, and that is not simply an opinion, it is a well-established evidence-based fact.

Back in 2014 the British Medical Journal published a study on his claims that come via TV shows. The Washington Post also highlighted that at the time, and laid out the results as follows …

The researchers, led by Christina Korownyk of the University of Alberta, charged medical research either didn’t substantiate — or flat out contradicted — more than half of Oz’s recommendations. “Recommendations made on medical talk shows often lack adequate information on specific benefits or the magnitude of the effects of these benefits,” the article said. “… The public should be skeptical about recommendations made on medical talk shows.”

In other words, he might indeed be filling a demand, but the evidence is that most of the advice he dispenses is not evidence based but instead falls into another category labelled “mostly quackery”. In a medical context the wrong advice is potentially life threatening and so that is a serious issue.

They selected 40 episodes from last year, identifying 479 separate medical recommendations. After paging through the relevant medical research, they found evidence only supported 46 percent of his recommendations, contradicted 15 percent and wasn’t available for 39 percent.

Finding that he is now also promoting Astrology for better health should perhaps not be a surprise.

The twitterverse has been having some fun with it …

Maybe I will introduce the astrology guide to contraception:
Taurus – Mirena IUD (the arms look like horns)
Gemini -diaphragm and spermicide (because you need 2
Virgo – abstinence (sorry kids!)
Aries – a coil IUD bc coil looks like Ram horns!
What do you think @DrOz?

Okay, "doctor". As an astronomer, I've got a question for you:

By what mechanism, precisely, do the stars affect the human body?

Oh @DrOz : Did you delete this? This Libra is so disappointed#science #medicine #health #PSEUDOSCIENCE #BULLSHIT pic.twitter.com/zJ0nADIzOM

If you thought it was impossible for @DrOz to sink lower, he's now pushing astrology for health.

Here's the science: astrology is a discredited superstition with zero bearing on your health, & Oz is a scurrilous buffoon. pic.twitter.com/NEkEkxhtbE

I look forward to @DrOz 's upcoming segment: "Are dragons real and should you be worried about their impact on your health?" pic.twitter.com/bPTLBU169z

Astrology can tell you a lot about your mental health. Anyone who believes in it is f$&king nuts.

I believe in the event of a dispute between astrologer and medium the patient would be referred to the town wizard?

Given his public demonstrations of utter medical incompetence, he has of course been especially selected by Trump.

And of course @DrOz is a health advisor appointed by @realDonaldTrump… Our country needs public health administrators who trust evidence over superstition. @aaas @TheOfficialPORP @314action https://t.co/hOnGd6w6Q7

… or to put that another way, the quack bot nails it …