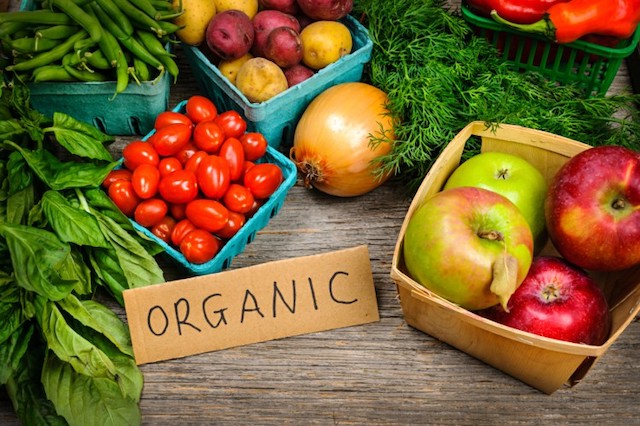 These are not exactly credible sources for anything.

OK, so how about this source …

Oh … the Times ran with it, so it just must be true.

Spoiler Alert: The media hype is not warranted.

Let’s see why by turning to the actual study.

Association of Frequency of Organic Food Consumption With Cancer Risk

Published in JAMA (The Journal of the American Medical Association) on 22nd Oct 2018, the full title is …

This is basically a population-based cohort study of 68, 946 French adults.

The authors of the study were asking themselves this …

What is the association between an organic food–based diet (ie, a diet less likely to contain pesticide residues) and cancer risk?

… and what they found was this …

a significant reduction in the risk of cancer was observed among high consumers of organic food.

This all sounds like conclusive evidence-based proof, but if you dig into the details then you will discover something a bit different.

A correlation does not establish a cause.

Yes they have an association, but what they do not have is evidence for a causal relationship.

There is in fact a good explanation for this association, and it is one that rather strongly suggests that eating Organic is not going to prevent cancer.

The people within their study who were high organic consumers had a lower incidence of cancer …. but …. people who consume organic also tend to be people who have a far healthier lifestyle in general. This is due to the prevailing cultural hype that organic is healthy, hence organ consumers are people who are consciously making healthy lifestyle choices. They tend to consume fruits and vegetables to a far greater degree, also avoid problematic foods, and adopt other healthy lifestyle choices.

How did they eliminate the far more realistic explanations such as eating more fruit and veg than average, having a lower consumption of meat, and maintaining an overall healthier lifestyle, for example by exercising more, avoiding sun exposure, and not smoking?

The answer is that they while they did try, they did not succeed, and so while they have an association, they have also managed to successfully fool themselves, and the media, into concluding that “Organic” is the explanation.

Strangely enough the study itself does make this point …

Multiple studies19–24 have reported a strong positive association between regular organic food consumption and healthy dietary habits and other lifestyles. Hence, these factors should be carefully accounted for in etiological studies in this research field.

… and so they “carefully accounted” for this by … oh wait, they didn’t manage to do that, and that’s the problem.

I’m not guessing or speculating regarding the association between consuming organic and having a far better diet, nor am I even leaning upon other studies. This study itself does contain data that confirms exactly that.

Their data establishes the following …

What would have nailed it is if they had been able to identify individuals who had more or less the same diet, but the food consumed was not specifically organic and that no other factors were in play.

What Does and Does not Prevent Cancer?

The high organic consumers did not have no cancer, then simply had fewer cases – 269 vs 360

Why did that happen?

What is well established by other research is that a far healthier diet and lifestyle does greatly reduce your cancer risk, and putting organic aside, this study does once again verify that association.

In other words the most demonstrably potent means of Cancer risk reduction is to eat plenty of fruit and vegetables, reduce your processed meat consumption, exercise, maintain a healthy weight, and don’t smoke.

Generally, as was demonstrated by this study, people who consume organic also tend to adopt a healthier lifestyle strategy, and that is the more realistic explanation for the observed association.

As for the media hype, well we live in an age when the vast majority of media outlets are cutting costs and so they have done away with experienced science writers. If a study claims it, then for many that is good enough, but often it is not. Doubt is your friend, it is a virtue to be welcomed and not a vice to be avoided.