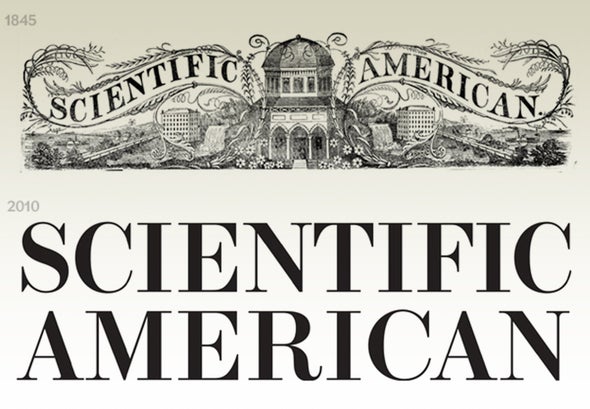 For the very first time in its 175 year history Scientific American has endorsed a political candidate. Let’s take a look at what has been said.

I’m putting these details up because this truly does matter. We have left “normal” far behind and live in extraordinary times. One political party has literally abandoned fact based science.

When political leaders dismiss fact based science as myth, and embrace mythology and conspiracy thinking as fact, then there are consequences. In this case the rather stark reality of policy failure is a body count of 200,000 that is rapidly rising.

Never before has an election mattered as much as 2020 now does.

This year we are compelled to do so. We do not do this lightly.

The evidence and the science show that Donald Trump has badly damaged the U.S. and its people—because he rejects evidence and science. The most devastating example is his dishonest and inept response to the COVID-19 pandemic, which cost more than 190,000 Americans their livesby the middle of September. He has also attacked environmental protections, medical care, and the researchers and public science agencies that help this country prepare for its greatest challenges. That is why we urge you to vote for Joe Biden, who is offering fact-based plans to protect our health, our economy and the environment. These and other proposals he has put forth can set the country back on course for a safer, more prosperous and more equitable future.

The pandemic would strain any nation and system, but Trump’s rejection of evidence and public health measures have been catastrophic in the U.S. He was warned many times in January and February about the onrushing disease, yet he did not develop a national strategy to provide protective equipment, coronavirus testing or clear health guidelines. Testing people for the virus, and tracing those they may have infected, is how countries in Europe and Asia have gained control over their outbreaks, saved lives, and successfully reopened businesses and schools. But in the U.S., Trump claimed, falsely, that “anybody that wants a test can get a test.” That was untrue in March and remained untrue through the summer. Trump opposed $25 billion for increased testing and tracing that was in a pandemic relief bill as late as July. These lapses accelerated the spread of disease through the country—particularly in highly vulnerable communities that include people of color, where deaths climbed disproportionately to those in the rest of the population.

It wasn’t just a testing problem: if almost everyone in the U.S. wore masks in public, it could save about 66,000 lives by the beginning of December, according to projections from the University of Washington School of Medicine. Such a strategy would hurt no one. It would close no business. It would cost next to nothing. But Trump and his vice president flouted local mask rules, making it a point not to wear masks themselves in public appearances. Trump has openly supported people who ignored governors in Michigan and California and elsewhere as they tried to impose social distancing and restrict public activities to control the virus. He encouraged governors in Florida, Arizona and Texas who resisted these public health measures, saying in April—again, falsely—that “the worst days of the pandemic are behind us” and ignoring infectious disease experts who warned at the time of a dangerous rebound if safety measures were loosened.

I really can’t imagine that there are many or even any Scientific American subscribers or readers amongst the hard core of his base. These are evangelical fanatics and adherents who reject our modern scientific understanding, so there will be no rush to unsubscribe because Scientific American have taken this stance.

I do truly welcome it.

“This is no time to deny that those things are real or to spread lies and misinformation,”

Who is better placed to add valuable weight to public debates about the key problems we’re facing, than those who represent the voice of evidence, reason and debate (such as Scientific American)?

Even The Onion wades in with a bit of satire …