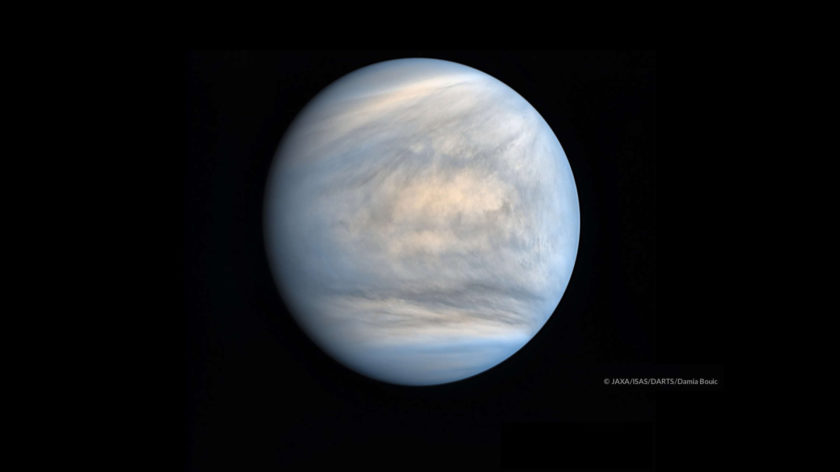 You will perhaps have seen the various stories about the possible discovery of life on Venus. So what exactly is it that has been found and why does this open up the possibility of life?

Let’s briefly take a deeper look into all of this.

Study: Phosphine gas in the cloud decks of Venus

Published in Nature Astronomy on Sept 14, 202 this is a wholly appropriate cautious description of the observation that has been made.

What exactly has been discovered?

Here we report the apparent presence of phosphine (PH3) gas in Venus’s atmosphere, where any phosphorus should be in oxidized forms. Single-line millimetre-waveband spectral detections (quality up to ~15σ) from the JCMT and ALMA telescopes have no other plausible identification. Atmospheric PH3 at ~20 ppb abundance is inferred.

Now why does this open up the possibility of life?

We know how to manufacture it here on earth. The problem with this production path is that it takes enormous amounts of energy. You need very high temperatures and pressures to form phosphine and so it does occur naturally within the gas giants in the solar system where we find such conditions. There rests the problem. Such conditions don’t exist on Venus.

It gets a bit more challenging than just the above.

It can’t persist within the atmosphere of Venus. When subjected to the prevailing conditions there, (ultraviolet radiation and carbon dioxide), it breaks down. Whatever is the source needs to be constantly renewing it to be able to sustain the levels detected.

There is another way for phosphine to be created. Life. It is also generated by anaerobic ecosystems on Earth. An anaerobic ecosystem is one in which there exists an anaerobe. This is any organism that does not require oxygen for growth. It may react negatively or even die if free oxygen is present.

In summary, the existence of phosphine has been previously proposed as a marker for life …

If detected, phosphine is a promising biosignature gas, as it has no known abiotic false positives on terrestrial planets from any source that could generate the high fluxes required for detection.

But Venus is so hot it will melt lead … how can there be life?

It is indeed true that the surface is hostile. Too much pressure and way too hot. I really do mean too much pressure, it is about 90 times that of earth, and by hot, I mean 900°F hot. In 1975, the Soviet Venera 9 and 10 landers made it to the surface and transmitted pictures. Despite the cooling systems within the probes, they lasted just 53 minutes. The 1982 Venera 13 and 14 landers did a bit better, venera-13 lasted 127 minutes and venera-14 survived 57 minutes.

How can there be life?

Up above the surface, many miles up, it is a lot cooler. In fact it is ideal, a nice warm 20-30°C. There the pressure is a lot less as well, and is more akin to the pressure we find here on earth at sea level. If there is life there, then this is a perfect place for it to be.

So is it life?

The very best most honest answer is … “perhaps”.

The leap to “it is life” is just too big a leap to make. There does exist the distinct possibility that some unknown natural process explains all the phosphine and it is not life.

The authors of the paper do recognise this …

If no known chemical process can explain PH3 within the upper atmosphere of Venus, then it must be produced by a process not previously considered plausible for Venusian conditions. This could be unknown photochemistry or geochemistry, or possibly life. Information is lacking—as an example, the photochemistry of Venusian cloud droplets is almost completely unknown. Hence a possible droplet-phase photochemical source for PH3must be considered (even though PH3 is oxidized by sulfuric acid). Questions of why hypothetical organisms on Venus might make PH3 are also highly speculative…

…Even if confirmed, we emphasize that the detection of PH3 is not robust evidence for life, only for anomalous and unexplained chemistry. There are substantial conceptual problems for the idea of life in Venus’s clouds—the environment is extremely dehydrating as well as hyperacidic. However, we have ruled out many chemical routes to PH3, with the most likely ones falling short by four to eight orders of magnitude (Extended Data Fig. 10). To further discriminate between unknown photochemical and/or geological processes as the source of Venusian PH3, or to determine whether there is life in the clouds of Venus, substantial modelling and experimentation will be important. Ultimately, a solution could come from revisiting Venus for in situ measurements or aerosol return.

There is an interesting twist to all of this

Astronomer Phil Plait introduces an interesting twist, something that is not commonly known by the wider public.

when observed in ultraviolet there are weird dark patches in Venusian clouds that are very difficult to explain. A semi-whacky idea proposed a while back is that there are huge clouds of bacteria floating there that absorb the UV light. It’s a bit out there, but not too far out there. And here we have phosphine at about the same altitude over the surface of Venus. Hmmm.

Oh wow, now that is interesting (look at picture at top of this posting to see it) … but is still just speculation.

Bottom line: We have an intriguing observation, one that will inspire NASA and/or others to go and look, but no solid answer … yet.