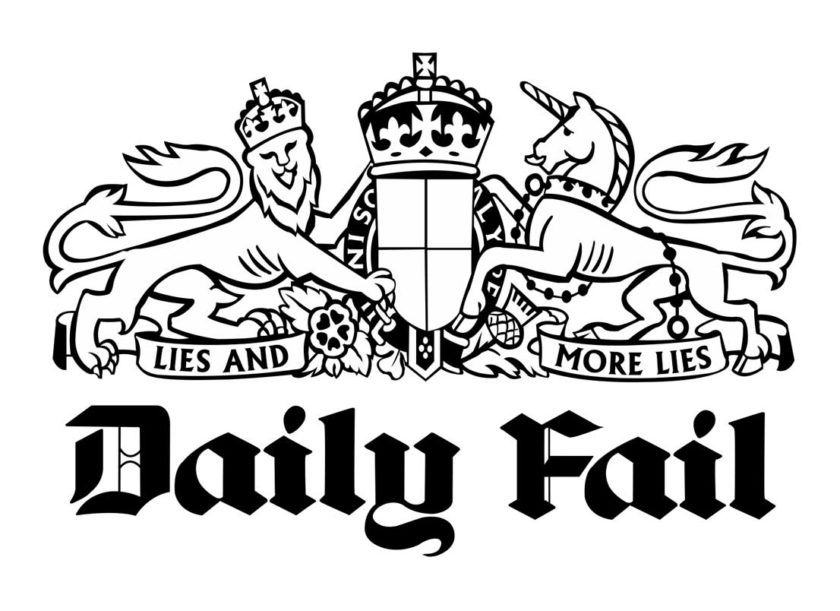 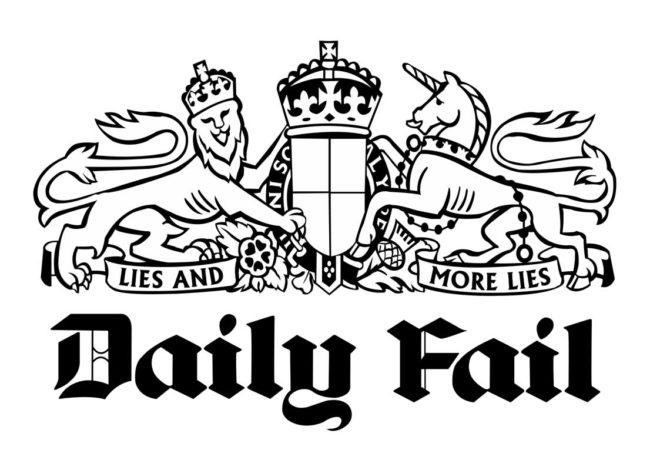 Last February Mail journalist David Rose penned one of his Climate change denial articles for the Mail on Sunday and the Daily Mail. I blogged about it at the time and explained exactly why it was nonsense.

The claims presented within his article entitled “Exposed: How world leaders were duped into investing billions over manipulated global warming data” made the following claims …

Sounds amazing and dramatic. There is however one little flaw … none of it was actually true.

He actually strove to take it further than just a tweet and (as reported by the New York Times) also wrote to NOAA seeking more information on Mr. Karl’s study, which he said raised questions “as to whether the science at NOAA is objective and free from political interference.”

Hilarious screw up by @DavidRoseUK and #FailOnSunday
1st picture is 'evidence' of misconduct, 2nd shows diff when baselines are correct. pic.twitter.com/R5VsqqlNHr

Some went even further. Bob Ward, the policy and communications director at the Grantham Research Institute on Climate Change and the Environment at the London School of Economics, decided to take it all to the next level and filed an official complaint with the UK’s Independent Press Standards Organization (IPSO).

The latest update is that his complaint has been upheld by IPSO and they have now ruled in his favour and against the Mail.

As a result the Mail has now been forced to publish a retraction in the Mail On Sunday yesterday (17th Sept 2017).

Here is that retraction.

Following an article published on 5 February 2017 in the Mail on Sunday, headlined ‘EXPOSED How world leaders were duped over global warming’, Bob Ward complained to the Independent Press Standards Organisation that the newspaper had breached Clause 1 (Accuracy) of the Editors’ Code of Practice. IPSO upheld the complaint and has required the Mail on Sunday to publish this decision as a remedy to the breach.

… The complainant said that the significance of Dr Bates’ concerns about the archiving procedures had been misrepresented in the article, and the newspaper had taken no steps to establish the veracity of Dr Bates’ claims. World leaders had not been ‘duped’, as the headline said, and there was no ‘irrefutable evidence’ that the paper was based on ‘misleading, unverified data’, as the article had claimed.

The Committee emphasised that its central concern was whether the article had accurately reported Dr Bates’ concerns. It decided that the newspaper’s claims that Dr Bates’ testimony had provided ‘irrefutable evidence’ that the paper had been based on ‘misleading, ‘unverified’ data’, leading – as the headline claimed – to world leaders being ‘duped’ over global warming, and ‘convinced’ to invest billions in climate change, went much further than the concerns which Dr Bates had detailed in his blog or in the interview; they did not represent criticisms of the data collection process, but rather, were assertions of fact that the data had been demonstrated conclusively to be wrong and had a significant impact on the decision making of world leaders, with an additional implication this had been part of a wilful attempt to deceive.

The article claimed that because of the NOAA’s ‘failure to ‘archive’ the data, ‘its results can never be verified’. The Committee did not consider that the article had made sufficiently clear that the failure to archive, had been a failure to archive the data through a particular method, and that the data had been made publicly available. In characterising Dr Bates’ claims in this way the newspaper had failed to take care over the accuracy of the article, in breach of Clause 1 (i) and had then failed to correct these significantly misleading statements, in breach of Clause 1 (ii).

The real Cherry on the cake here is that the Mail itself has been forced to publish this ruling. I don’t normally ever wish to link to the Mail because they are not a reliable source for anything; they are just a click-bait site. In this case however, I do indeed believe that the Mail have now published something that is well worth linking to and highlighting.

As a bit of further insight, the source for David Rose’s article in the Mail was an interview with Dr. Bates, an ex NOAA employee. The reason that IPSO upheld the complaint was not because they promoted a climate denying stance that was not scientific, but because the claims made by David Rose within the article did not reflect the views articulated by Dr. Bates, and went way beyond anything he said.

As for the actual concerns raised by Dr Bates, the background to it all is that he is your classic example of a disgruntled employee who was ticked off about not being promoted. The New York Times ran an article last February about all the details and explained how he became so ticked off …

A few weeks ago, on an obscure climate-change blog, a retired government scientist named John Bates blasted his former boss on an esoteric point having to do with archiving temperature data.

It was little more than lingering workplace bad blood, said Dr. Bates’s former co-workers at the National Oceanic and Atmospheric Administration. Dr. Bates had felt he deserved his boss’s job at NOAA, they said, not the demotion he received.

But in what seems like a remarkable example of office politics gone horribly wrong, within days the accusations were amplified and sensationalized — in the pages of the British tabloid The Mail on Sunday — inciting a global furor among climate-change deniers.

The NYT reports yesterday that Mr Ward who formally filed the complaint about the misleading Mail article and has had that complaint upheld, expressed the following hope …

“The Mail on Sunday had a long history of publishing articles that were inaccurate and misleading about climate change. We’re hopeful that following this the editor will be somewhat more skeptical about stories that Mr. Rose brings to them,”

Unfortunately past behaviour is often a predictor of future behaviour, and so I do not personally anticipate that the Mail, a media outlet that is principally motivated by advertising revenue, to suddenly show an interest in either integrity or honesty. I expect that they will continue to pump out stuff that drawn in clicks, and will in due course most probably publish yet another David Rose climate denial article when the opportunity presents itself and all the current fuss has died down.