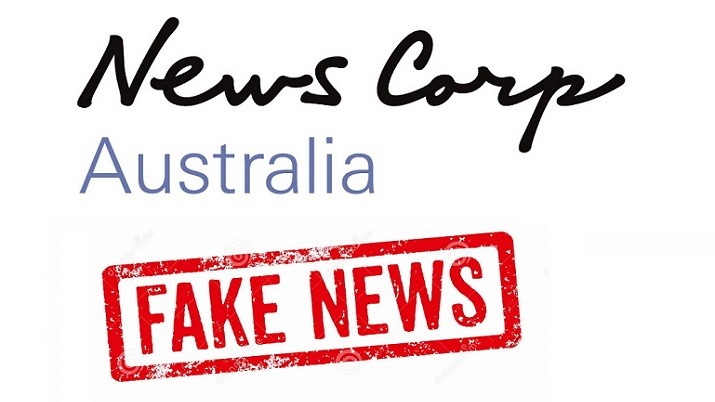 Rupert Murdoch, the founder and chairman behind a vast media empire commonly known as News Corp, recently made this public statement …

“there are no climate change deniers around I can assure you”

“What do you believe is the global role of News Corp in the geopolitical climate? If you do believe in climate change, Mr Mayne is interested to hear why News Corp gives climate deniers like Andrew Bolt and Terry McCrann so much airtime in Australia?”

Murdoch responded with a promotion of his company’s corporate carbon reduction goals, saying “we have reduced our global carbon footprint by 25% six years ahead of schedule”

OK, let’s dig into this a bit.

There is some rather easy low-hanging fruit here, so lets get that out of the way. News Corp owns and runs Fox News. They are rather well-known and infamous for both their climate change denial, and also the promotion of outright utter bullshit. It is an outlet where facts don’t matter.

The claim that “there are no climate change deniers around I can assure you”, is within News Corp a rather obvious a lie.

Is Rupert Murdoch a Climate Denier?

At the recent AGM he appears to be taking the stance that he is not. There are however tweets such as these for a few years ago …

He has also previously taken a stance such as this one in 2006 where he appeared to shift his views away from scepticism – the planet “deserves the benefit of the doubt”. But those tweets clearly come after that. In fact, he has in 2014 said on Sky News in 2014 that climate change should be treated with “much scepticism.”

More recently the well-known Climate Denier Andrew Bolt describes Murdoch as a sceptic in 2018, so yes, he is a denier. He simply plays games with words and rejects terms such as “Denier” and instead opts for words such as “sceptic”.

I was recently writing about “The Australian”, an outlet owned by News Corp. They vigorously promoted a false claim that the bushfires had been caused by Arson. As you might imagine they received rather a lot of pushback for that because it was demonstrably not true. To try and recover, last Saturday they ran this editorial ….

It said its coverage of the bushfires had been “wilfully and ineptly misrepresented by the New York Times and Guardian Australia as climate denial”.

The ever so tiny flaw with their editorial stance is that it does not stand up to a review of their history. Their Wikipedia page describes their stance as follows …

The Australian presents varying views on climate change, including articles by those who disagree with the scientific consensus such as Ian Plimer, and authors who agree with the scientific consensus such as Tim Flannery and Bjørn Lomborg.[22] A 2011 study of the previous seven years of articles claimed that four out of every five articles were opposed to taking action on climate change.[23][24]

That was then what about now?

Even after their claim “Bushfires: Firebugs fuelling crisis as national arson toll hits 183” was revealed to be utter BS and blatantly false, that story is still online and available. They simply added a few corrections in the small print, but left the title unchanged.

From Inside News Corp

“This does not offset the impact News Corp reporting has had over the last few weeks, I have been severely impacted by the coverage of News Corp publications in relation to the fires, in particular the misinformation campaign that has tried to divert attention away from the real issue which is climate change to rather focus on arson (including misrepresenting facts).

“I find it unconscionable to continue working for this company, knowing I am contributing to the spread of climate change denial and lies. The reporting I have witnessed in the Australian, the Daily Telegraph and the Herald Sun is not only irresponsible, but dangerous and damaging to our communities and beautiful planet that needs us more than ever now to acknowledge the destruction we have caused and start doing something about it.”

When asked about this, News Corp explained …

News Corp did not “deny climate change or the gravity of its threat”.

“However, we – as is the traditional role of a publisher – do report a variety of views and opinions on this issue and many others that are important in the public discourse on the fires,” he said.

My own personal view is that News Corp, the folks who gave us Fox News, are not a reliable credible source. They might indeed run stuff that is true, but they also give a platform to utter BS and that’s not the odd blip or honest mistake, it is a constant gushing river of misinformation, distortion and outright lies. Facts simply don’t matter to them, they are about running what sells, not integrity or truth.

Does this put Murdock in the role of a Bond villain?

It just might, and I’m not the first to think that …

It looks like News Corp misinformation is now the news …