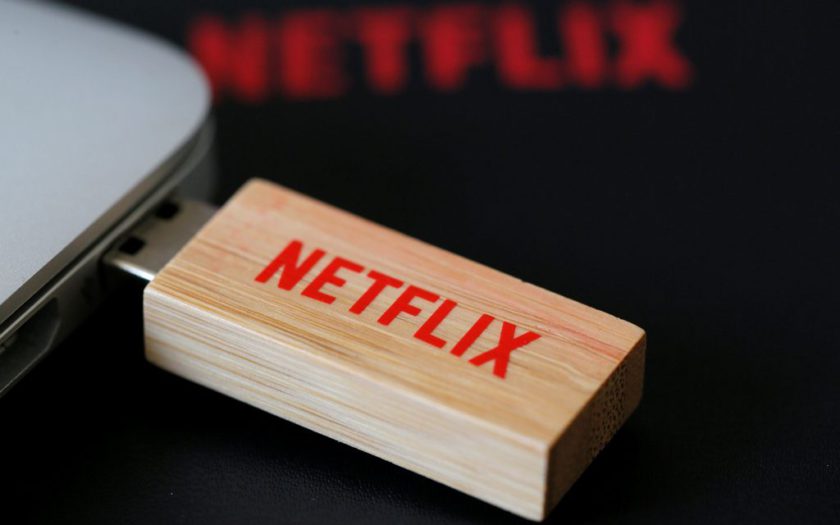 A spate of articles published within reputable media outlets all repeat the claim that streaming Netflix will have a rather large CO2 impact.

Note that they all cite a report by the French Shift project. The report in question is this one that was published in July 2019 …

“CLIMATE CRISIS: THE UNSUSTAINABLE USE OF ONLINE VIDEO”

The essence of their claim is that streaming was responsible for more than 300m tonnes of CO2 (MtCO2) in 2018.

The media narrative leans upon this Shift report, so the real question to ask is if this report is robust and solid.

Much of what the report articulates rests upon a 2015 paper titled “On Global Electricity Usage of Communication Technology: Trends to 2030”. They have combined that with a set of assumptions and ended up unintentionally exaggerating the energy consumption.

Are they a tiny bit wrong?

Nope they are many orders of magnitude wrong …. 30 to 60 times wrong.

Flaw 1 – Their estimated Bitrate for streaming is wrong

it overestimates bitrate, the amount of data transferred each second during streaming, apparently assuming a figure of 24 megabits per second (Mbps), equivalent to 10.8 gigabytes (GB) per hour. This is six times higher than the global average bitrate for Netflix in 2019 (around 4.1 Mbps or 1.9 GB/hr, excluding cellular networks) and more than triple the transfer rate of high-definition (HD, 3 GB/hr). Other typical transfer rates are 7 GB/hr for ultra-high definition (UHD/4K) and 0.7 GB/hr for standard definition (SD).

Exactly how did they get that wrong?

They accidentally interpreted 3Mbps as 3 Mb per second. Bits and bytes are not the same thing. A byte is 8 bits.

Flaw 2 – They got the datacenter Energy intensity wrong

Flaw 3 – They got the Energy intensity of networks wrong

the Shift Project overestimates the energy intensity of data transmission networks by 6- to 17-fold. This is the result of high energy-use assumptions for various access modes – for example, 0.9 kWh/GB for “mobile” compared to my estimate of 0.1-0.2 kWh/GB for 4G mobile in 2019. The Shift Project also assumes a higher share of data transfer through more energy-intensive mobile networks compared to WiFi, which it puts at one-third of the total compared to less than 10% based on Netflix data.

Flaw 4 – They got the energy consumption of devices wrong

This actually works the other way …

Implications of all these flaws soon adds up

streaming a Netflix video in 2019 typically consumed 0.12-0.24kWh of electricity per hour, some 25- to 53-times less than estimated by the Shift Project

In other words, your own personal choices such as what device you use, what network you use to access streaming, and what resolution you pay for, will all greatly influence the actual CO2 footprint.

So what is the actual Netflix CO2 footprint?

Many of the media stories citing this report utilise 30 minutes of Netflix as their measuring rod. Let’s use that.

Here is an illustration of this from carbonBrief …

The other illustration used is driving distance for a conventional car. Let’s also correct that measuring rod.

Turtles all the way down

Assumptions are also built upon prevailing conditions at a point in time. Yes, you can make calculations for the CO2 footprint of power consumption, but what is neglected in such calculations is that the actual CO2 impact will vary from nation to nation. What also happens is that as time passes the power industry is rapidly transitioning in many places to clean renewable sources …

But demand is rising

Indeed it is. However, coupled with a rising demand is also a rapidly rising degree of efficiency. This makes it immensely challenging to quantify the net environmental impacts over time.

Make no mistake here. The goal of the Shift project is to make a case for moving to a post-carbon economy. That is to be applauded, it truly does merit your strong support.

Truth and accuracy does also matter.

The Shift project have no nefarious deception in play, it is simply an honest mistake. Making such calculations is deeply challenging, so much so, that you are often forced into making assumptions. If however you get your assumptions wrong then your conclusions will also be wrong. In this case many orders of magnitude wrong.

Streaming video is a fairly low-emitting activity, especially compared to driving to a cinema, for instance. As consumers, we can further reduce our environmental footprint by streaming at lower resolutions, using smaller devices and screens, as well as connecting through WiFi instead of mobile networks. Replacing devices less often can also help, since production accounts for more than two-thirds of the lifecycle carbon emissions of mobile devices, and electronic waste is a growing problem across the world.

What is indisputable is the need to keep a close eye on the explosive growth of Netflix and other digital technologies and services to ensure society is receiving maximum benefits, while minimising the negative consequences – including on electricity use and carbon emissions.

Instead of relying on misleading media coverage, this will require rigorous analysis, corporate leadership, sound policy and informed citizens.