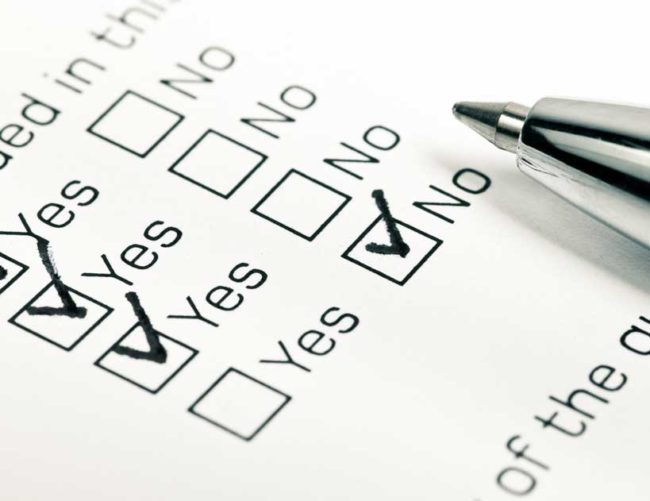 A recent poll demonstrates that while Donald Trump and the Republican party are in complete denial of reality, most of the public are rather sensible, and are not like this.

There is also a deeper message here as well, one that is very encouraging, but hidden in the details. First, before we get into that, let’s ask ourselves about the poll itself and how accurate it is.

What is the source here?

On a regular basis, Quinnipiac University, does a poll that is generally highly respected and so it is cited by journalists, public officials and researchers on a regular basis.

The latest data that I’m looking at comes from their poll dated 5th April.

How well respected is their poll?

Known for its exactness and thoroughness, the Quinnipiac poll is featured regularly in The New York Times, The Washington Post, USA Today, The Wall Street Journal and on national network news broadcasts. In 2010, respected public opinion polling analyst Nate Silver ranked the Quinnipiac University poll as most accurate among major polls conducting surveys in two states or more. The Quinnipiac poll was also called “the standout performer” by City and State for the most accurate prediction in the Democratic primary for New York City mayor in 2013.

The Asbury Park Press wrote, “The Quinnipiac University Poll is considered the gold standard in the business, frequently lauded by USA Today and other national media organizations for its information and accuracy.”

What Exactly do they do?

They explain it as follows …

For a typical public opinion survey, a randomly selected sample of about 1,000 registered voters age 18 and over is interviewed over five or six days. The polls are conducted at the Polling Institute on West Woods Road, close to the Mount Carmel and York Hill Campuses.

The highlights from this latest poll are as follows:

The U.S. should discourage the use of coal because of environmental concerns, 56 percent of voters say

Also, not related to climate but still perhaps of interest, are the following statistics from that same poll …

Ho hum … yet another poll, so what.

OK, so I have a rather interesting point here, one that has been missed by most reporting on this. Dig a bit into the numbers and you will discover something rather fascinating. There is a rather consistent and persistent generational split right across many of the questions.

Take note of how the younger people are, the more sensible they are.

Q36. As president, do you think Donald Trump should – lower taxes on the wealthy, or not?

Q37. As president, do you think Donald Trump should – remove specific regulations intended to combat climate change, or not?

Q38. As president, do you think Donald Trump should – support efforts to repeal the Affordable Care Act, also known as Obamacare, or not?

In the context of that last one, I do also wonder if the over 65 were asked, “Do you think Donald Trump should just shoot the over 65’s“, about half of them might indeed vote “Yes, of course“.

Q42. Do you support or oppose building a wall along the border with Mexico?

Q44. Do you think that significantly cutting funding for scientific research on the environment and climate change is a good idea or a bad idea?

The response to question after question demonstrates that the younger you are, the more sensible you are.

Does this imply that as you age you are more inclined to become nuts?

No, not at all. Each and every successive generation does better than the last, learns from the mistakes of the previous generation, and does a better job.

It is a popular religious belief that the world is going to hell and is getting worse all the time. The statistical facts tell us a rather different story. With each passing generation the world becomes a better place.

Within his 2011 door-stopper of book, “The Better Angels of Our Nature: Why Violence Has Declined“, Steven Pinker lays out the case for this ongoing trend.

As an example of such a trend, we live in a world today where almost nobody thinks slavery is a good idea. Go back in history, not too far, and you find that many people argued in support of slavery, and would even quote the bible to support that stance. What has changed is not that people were persuaded that they were wrong and changed their minds, but rather that those people are now dead and have been replaced by successive generations that simply do not think the same way, but instead embraced a better way.

We might be tempted to grasp for depression and anxiety when faced with the antics of the new administration, but it is quite literally a last gasp of an outmoded way of thinking.

As the poll reveals, the next generation will do a far better job. This is not simply a bit of wishful thinking, but rather is a demonstrable statistical fact.

Come the mid-terms and then on to 2020, things may indeed be better, not because people will vote differently, but because many of those in the older generation that supported some truly bad ideas will simply no longer be around to vote that way again.

Rather ironically, if the repeal of the Affordable Care Act had actually happened, then that would have greatly helped to accelerate this.