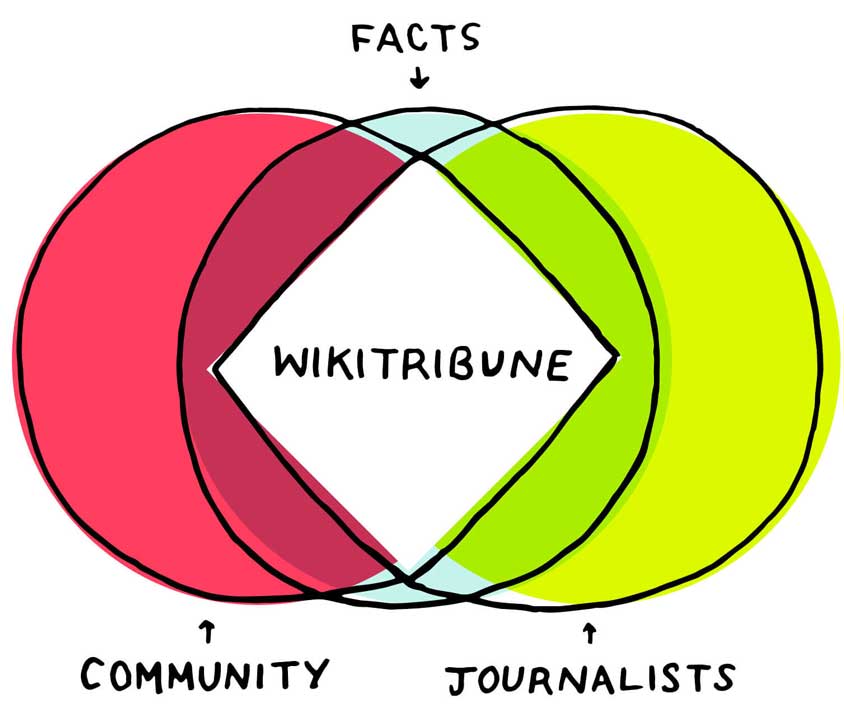 When Jimmy Wales, the founder of Wikipedia, listened to Kellyanne Conway talking about alternative facts, his response was not to simply rant, but instead to come up with a decisive plan to tackle the problem. From this “alternative inspiration” was born his vision of blending the Wikipedia model with News and so now we have the imminent emergence of WikiTribune.

The news is broken and we can fix it #WikiTribune
Support us at https://t.co/izeIUC1nf5 pic.twitter.com/psxx25pGkU

You can find the Wikitribune website here. At this point in time it simply explains what the concept is, contains the clip of Jimmy Wales outlining evidence based journalism, and has a button you can click to become a supporter.

The site explain it as follows … 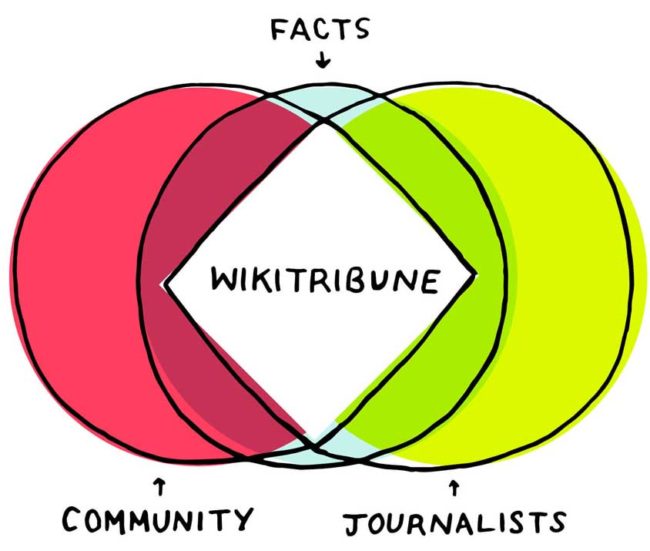 A new kind of news platform.

p style=”padding-left: 30px;”>Wikitribune is a news platform that brings journalists and a community of volunteers together.

We want to make sure that you read fact-based articles that have a real impact in both local and global events. And that stories can be easily verified and improved.

There are a couple of key points to appreciate …

“Realistically, in terms of saying the community can really have control, a lot of people from traditional newsrooms have really had trouble getting their head around that.” – Jimmy wales

The BBC lays out the facts and then has some analysis …

I argued recently that charity is a poor basis for journalism; much better to get users to pay. Wales agrees. He thinks by asking users to invest financially, they are more likely to invest emotionally too. I think he’s onto something – but it depends on whether what they get as a result is worth investing in.

And here’s the rub.

Nobody, but nobody, has as much credibility as Jimmy Wales when it comes to proving the wisdom of crowds exists online, or that the sheer scale of the open web allows knowledge to be shared and chronicled. But can the spirit of public participation that drove an online encyclopaedia also drive online news?

We don’t know, because the fascinating thing about Wikitribune – whose name is redolent of old newspapers – is that it isn’t just reinventing the commercial model for journalism: it’s reinventing the editorial one too.

The UK’s Guardian compares it to De Correspondent …

Dutch news website De Correspondent, for instance, was launched in 2013 after a €1m (£850,000) crowdfunding campaign, with a goal of focusing on reporter-led in-depth coverage of a select few topics backed up by strong involvement from a community of financial backers.

But Wales thinks that such comparisons do Wikitribune down. “I’m not sure that anyone’s ever been as radical as I am,” he said.

An combined approach like Wikitribune’s can be more successful than WikiNews has been, he said, because it’s a hybrid of the paid and volunteer models. “You have an operational command structure that’s based on full-time staff. The pro journalists and editors provide the supervision on how the story moves forward. The crowd does the heavy lifting on a lot of the combing, sifting, searching, checking. You let the crowd do what the crowd is good at.”

The hope is that the same culture generated by Wikipedia’s editors will blossom inside Wikitribune. Those values will be helped in part by the site’s business model — with no advertiser funding, the site can avoid the click-chasing and click-bait stories that have plagued other sites and reduced reader trust.

So will it work?

The challenges faced by Wikitribune are quite frankly daunting, and so here are a few things to seriously consider.

Will 10 journalists truly make an impact or even cope? Major news organisations contain a vast staff that is often numbered in the thousands for a reason. They need reporters, editors, fact-checkers, copy editors, photographers and so on to be able to scale out.

For many, evidence based truth is a liberal conspiracy. Overcoming that perception is a challenge for anybody attempting to address the fake-news challenge. Just one rogue article is sufficient to blow a reputation. However, I do think they have a handle on this, because while anybody can edit and/or submit, it only goes live after it has been reviewed and fact-checked by either staff or a trusted volunteer.

Many of you reading this have a day job. How would you, and others doing that type of job, feel about a new initiative to get volunteers to step forward and do that job for free?

I suspect you might not be all that thrilled at the prospect of something that is potentially highly disruptive emerging like this.

The fear is real, but in reality I suspect it will not kill traditional media. Instead it will potentially create a new niche for itself, perhaps as an aggregator of fact-checked reliable unbiased news. What it can never really do I suspect is to replace the hard graft of the professional journalist who utilises many years of experience to stitch together snippets of disconnected information over a long period of weeks or even months with the backing of a large team of investigators and so weave a tapestry that tells an insightful story.

Not many people thought that Wikipedia could work, and yet clearly it has. When executed well the community model both thrives and flourishes. Wikitribune now also has some people doubting its viability. The truth is that the jury is out and nobody knows what the verdict will be.

Personally, I think it can and will work well.