OK, these are just a few very brief notes and pictures from #BHA2015 that is taking place this year in Bristol. One initial observation, this is not simply about coming to listen to some fascinating talks, but is also all about meeting some truly fascinating people, so if you are actually here in Bristol at the conference, don’t hang back, wander up to complete strangers and say “Hi’, and yet having said that, the focus of these notes will just be the talks, so that is all just part of a far bigger matrix of activity.

Yes, I missed most of Friday, but was here for Friday evening, so I’m starting these notes with the opening session on Saturday morning.

The first talk was to have been by Francesca Stavrakopoulou, but unfortunately she is not well and instead Dr Caroline Watt has stepped in to give a fabulous talk entitled … 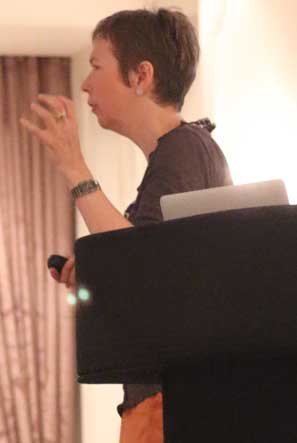 She outlined how the Koestler Parapsychology unit was established, and then outlined why such research takes place. The key is that many people do believe that telepathy, ghosts, psychic healing, etc are real.

So what do they do? They work out how we fool ourselves, and how do psychics fake and fool others.

“Is there life after death?” is the focus of her talk today.

Souls .. is there any evidence? McDougall tried to weigh one in 1907 by weighing dying people to see what could be measured. It led to a claim that we all lose 21 grams … but nobody could ever actually verify his claim.

Watters in 1933 tried to take pictures of departing souls, once again he made claims, but nobody could ever reproduce them.

Eben Alexander is a more recent example of an NDE claim [We get to see a clip of him making his claim], and then the various attributes that are common to NDEs. Can we test any of these?

Actually yes, Sam Parnia did a study in 2014 in which that places images that could only be seen on a high shelf by a supposedly departing soul floating above … ran study for seven years … and nobody ever saw any of the images.

So what does cause all this? A rather interesting observation is that only 40% of the people having NDEs are not actually in any physical danger of dying.

Drugs and extreme human experiences (skydiving) can induce the same emotions that occur in NDEs.

Paper – “There is nothing paranormal about near death experiences”

Ghost pictures – asked people to submit their best examples and they got over 1000 submissions and then 1.5 million visited the site.

Takes us through a list of “ghost” pictures that any not. (Lots of laughter – you needed to be there). Talks about Pareidolia and goes through some great examples to illustrate much of this.

So what about the pictures that made it though? Well, here are the winners and also the results of their investigation. 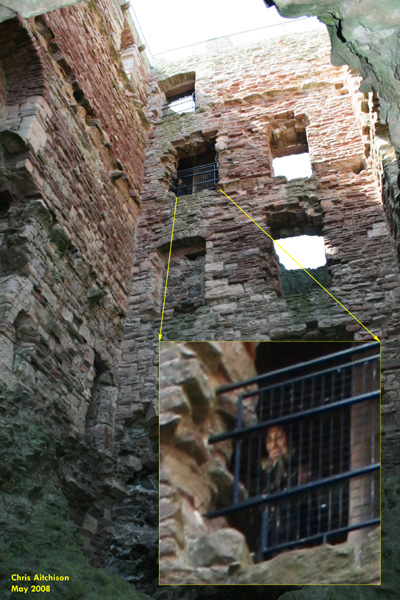 To sum up … is their evidence for life after death? No. 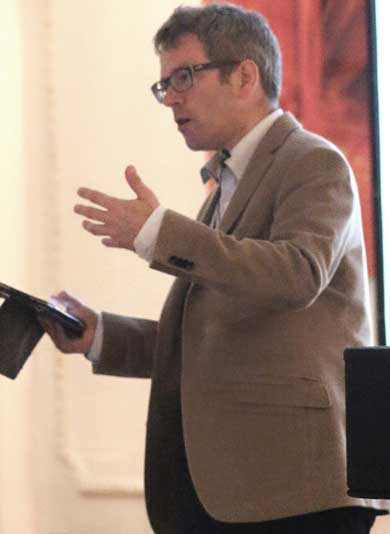 Tim is a historian and so has a deep insight into the history of secular ideals.

All the arguments raised today were also raised by the Greeks. Our modern word “Atheist” comes from a greek work.

Up until the conversion of the Roman Empire to Christianity, atheist was not a controversial position to hold. An example is Pliny

Natural History by Pliny – Pliny himself defines his scope as “the natural world, or life”

Modern Atheism owes a great deal to the Greco-Roman heritage.

Tim then proceeds to give us a great quantity of detail … sorry, my notes and a tad sparse, I was slightly distracted listening to it all.

No one in the ancient world ever fought a war in the name of Zeus, Jupiter, Baal etc

The job of priests was to make sure the sacrifices were performed, they had no sacred books, and did not make moral pronouncements. The emergence of religious texts with magical properties was a later development and was an idea that was quite alien to the Greeks.

For religious oppression to exist you needed to have the social mechanisms and those silly did not exist in ancient Greece.

Ancient Greece was not politically unified, it was highly complex and fragmented so there was a lot of pluralism. Apollo had specific regional varieties. Each was different, and the religious practises were also different. Polytheism tended to echo this political reality and is ideally suited to such a landscape. Monotheism is in turn an echo of centralised power – Constantine imposed and supported a monotheistic belief, this in turn inspired and motivated religious violence.

Monotheistic beliefs (Christianity and Islam) do a political job, they impose the power of the ruler and cannot be questioned.

Christianity and Islam cannot be reconciled, in political structural terms.

Ideally we need the Classical Greek model where a vast diversity of beliefs and non-belief are accommodated. It will take us a long journey to get there, but the fact that it has been done before gives us some hope. 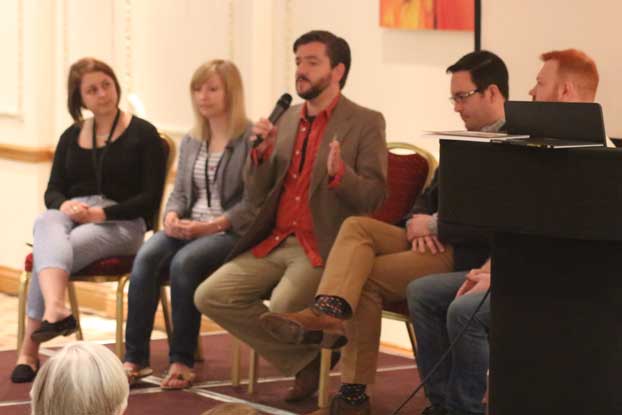 Quick updates on what the BHA plans in the coming year from the various work streams.

14:00 How to get the Most From Your One Wild and Precious Life – Dr Phil Hammond – @drphilhammond 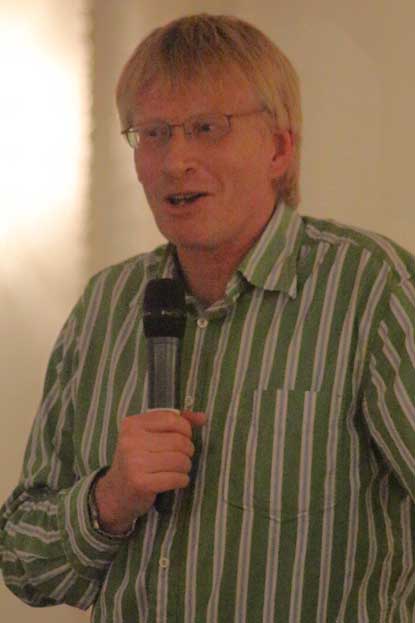 What is the meaning of life? His dad suggested we are all slowly returning to room temperature.

The purpose of life is to love and be loved.

[Encourages audience to turn to person on left or right and tell them that you love them.]

So who regularly loves themselves? Self compassion is very fundamental. We quite enjoyed their own company (Netflix and a bottle of wine helps).

In health care about 70% of preventing yourself getting sick is very much down to how we live our lives.

[Asks audience to join hands and pledge to pleasure themselves in a safe and sustainable way.]

Happiest man he ever knew was his Uncle Ron who never accomplished anything in an academic context. 80% of the stuff that lands in your inbox is complete bollocks, often “fuck it” works quite well.

“The NHS was founded on love. Everything has to be seen through a prism of compassion”

Love and be loved

“I debated the health and social care bill with Andrew Lansley, remember him? He was a twat”

GPs in supermarkets … checkout for 6 symptoms or less.

“In any complex organisation there is no structure that works”

“We have got to somehow get the love back”

The idea of universal health care is going. Gives an example of an NHS Truest that is not tendering to provide services because it is not profitable – “that really worries me”

“Life is a pool of shit, and our job is to direct people to the shallow end”

Lots of promises from the government … “Its just nonsense”.

What does it cost and does it work?

We are all going to die, so lets make it a good one.

Tactics for Living – connect with the team treating you, learn their names, noticing stuff (was that the right medicine) and being involved in your care – give back, eat well, relax, sleep.

His Uncle Ron used to have a sitting room that was just for sitting.

For 90% of symptoms a dog is more use than a doctor. Dogs keep you subtle as you pick up the poo. “I’ve got 2 dogs, one for each testicle”

Even a pot plant had a profound effect on residents in a care home.

For about 90% of the symptoms ask “What would happen if I just sat and waited”, the answer is that it would be no different than when you take the pills.

Death – you only die once.

Tells us about Stan and Delores. Stan had a good gentle death at home.

His heroes are the whistleblowers who have spoken up and striven to make things better in the NHS.

His book is “Staying Alive” 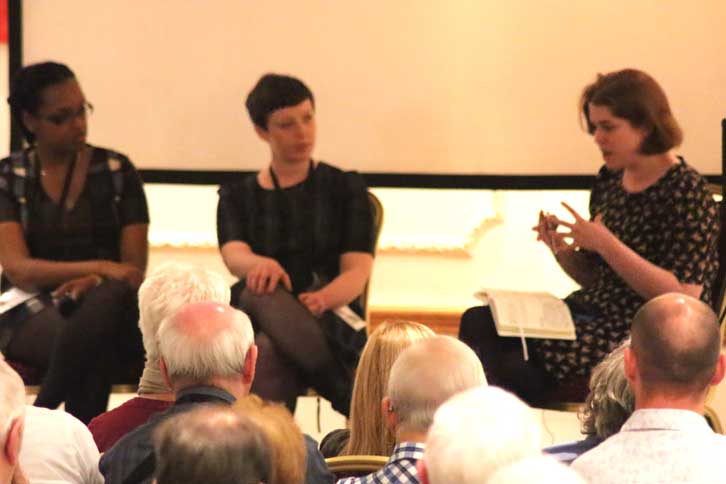 Starts with Q to Nimko: How useful is it to frame the fight against FGM as a religious one?

Only outside of religion can you truly have a conversation. Shame can hold the conversation back. Within organised religion there is a lot of misogynistic thinking. In the end it is nothing to do with what people actually believe. [Speaking very fast]

Sarah talks about the eighth amendment in the Irish Constitution.

Panel agrees that all religion can be misogynist but that Islam is often singled out by media.

“So often I am asked to speak only on ‘women’s issues’. I have other views too!” @sarahditum 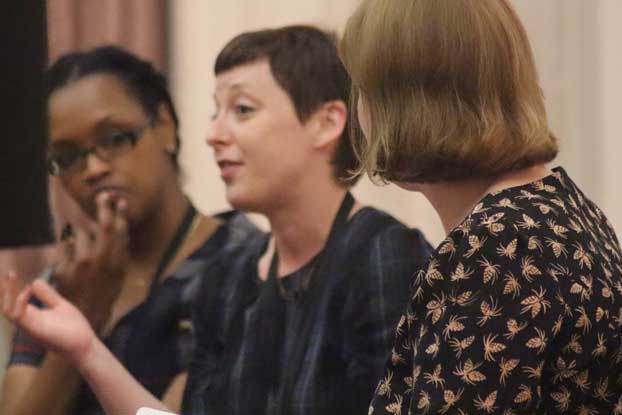 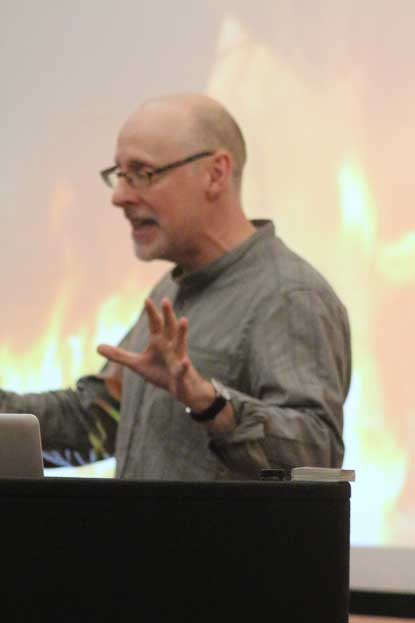 Turns out that #BHA2015 is also the hash tag for the British Hairdressing association.

Upside down picture of Maggie Tatcher – “What you are seeing is not what is actually there”.

Was fascinated with how the brain works – rabbit duck illusion.

Fire Walking demo on tomorrows world … except t was 60ft and not 15ft, hence they could not do it … but never changed their beliefs.

Most of the self-help guidance is fundamentally wrong and not evidence-based.

The Wallet Study – dropping wallets with variations in content – discovered that wallets with pictures of young kids resulted in greatest change. Wallet story about mix up – researcher asks Richard about picture in his wallet, “is that your kid”, answers, “No, that is a picture I downloaded from the Internet (Suggests that the difference between a Humanist meeting and a religious meeting is that we only joke about ..

Light sleep, then down to deep sleep and on into REM and cycles (90 mins per cycle). This is vitally important, because if you take it away the result is catastrophic.

The coffee nap, drink coffee, nap and you wake up in 20 mins really alert.

Avoid alcohol just before you sleep.

Avoid phones, laptops etc… they all give out blue light and that really disrupts sleep (or wear orange glasses to take out the blue light)

Do dreams predict the future? – No.

The theory of Freudian slips is fine but completely untesticle.

Finishes with illustration of red football team doing something completely unexpected that works.

We can change, we just need to know the small change that can have a big impact.