Today, the 21st June, is World Humanist day, and so the fact that it is the longest brightest day is also in so many ways an appropriately symbolic choice for such a day since the 1980s. It is of course no coincidence that the British Humanist Association is currently holding an annual conference this weekend, and so that presents the opportunity to bask within an ocean of Humanist thinking, but it is not the abstraction of ideas that warms the heart at such times, it is the people themselves.

Below are a few notes I’ve gathered during the day, and it perhaps similar to the twin set of notes I wrote up yesterday. 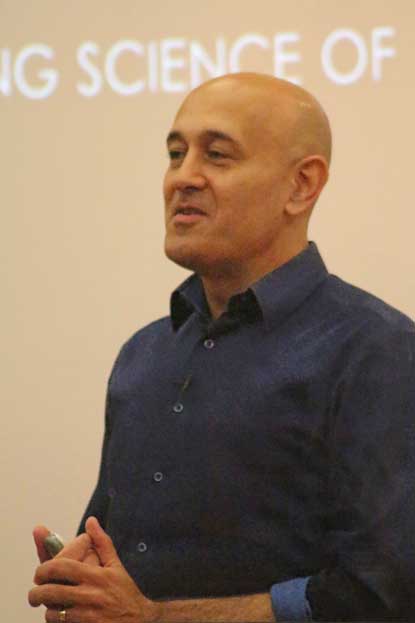 Quantum Biology is a new emerging aspect of science and is speculative. QM underpins so much physics and chemistry, so what about life?

Jim explains the size of things using orders of 10, then goes on the explain what atoms are all about.

QM gives us the rules that enable things to hang together.

In physics we have reached the point where we now have the standard model and have identified the various rules … but there is still a whole host of particles to find (supersymmetry) and we still have no idea what dark matter is.

Quantum tunnelling is the reason the sun shines.

Quantum tunnelling also plays a role in enzymes. The scientific community falls into multiple camps, biologists (hesitant), physicists (told you so), chemists (ho-hum). It is strange because the weirdness should evaporate before it has any biological effect.

Quantum tunnelling causing protons to jump may indeed indicate that this causes mutations when replication happens after a jump (this is speculation at this point).

The European Robin (this next bit is pure speculation and not confirmed) … the robin’s magnetic sense is not fully understood, but may involve quantum entanglement of electron spins. Jim is discussing how they explored this by manipulating magnetic fields inside a chamber to see how the Robins reacted – no field left birds confused – create a field and they fly that direction … but how? This is not a normal compass.

Paper in 2000 how it might work – The Radical Pair mechanism – it suggested it was quantum entanglement.

No this book will not be on the same shelf with any Deepak Chopra books.

In the coming decade this area may be growing rapidly. 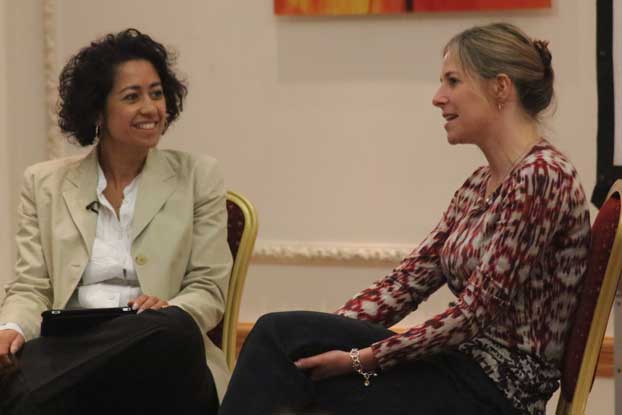 Last night Alice Roberts received the award for Humanist of the Year, and so today we hear more about her as she is interviewed by Samira.

Alice has had an interest in Biology from a very young age. In terms of anatomy, she had beautiful book by Jonathan Miller. When she was about 8 they unwrapped a mummy in the Bristol Museum and that is perhaps where her interest with ancient lives started.

What about becoming a Humanist?

This is something that has evolved over the years, she grew up in a religious home. The fundamental think in leaving Christianity was that if she did not actually believe in god then why go to church. Her parents supported that. Humanism is not just an absence of faith, it is a positive thing. At the time felt that leaving religion was a negative thing – having a space to step back and reflect is important to her.

The drive for science is almost religious … we still fall into the trap of thinking that humans are the most important, most evolved species on the planet. Start with very primitive animals at one end and humans at the other end … the same error is the thought that consciousness is the ultimate end.

We still really don’t know why the big human brain evolved. We understand by looking at the evolutionary direction of many species that things often evolve for quite different reasons.

In biology: ‘”Design” doesn’t need a ‘designer’ any more than “evolution” needs an ‘evolver'”

We are part of nature and are not separate from it. Science and technology has had such a positive impact upon humanity, we have increased quality and quantity of life. But it is not just humans that buffer themselves from the natural world, for example a fox will dig itself a den.

Does not think we should be worried at all about the emergence of the young using new technology. Anything you see or do will change your brain – the mind is the brain, so in order to have a though something changes in your brain. As soon as you create something and make it part of your everyday life, then that will change your brain. Illustrates that with the emergence of tear-drop stones by our ancestors.

The Internet is not a new problem, but is simply an extension of the idea of communicating at a distance. The emergence of writing made it inevitable that something like the Internet would eventually emerge.

Evolution crawls across possibilities … people ask “Where are we going” – we might carry on looking as we do now, but be different inside. We are not going to grow winds, we are quadrupeds.

Creationism – what does she make of the rise of this.

There are a growing number of independent schools that teach this and we should question what they are doing – they are outside the state system. We have regulatory frameworks – there are standards – they can discuss such stuff in religious classes, but science is all that should be taught in science classes.

Odd that 60 years ago such challenges as creationism did not exist and yet it was a more religious time. Alice suggests that Creationism as we see it now, is new.  It makes us ask questions about how we fund education in this country. Even the C of E is concerned about the rising numbers of Vicars who are Creationists. Officially the C of E has no issue with evolution … and yet there is a rising view that C of E vicars are presenting Evolution as an alternative to Christianity and presenting a dichotomy.

Feels the way forward might be to forge alliances with moderate believers against the fundamentalists … but there is also a place for people like Richard Dawkins to go in with the tanks.

Has had students who actually believed that women had one less rib because the bible says so – “OK, lets count on this body we have just cut up”.

Clitoris – My gift to humanity is to help men to find it, it is strange that so many fail to find something so large”

Tim Hunt – He has not actually been sacked, he has simply had a title removed. However, what happened was really really quick and left no time for anybody to really investigate. Has met him one, he appeared to be reasonable and nice, and yes, what he said makes him a complete tit, but what then happened to him far exceeds the crime.

One of the most telling things that happened to her when she applied and failed for a position – was told she did not have gravitas, wondered how she was going to grow a beard after that.

There is a huge problem with women leaving science careers. Why have we got careers that assume one parent is stay at home carer and one is having a career – that is not the way things are today. We kid ourselves if we think we have got anything like equality.

Is that one key discovery in your field to come?

The big questions still in biology involve where life comes from and how it first started, There is also a lot we don’t understand about evolution. What Darwin and Wallace did was to explain how natural selection leads to variation … but how did it all start is something we don’t yet know.

12:10 Where for Africa? A Humanist Enlightenment, or Religious Fundamentalism? – Leo Igwe // @LeoIgwe 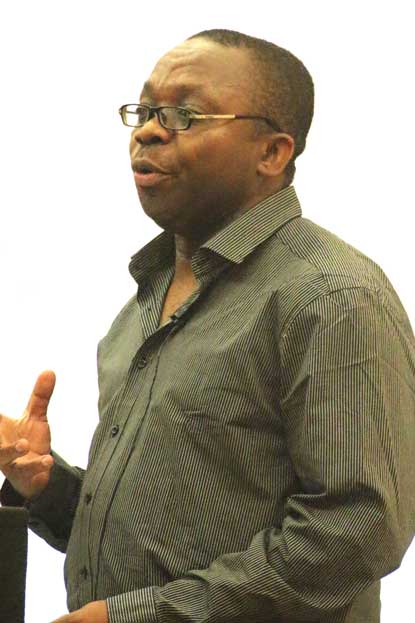 As never before, superstitions and religious beliefs are under immense pressure.

Quite from a Muslim: “From age 9 I was indoctrinated to help Islam … Growing to adulthood … my rebellion started”

“Juju and medicine works, why didn’t our ancestors use it against slave traders”

The Internet is enabling africans to gain access to information.

African witchcraft belief has gone global, we need to counter that. He was sued by the Liberty Church folks.

If we enable them to bring this to the UK unchallenged, we grant them an open license in Nigeria

Albino lives matter – murdered as part of ritual beliefs due to superstitious beliefs. This ritual killing is spreading. (Link)

Has heard some heart wrenching stories from people accused of deploying magic and forced to endure absurd responses to that.

Reuniting the accused with the families is a huge concern, they face real danger from their families. If we cannot reunite them with their families then we should do whatever we can to enable them to resume their lives, and use local activists to open a dialog with families.

ISIS captures 88 Eritrean Christians in Libya – The people killing are mainly young people. Children and being used … 7 year old numbers are just as much a victim as the other victims.

There have been 27 witchcraft attacks so far this year compared with 26 for the whole of last year, Unicef said in a statement.

Secular school project in Uganda – school establish in a country where none existed before, a place where faith and dogma based religion was all that there has been before.

It is not all depressing news, the secular school setup is a success story. Secular education is the most effective weapon against superstition.

We cannot sustain this program without effective humanist group as well, it will not keep going.

Hi Leo, I hope you manage to get something organised in Zambia, I’ve been there twice, which was sponsored by a couple of atheists … if you can find somebody who will take on a leadership role, I will visit and encourage them.

Investing a little in Humanist leadership programs, it can potentially make a big difference.

Next BHA conference in June 2016 will be in … (insert drum roll here) … Birmingham.