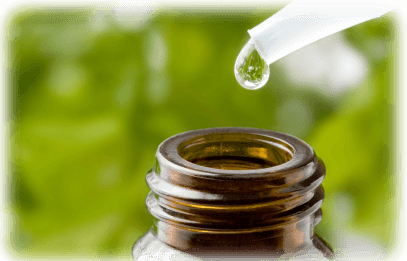 The Good thinking Society was, like rather a lot of people, more than a little bit concerned that a conference promoting snake oil was being run in Farnham to defraud people desperate for a cure, Now I don’t literally mean Snake Oil, but rather something that is far more dangerous, a product branded “Miracle Mineral Solution“, and is claimed by the Genesis II Church of Health and Healing to be the cure for almost anything, cancer, aids, etc… and yet the reality is that it is simply industrial bleach and so consuming it is not simply ineffective for the supposed claims, but is actually rather dangerous.

Incidentally, I was recently blogging about MMS not too long ago and there highlighted a BBC expose of this rather absurd miracle cure.

So the latest news on MMS is this, as highlighted by the Good Thinking Society, Trading Standards got involved and attempted to intervene at their conference that recently took place in Farnham …

On Friday 12th June Trading Standards Officers made their presence known to people arriving for the “Genesis II Church of Health and Healing” seminar at Farnham Railway Station. They explained concerns about the safety of any products, or guidance on self treatment, that they might be obtaining at the seminar, and distributed advice from the UK Food Standards Agency.  These people, however, were not interested in listening to officers and they were taken by cars to a nearby property.

Trading Standards Officers then identified the house where the event was taking place and were satisfied that as it was not being used only as a dwelling that they were entitled to enter and inspect. An attempt was made to speak to the people organising and hosting the event which was initially refused but after negotiations, eventually involving a police presence, arrangements were made to enter and speak to a person in charge.  This involved explaining the purpose of the visit and the requirements of the relevant legislation.

Trading Standards Officers were told that no products were supplied at the event and they found no evidence that MMS had been supplied. However they expressed serious concerns that consumers are being misled and subsequently the individuals identified as facilitating and running the event are being written to confirm that legislation applies. Provisions of The Consumer Protection from Unfair Trading Regulations 2008 and the Cancer Act 1939 are being drawn to their attention so that they know exactly where they stand regarding their activities.

Buckinghamshire and Surrey Trading Standards would like to speak to anyone who attended this event. We are concerned that very vulnerable people are being manipulated and misled in order to profit from their misfortune. Based on the claims made on the Internet, and elsewhere, we believe that criminal offences could be committed at these types of events, and where they are substantiated we won’t hesitate to take action to protect residents. If you wish to speak to Trading Standards regarding this please call 01296 388771.

Now you might be pondering the thought that this is all a bit much and that if the folks promoting this stuff wish to do so, then they should be free to do so. Well hold on a moment, because there are a couple of observations …

Both ethically and morally, doing nothing about the promotion of MMS is simply not an option.

Rather ironically, if they had in fact opted to bottle and sell snake oil instead of bleach as a miracle cure, they might have been on to something, because it turns out, as highlighted by an article in Scientific American, that snake oil is quite good for you