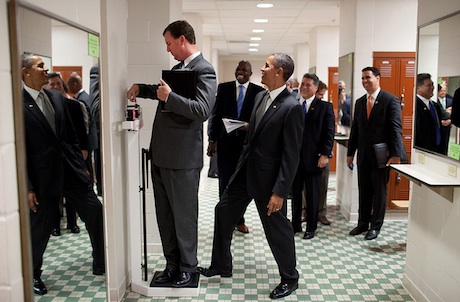 Whatever your politics might happen to be, you simply can’t deny that the man had (and still has) both class and dignity, then enacted that special magic of combining all that with a sense of humour. Well OK, some might deny it, but they tend to be the same folks who deem reality, science, and facts to be a liberal conspiracy, embrace Fox News is the ultimate bastion of “truth”, and would happily permit Roy Moore to babysit their teenage daughters.

We may indeed be in the grip of a political winter, but this is seasonal and so the summer of better times is not too far away. To help brighten up these dark times, here is a small insight into his sense of humour. I’m not making any specific point here, this posting is simply for the sheer joy and celebration of all that he was and still is.

Suspend you politics, and despair for a bit, just sit back and enjoy.

Here is his final April 2016 White House Correspondents Dinner. (This version had been viewed 17million times) …

“If this material works well, I’m going to use it at Goldman Sachs next year”

” .. you might have heard that someone jumped the White House fence last week, but …. I have to give the Secret Service credit. … They found Michelle and brought her back. She’s safe back at home now …”

“.. meanwhile, some candidates aren’t polling high enough to qualify for their own joke tonight…”

“Well … I have something the rhymes with Bucket List”

“Being president is never easy. I still have to fix a broken immigration system, issue veto threats, negotiate with Iran… all while trying to find time to pray five times a day”

On Joe Biden … “I love that man. He is not just a great Vice president, he is a great friend. We have gotten so close, in some places such as Indiana they won’t serve us Pizza anymore”

I do very much miss knowing he was in charge. One day we will once again have an adult sitting in that seat.