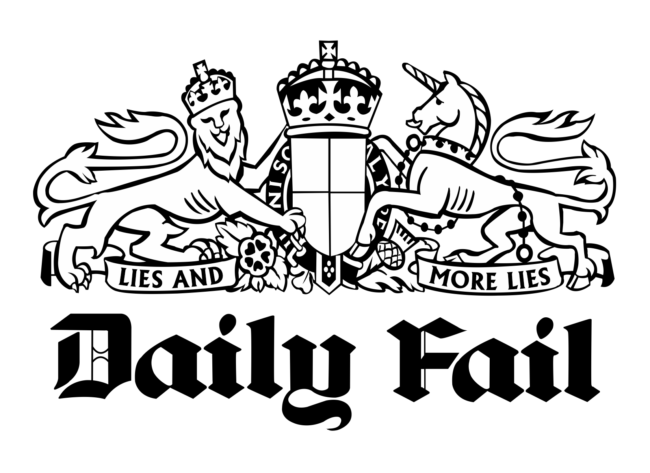 Wikipedia editors have voted to ban the Daily Mail as a source for the website in all but exceptional circumstances after deeming the news group “generally unreliable”.

The move is highly unusual for the online encyclopaedia, which rarely puts in place a blanket ban on publications and which still allows links to sources such as Kremlin backed news organisation Russia Today, and Fox News, both of which have raised concern among editors.

The editors described the arguments for a ban as “centred on the Daily Mail’s reputation for poor fact checking, sensationalism and flat-out fabrication”.

It this really true?

Firstly, it is worth understanding a few things.

Point 1 – The Wikimedia Foundation, which runs Wikipedia does not control its editing processes, so there is no official ‘ban’ that has been issued by them.

When asked about this, they simply point out that the volunteer editors on English Wikipedia pages have been having a long running debate about the unreliability of the Daily Mail since at least 2015. There the editors have the following common sense guidance for other editors …

All mainstream news media can make mistakes. Particularly with breaking news, corrections will need to be made and should be watched out for, and much tabloid journalism will be sensationalist and gossip-driven. Fact checking has reduced generally in the news media over recent years. For more on the trend of churnalism, see Flat Earth News, a book by Nick Davies. Specific examples to treat carefully include:

Point 2 – This Daily Mail ‘ban’ is actually not a ‘ban’ but is instead a consensus agreement that resulted after much internal discussion amongst the volunteer editors on the English Wikipedia pages.

Should we prohibit the use of The Daily Mail as a source? I envisage something just short of blacklisting, whereby its introduction to an article could be accepted only upon there being a demonstrable need to use it instead of other sources.

What then follows are comments from various editors, some opposing but most are supporting. Each is articulating the reasons for their stance, and also counter arguments and evidence are also presented.

The consensus that then emerged was as follows …

Consensus has determined that the Daily Mail (including its online version, dailymail.co.uk) is generally unreliable, and its use as a reference is to be generally prohibited, especially when other more reliable sources exist. As a result, the Daily Mail should not be used for determining notability, nor should it be used as a source in articles. An edit filter should be put in place going forward to warn editors attempting to use the Daily Mail as a reference.

The general themes of the support !votes centred on the Daily Mail’s reputation for poor fact checking, sensationalism, and flat-out fabrication. Examples were provided to back up these claims. The oppose !votes made three main arguments:

There are multiple thousands of existing citations to the Daily Mail. Volunteers are encouraged to review them, and remove/replace them as appropriate. Yunshui 雲水 12:59, 8 February 2017 (UTC)

In reply the Mail has commented …

“All those people who believe in freedom of expression should be profoundly concerned at this cynical politically motivated attempt to stifle the free press.”

Er … no, just no … this is not a freedom of the press issue. Nobody at Wikipedia has in any way suggested that the Mail should not publish or be banned from publishing. Instead, the Wikipedia editors and simply agreed that there is clear and decisive evidence that the DM is not a reliable source for anything and hence they have agreed that they will not reference it within anything that they write. To prevent them from doing this would in fact be a freedom of expression issue.

Not an official Wikipedia ban as such, but instead an agreement amongst the volunteer editors that they will not be using it as a source.

The official stance is, and has always been this …

“Wikipedia articles should be based on reliable, published, sources, making sure that all majority and significant minority views that have appeared in those sources are covered … If no reliable sources can be found on a topic, Wikipedia should not have an article on it.”

A few of the Comments from Various editors

The Mail should be on the citation blacklist. There’s no area of news where it is actually reliable. It can be relied on to accurately report celebrity gossip, but in that case the gossip itself is frequently false and the Mail doesn’t check it. Their coverage of medical, science and political topics is a byword for deliberate inaccuracy. It is pretty close to a fake news source in some areas.

Just because a lot of people buy it (or even by it) does not mean it is a reliable source for anything other then it’s own views.

Kill it. Kill it with fire. Under NO circumstances should the Daily Mail be used for anything, ever. They have proven themselves to be willing to make up fake quotes and to create doctored pictures, and nothing they say or do is to be trusted. Even in the cases that some of the editors in this discussion believe to be OK (sports scores, for example), if it really happened then the Daily Mail won’t be the only source and if the Daily Mail is the only source, it probably didn’t happen.

this RfC is kind of beating a dead horse as the community has rejected this source pretty much every time it comes here.

The problem isn’t that it is wrong or even that they might have a rogue journalist from time to time (even the NY Times have been caught out this way), the problem is that their editorial decisions seemingly contribute to the deception.

“You probably know the Daily Mail as a race-baiting tabloid that once supported the Nazis. But it has another, secret identity it tries to keep hidden at all costs. The Daily Mail is possibly the biggest news media troll in history. Thanks to American outlets thinking it’s a respectable news source, the Daily Mail has managed to get the media to print more hoax stories than everyone else on this list combined. In 2014, a New York–based correspondent simply made up a story about Beijing installing giant TV screens so smog-choked residents could watch fake sunrises. Time, CBS, and the Huffington Post all ran with it, despite it being clear nonsense. In 2012, the Daily Mail made up another story about a Polish dentist pulling all her boyfriend’s teeth after he cheated on her. That one fooled most of the Internet, plus MSNBC, the LA Times, and the Daily Telegraph. In 2015, the Daily Mail ran a story that was picked up by other tabloids about a guy on welfare who was too busy working out to get a job. The guy turned out to be an actor. Go digging, and you’ll find more examples of the Daily Mail flooding the media with more fake stories than we can comfortably list here. Like that time it convinced Fox News a transgender kid was harassing girls in a school bathroom. Or that time it totally made up a poll and the Huffington Post believed it. Okay, we’re calling it now: The Daily Mail is officially the greatest media troll in the world.” (source)

Mail staffers have to turn out more stories per day than average for all newspapers, they tend to be young, in their first job in the industry, and they only stay a couple of years before moving on to a less awful job. The PR agencies know all of this so spoon feed them (and all journalists, but them especially) copy written in the house style. The rule of thumb is: if a company name is mentioned in the fourth paragraph, that company probably paid for the story. Mail staffers, especially, are harangued to meet targets, and pushing through a press release has pretty much no negative consequences, whereas not getting enough stories out, does. The Mail Online publishes more articles every day than any other newspaper website. It’s clickbait farming, basically, and the fuel is PR (and of course the sidebar of shame)