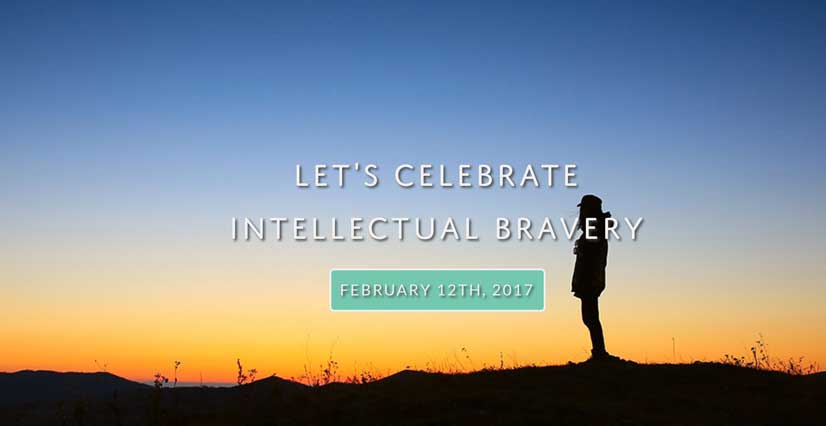 Basically because it is the anniversary of the birth of Charles Darwin on 12 February 1809. It is of course not just to celebrate the contributions that Charles Darwin made to the understanding of our origins, but it is also an excuse to promote science in general. This is not a made-up anniversary, it is celebrated right around the world and is an officially recognised day.

It started in a small way after Darwins death in 1882 with events taking place at his family home, Down House, in Downe. However in 1909, the 100th anniversary of his birth, it really took off. More than 400 scientists and dignitaries from 167 countries met in Cambridge to honour Darwin’s contributions and to discuss recent discoveries and related theories. That meeting was widely reported at the time.

At that same time, the New York Academy of Sciences at the American Museum of Natural History marked the occasion with an unveiling of bronze bust of Darwin. The Royal Society of New Zealand also held a “Darwin Celebration” that day as well.

From there it picked up and others started doing events, for example …

Scientists and academics sometimes celebrated 12 February with “Phylum Feast” events—a meal with foods from as many different phyla as they could manage, at least as early as 1972, 1974, and 1989 in Canada.[7]

In the United States, Salem State College in Massachusetts has held a “Darwin Festival”[8] annually since 1980,[9] and in 2005, registered “Darwin Festival” as a service mark with the US Patent and Trademark Office.[10]

Independently, in 1997, Professor Massimo Pigliucci initiated an annual “Darwin Day” event with students and colleagues at the University of Tennessee.[15] The event included several public lectures and activities as well as a teachers’ workshop meant to help elementary and secondary school teachers better understand evolution and how to communicate it to their students, as well as how to deal with the pressures often placed on them by the creationism movement.

And so yes, this day is getting some traction …

What events are happening today?

To be honest, way too many to list here, and so if curious you can check out the Darwin Day page to see if anything local is happening. Quite a few Natural History museums capitalised on this, but many opted to hold an event yesterday on the more family friendly day of Saturday 11th, well hey, that’s close enough.

Sex, Bonding & Dominance in Bonobos: Reflections on Our Closest Living Relatives and Ourselves A Darwin Day lecture by Dr. Amy Parish Join us for Darwin Birthday cake after the lecture!

How to Hunt for Aliens: Finding Darwin beyond Planet Earth

Darwin utterly changed our understanding of the source of the diversity of life on Earth, and with it, our origin. But is our origin story one of a multitude—or are we unique or, indeed, alone in the cosmos?

Please come and enjoy and movie and feel free to share a dish for a potluck dinner Darwin Day celebration.

But what about Down House?

Down House remains much as it was when Darwin lived there. Many of the ground-floor rooms are filled with family portraits, furniture and personal possessions, as they were when Darwin lived here, while the study contains his writing desk, chair and many objects connected with his work. The gardens have been restored to their appearance in his time, and some of his experiments on plant and insect life are recreated in the garden and greenhouse.

They are running – DARWIN DAY – THE BIG BUG EXPERIENCE

Get hands-on, close-up live animal encounters with insect species from around the world including tarantulas, scorpions, giant millipedes and many more. Find out about classification, adaptation, habitats, camouflage, predators and prey, life cycles and so much more! Touch an Emperor scorpion, have a red knee tarantula on your shoulder and hold other amazing bugs.

It is quite funny that some fundamentalist groups deem Darwin to be some sort of Atheist Prophet, and I’m not kidding, some make that precise claim. In reality, all he did was to utilise a lifetime of observations and meticulous experimentation to formulate a hypothesis to explain the diversity of life. Still, it is perhaps understandable that some will be threatened by the idea because it challenges their “God did it by magic” stance. However, explore beyond the outer fringes of literalist beliefs and you discover that for most who do have a religious belief, there is no issue here at all. Most would instead take the line of “This is how God did it”.

In that context, we do find the existence of an Evolution Sunday movement. The goal of Evolution Sunday is intended to show that faith and evolutionary science are compatible in many religious traditions. It manifests itself as a series of lectures and sermons within some congregations across the United States and 5 other countries, on Darwin’s birthday.

We the undersigned, Christian clergy from many different traditions, believe that the timeless truths of the Bible and the discoveries of modern science may comfortably coexist. We believe that the theory of evolution is a foundational scientific truth, one that has stood up to rigorous scrutiny and upon which much of human knowledge and achievement rests. To reject this truth or to treat it as “one theory among others” is to deliberately embrace scientific ignorance and transmit such ignorance to our children.

Why is Darwin Day an event?

He furthered our understanding of why things are the way they are by establishing that all species of life have descended over time from common ancestors. It was not just an idea, but it was the compelling evidence that he presented within his 1859 book On the Origin of Species, that overcame earlier concepts

As a result, he has been described as one of the most influential figures in human history.

That perhaps is not only why he is celebrated on Darwin Day today, but also why he appears on the back of UK currency. 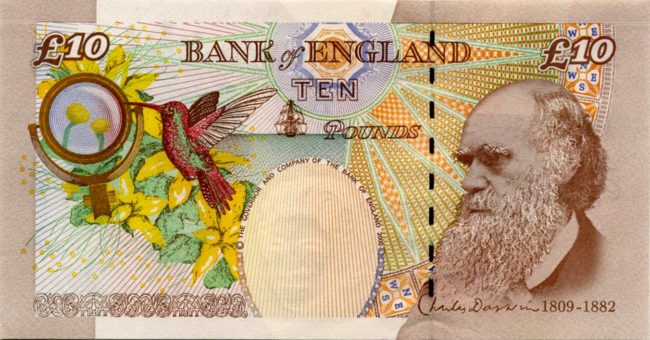