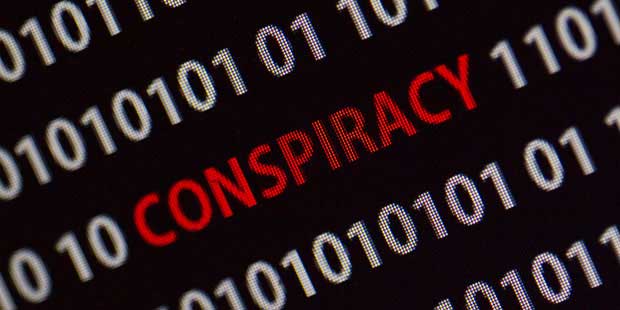 Whenever something dramatic happens, for example 9/11 or a school shooting, you are more or less guaranteed to find somebody popping up to explain that it is all part of some plot, and that behind this event there are puppet masters pulling the strings manipulating events. It’s supposedly a conspiracy of epic proportions.

… the list is endless and is akin to a top 10 hits list with new favourites rising and old ones falling out of favour.

If I just happen to hit some hot button in a posting, then it is inevitable that somebody will pop up to point out that while they do agree that all those other conspiracies are complete bunk, in the case of this specific one it really is true and here is a link to a website / You Tube video that proves it all …. except …. it never does.

The Rules of the Game

Rule 1 – The “evidence” reaches a balance that is often sufficient to convince the believer, but never enough to convince a skeptic.

Rule 2 – The true believer is immune to facts. As you proceed to explain why the “evidence” is wrong, they will then proceed on to the next “fact”, and the next, and then the next, until they wear you down to a point where you simply roll your eyes and walk away. They then feel that they have won. It is akin to a rigged game of whack-a-mole that you can never win. 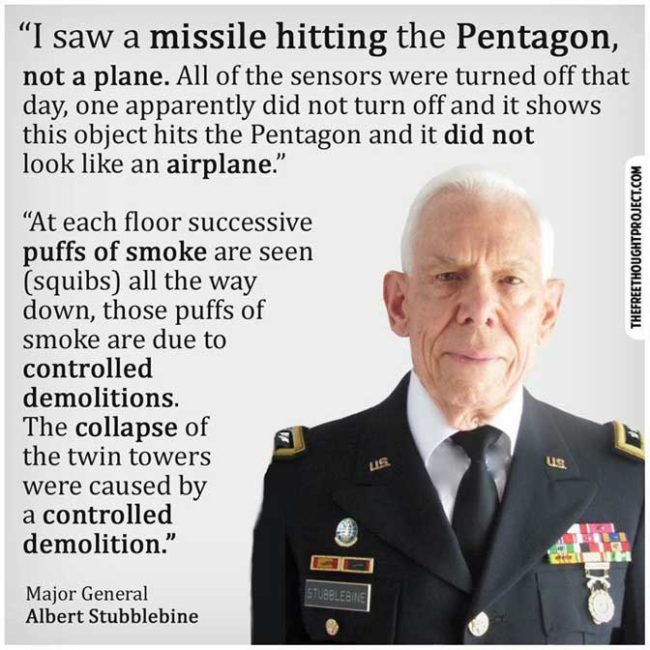 Let’s work a brief example. The above is a Meme that often pops up on Facebook. This is not an invitation for you to initiate a 9/11 debate, I’m simply using it to illustrate what happens.

Oh wow, a general at the Pentagon verifies that he saw a missile hit and not a plane. That’s very compelling evidence.

Oh but wait, there is no link to verify that he actually did say exactly this (Hint: he did not exactly say he saw a missile, but instead once speculated that it might have been that). However, let’s just assume he did say exactly this and google his name. What do we then find?

We will find his Wikipedia page, and that tells us a few rather interesting things …

The inevitable response is of course “Ah but” …

Cycle, rinse, repeat and keep going, you will generally not persuade the true believer with facts or rebuttals. They will instead simply wear you down until you give up.

Why are we like this, why do we embrace such ideas?

Why do so many of us invest in conspiracy beliefs, what does the scientific research into it all by psychologists reveal?

There are various studies that have yielded some interesting insights, so let’s take a brief look at a few of them.

In other words, people embracing such ideas are not doing so because they buy into one specific conspiracy idea. Instead it appears to be because they retain the thought that the world is governed by hidden, sinister forces, and so a conspiracy is embraced because it confirms that worldview. This remains true even when one conspiracy conflicts with another because they both confirm the same worldview.

An existential function of enemyship: Evidence that people attribute influence to personal and political enemies to compensate for threats to control.

This 2010 paper lays out the hypothesis that when deeply emotional events we can’t control happen, we gain a semblance of control by attributing it to a conspiracy.

Is however control deprivation the whole answer?

The prevailing thinking is no, because it does not explain why some conspiracy theorists adopt an almost religious devotion into spreading their belief.

Too special to be duped: Need for uniqueness motivates conspiracy beliefs

A 2017 study argues that a small part in motivating the endorsement of such seemingly irrational beliefs is the desire to stick out from the crowd, the need for uniqueness …

Across three studies, we establish a modest but robust association between the self‐attributed need for uniqueness and a general conspirational mindset (conspiracy mentality) as well as the endorsement of specific conspiracy beliefs. Following up on previous findings that people high in need for uniqueness resist majority and yield to minority influence, Study 3 experimentally shows that a fictitious conspiracy theory received more support by people high in conspiracy mentality when this theory was said to be supported by only a minority (vs. majority) of survey respondents.

In other words, they made up a conspiracy theory, then presented people with two variations. One had a minority accepting it as true and the other had a majority accepting it as true. Those who had a leaning towards conspiracy theories were far more lightly to embrace the made-up theory when they learned that only a small minority thought it was true. This led the researchers to conclude that conspiracy beliefs can be adopted as a means of attaining a sense of uniqueness.

“I Know Things They Don’t Know!”- The Role of Need for Uniqueness in Belief in Conspiracy Theories

That last study caught the attention of a team in France, so they decided to test this idea …

In other words, they independently verified it.

We want to be unique and special. Embracing conspiracy theories enables that to happen.

As one researcher noted …

Seeing evil plots at play behind virtually any world event is not only an effort to make sense of the world. It can also be gratifying in and of itself: it grants one the allure of exclusive knowledge that sets one apart from the sleeping sheep.

– Roland Imhoff : professor of social and legal psychology at the Johannes Gutenberg University Mainz, Germany. Lead author of that second last study “Too special to be duped”

1 thought on “Why do people believe in Conspiracy theories?”