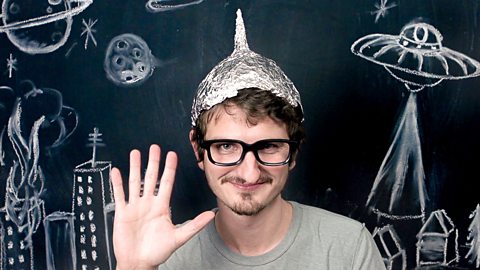 A team of Australian researchers have been asking themselves these questions. To address such a challenge they have been analysing eight years of reddit data, specifically the /r/conspiracy group. Of interest are not just the postings of users within this group but also where else they have been posting before they arrived at /r/conspiracy.

By doing this they can determine if these are people naturally inclined to gravitate there and had a conspiracy mindset prior to diving in.

Our key findings are that people who eventually engage with conspiracy forums differ from those who don’t in both where and what they post. The patterns of difference suggest they actively seek out sympathetic communities, rather than passively stumbling into problematic beliefs.

Study: Pathways to conspiracy: The social and linguistic precursors of involvement in Reddit’s conspiracy theory forum

Published last November in the open access journal PLUS One, the paper describes how the team of researchers from ANU (Australian National University) used a technique called sentiment analysis. This basically means that they examined what users said, and where they said it, during the months before their first post in r/conspiracy.

Insights: What did they discover?

Titled “Pathways to conspiracy: The social and linguistic precursors of involvement in Reddit’s conspiracy theory forum“. Some insights from this study are these …

Their research suggests individuals seem to have a more active role in finding like-minded communities, before their interactions in such communities reinforce their beliefs.

I rather like this quote. Psychologist David C. Funder explains it as follows: …

Individuals do not just passively find themselves in the situations of their lives; they often actively seek and choose them. Thus, while a certain kind of bar may tend to generate a situation that creates fights around closing time, only a certain kind of person will choose to go to that kind of bar in the first place.

What next for such research?

Further research would benefit from a better understanding of the following:

How did they handle the non-human Bots in the data?

One challenge they faced is that Reddit allows posts by automated programs known as bots, which post comments in ways that can skew their analysis.

To identify bots they looked at each poster and calculated the number of other subreddits in which they posted (their forum diversity). By doing this they then constructed a list of those that posted to more than 15 above the average for all users. A manual review confirmed that these users were most probably bots. They combined this with a list of known bots and so created a filter of 466 non-human users that they could then exclude from their analysis.

They also needed to handle the fact that some people wade in and attempt to debunk conspiracy theories, hence posting in /r/conspiracy need not imply a user there is a conspiracy theorist. There are also those who post to simply provoke a reaction from such forums.

This was roughly about 4-12% of the postings.

Via the ANU press release here …

“In the past before the rise of online forums like Reddit, we tended to only hear about the most extreme views, and those people tended to naturally be wary about talking to someone else about their beliefs,” Dr Klein said.

“The enormous set of comments we examined show many r/conspiracy users actually have more ‘sensible’ interests.

“For example conspiracy theories about police abuse of power are common. That’s not so crazy.

“These people might believe false things, but with good reason – because similar things have happened in the past.”

Professor Klein and his team also found that while there are subtle differences in the language used by those who end up posting on r/conspiracy, it’s not necessarily enough to set them apart from other Reddit users.

“You might find they talk more about power or power structures, but their language is not that different from what ordinarily goes on in a forum like r/politics. You can’t distinguish them that way.

“It’s very easy to look at conspiracy theories and think they’re super wacky, and the people who believe in them are crazy, but it’s actually much more continuous with a lot of things we do every day.

“Low level theorising goes on a lot in everyday life, I’m inclined to think the stuff you see online is just a strong outgrowth of that.”

According to Dr Klein, forums like r/conspiracy can also be driven by current events.

“For example, Reddit attracted a whole new set of users following the election of US President Donald Trump.

“He also generates quite a lot of in-fighting amongst users. This is what makes it such great way to study social dynamics.”

The data also reveals how people come to start posting on the r/conspiracy forum. The rise of Internet echo chambers is a factor – but there’s much more at play.

“We followed people who started using Reddit and posted for about six months before they ended up on r/conspiracy,” Dr Klein said.

“You find two people who, for example, both started on the popular ‘ask me anything’ Reddit, and one ends up talking about conspiracies and one doesn’t.

“People who go on to post on r/conspiracy also tend to be over-represented in the political forums, but it’s not like they’re hyper-focused.

“This suggests a more active process where people are seeking out sympathetic communities. This process of finding like-minded people is something we see a lot of on the Internet.”