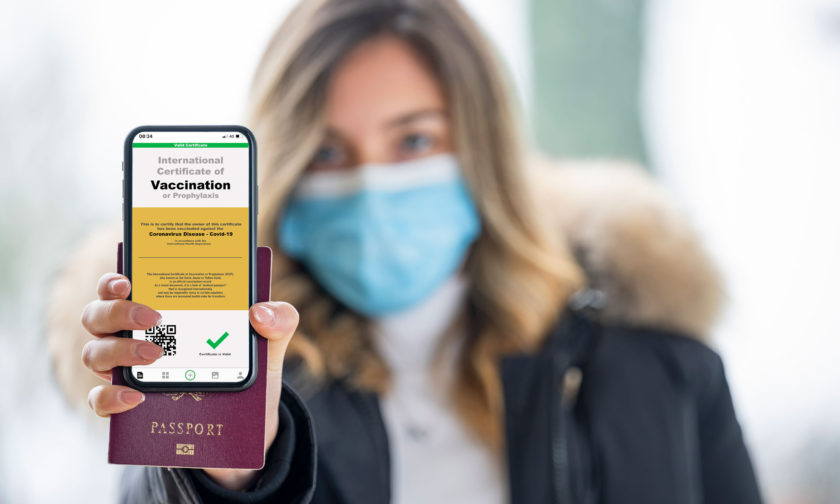 On the UK Government website there currently exists this petition – “Do not rollout Covid-19 vaccine passports“. The associated text reads …

We want the Government to commit to not rolling out any e-vaccination status/immunity passport to the British public. Such passports could be used to restrict the rights of people who have refused a Covid-19 vaccine, which would be unacceptable.

For a further insight into the thinking behind this, the petition creator, David Nolan, has also written a Medium posting titled “BUSINESS IMPUNITY VS COVID-19 IMMUNITY PASSPORTS“. In fact, click his name there and you will find a raft of similar articles. He clearly feels very passionate about this

The core of the petition is that a vaccine passport would discriminate against people who refuse the vaccine. That is essentially correct, that is exactly what it is for. It restricts access, only the vaccinated or those with a valid reason for exception will gain access to international travel, concerts, and other similar large events.

The existence of such restrictions is not new, they are buried deeply in the very fabric of our society. Multiple examples abound:

Would anybody seriously object to any of the above forms of socially acceptable discrimination.

The operation of any form of passporting is to enable discrimination. The question to consider is this – what is our path to maximum well-being for the largest number of people?

Rather obviously being able to demonstrate that you know the rules of the road and also have the skill to operate a vehicle discriminates against anybody who refuses to learn such skills. The reasons are of course obvious, namely public safety.

The petition calls for no vaccine passport because this will “discriminate” against those who “refuse” a vaccine.

I would find the petition more compelling if it was asking us to consider those unable to receive a vaccine, or simply had no access to a vaccine. In the context of any such vaccine passport such boundary conditions will need to be considered. This petition however is not going there, it simply argues against the very concept.

Do we really have a choice?

A vaccine passport will open doors that are currently closed.

Employment. Yes, some are happy to continue to work remotely, and many employers are planning for exactly that by downsizing office space and investing in solid robust remote access. This is not a universal option, some simply can’t do this and will need to work in an office or in a public facing role. Employers have a legal duty of care for their employees, and also the public that they come into contact with. To fulfil that duty of care they may be obliged to request vaccine certification.

International travel. Beyond our legal boundaries other nations may simply refuse our citizens access unless they can also provide appropriate vaccine certification.

Public Events: Would you like to attend a large gathering where you would come into contact with large numbers of people in circumstances that would make such venues ideal as super spreader events? You will probably discover that the organisers may insist that those that attend provide appropriate vaccine certification.

Will all this come about because the government mandates it?

There is no ducking the observation that there are no easy answers here. Questions abound …

One thing is becoming increasingly clear. COVID is not going away. We are going to have to learn to live with it long term and adopt a strategy that enables that. I strongly suspect vaccine certification will be part of that strategy.

To finish, let me drive home this one point.

If indeed some refuse the vaccine, then they will of course be free to do that. However, such a choice will have consequences because it threatens the well-being and health of vast numbers of people.

I’m willing to be persuaded otherwise.