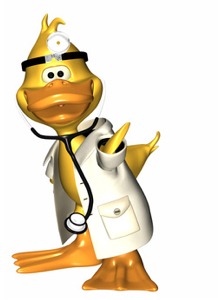 Now here is a nice little snippet, my news filter managed to pluck out a gem from amongst all the usual content-free tinsel and glitter of show-biz gossip within the Yahoo Celebrity category that encapsulates some good critical thinking commentary being deployed by Tom Hanks.

First a quick bit of context – Tom Hanks is married to Rita Wilson, and she rather tragically was diagnosed with breast cancer, but happily that is now completely in remission. The experience left him feeling very angry and so within the article he explains …

“There’s a predatory philosophy that happens where people find out that you have a certain illness, particularly cancer, and they will try and make money off of you, pushing procedures that might have a degree of science to them and there are others that are absolute quacks just trying to make money,” Hanks said in an interview with Australian news outlet news.com.au.

…At the time, Wilson said she was going public to encourage women to be vigilant about their health: “I share this to educate others that a second opinion is critical to your health,” Wilson, who was initially mis-diagnosed, said. “You have nothing to lose if both opinions match up for the good, and everything to gain if something that was missed is found, which does happen. Early diagnosis is key.”

“You should Google the word [cancer],” Hanks says. “Everything from, ‘You must eat peach pits’ to ‘Go to this clinic in Bolivia and you’ll be cured!’ will come up. S–t goes on like that and it’s astounding to me. It all adds to the difficulty, and we are lucky we can afford good medical care, but there are people who are dealing and selling in false hopes.”

There are many absolute rogues out there who will attempt to take advantage of people when they are at their lowest and are potentially highly vulnerable, and sometimes the fact that they are promoting quackery might not be so obvious and so people are fooled.

So what are the quack cancer cures?

There is an almost endless list, but some are rather popular, and so Stephen Barrett, M.D. over at Quackwatch, has a nice little article that lists out some of these in detail.

As an example, scan that list and you quickly find “antineoplastons” via the Burzynski clinic. What is interesting about that one is that if you are not familiar with the details then you could very easily be fooled because on the surface it feels very sciency, however dig just a bit and you quickly discover that it really is just a medical masquerade that is casting an illusion of false hope in order to impoverish people who are desperately seeking a cure.

We are not all medical experts, so how can we ever really know?

These days you do have one distinct advantage – The Internet.

So basically we have a guy here who runs a clinic to sell a completely unproven cure for $7,000 to $9,500 per month or more, and so when faced with these facts, you can’t help but exclaim “This guy is completely and utterly taking the piss”.

In this case quite literally, because his “antineoplastons”, or at least the early version of it, principally contained extracts of urine.

So there is a Mystery here

Why is this guy still in business?

Well because despite all the negative publicity, when humans are in distress and gripped by a life threatening illness, they will reach out for any and every possible cure, especially of it is their own child.

This perhaps is where skepticism can play an important role. Vocal and robust criticism of the frauds and quacks can really help to highlight to not only the public, but also to the regulators, such as the FDA and medical boards, that there is a quack that needs their attention. In this instance that has been ongoing …

This however has not been enough, he is a quack and he is still today in the business of conning people. As noted by cancer specialist David Gorski commenting on the failure of state medical boards and the FDA to shut down his scam after 4 decades …

“these organizations are supposed to protect the public from practitioners like Burzynski, but all too often they fail at their charges, in this case spectacularly.”

Bottom Line: When faced with such rogues silence is not an option, but robust fact-based criticism certainly is.