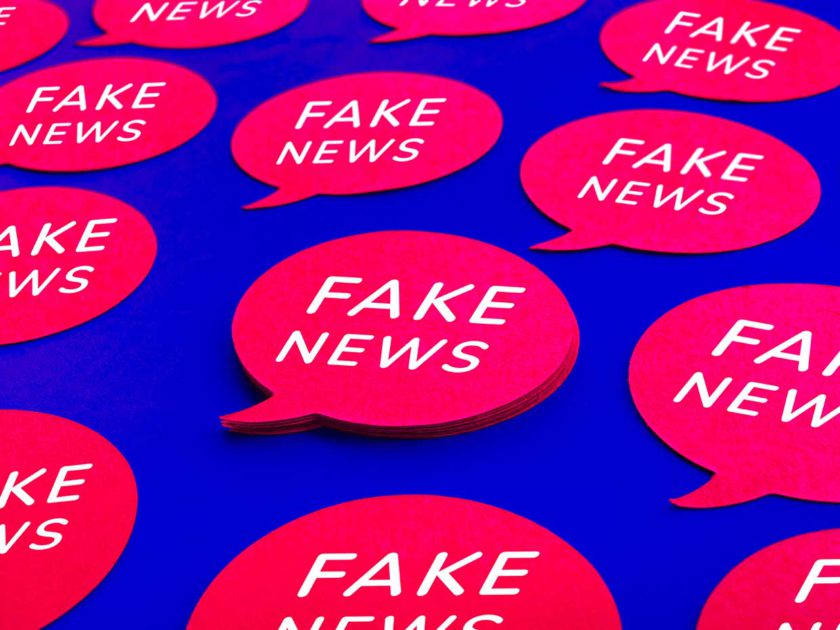 We know that fake news circulates, so the question is to wonder about is what can be done to stop this happening.

The key is to first understand why people share fake news. Once you have that understanding you can then address the root cause.

There is a new study that is co-authored by MIT scholars that. Before we get into that, first let’s define “Fake News”.

Definition – What does the term “Fake News” really mean?

There is the Trump and MAGA definition where the term is used to describe any news that they simply don’t like. This variation does not in any way relate to it being factual or not – “You don’t agree with me therefore you are fake news“. Beyond that small bubble there is the general usage of the term – false or misleading information presented as news.

It is this generally understood reality that is our focus.

Why Do people Share Fake News Stories on Social Media?

The are various reasons, but one very big factor revealed by the study was inattention

They discovered that about 50% shared fake news without paying attention to what they were doing.

About 33% shared fake news articles that they sincerely believed to be true.

Only about 16% where sharing items that they knew to be false. They were doing this with a very deliberate understanding that it was utterly false.

In other words, if you can prompt people when they are about to share something and get them to think about the accuracy of the information, then the vast majority who care about truth do not share things that are false.

It is this idea that the study tested, so let’s move on to the study.

Rather obviously the title explains the solution. This however is not simply an opinion, it is a solution that they tested and verified. That is what makes this interesting.

The essence of it all is this. They carried out four survey experiments and a field experiment on Twitter. Their results show that subtly shifting attention to accuracy increases the quality of news that people subsequently share.

One revelation via all of this is that people often share misinformation because their attention is focused on factors other than accuracy—and therefore they fail to implement a strongly held preference for accurate sharing.

In other words, it is not just partisanship. Because most do care about accuracy, if the social media platform implemented attention-based interventions then this really could greatly help to counter misinformation online.

“Getting people to think about accuracy makes them more discerning in their sharing, regardless of ideology, And it translates into a scalable and easily implementable intervention for social media platforms.”

Key Insight: Regardless of political stance, the majority care about what is true.

“Our results suggest that the large majority of people across the ideological spectrum want to share only accurate content, It’s not like most people are just saying, ‘I know this is false and I don’t care.’”

Who else worked on this study?

Generally the thinking has been this – people share false material for partisan gain, or to gain attention. Another common thought was that people accidentally share inaccurate stories because they are confused.

What this study does is to advocate the thought that much of the sharing of fake news is explained by inattention and the simple failure to stop and think about accuracy. With this new insight there is now a potential way forward.

Does their proposal really work?

Basically yes, they did a field trial on twitter …

To test whether these results could be applied on social media, the researchers conducted a field experiment on Twitter. “We created a set of bot accounts and sent messages to 5,379 Twitter users who regularly shared links to misinformation sites,” explains Mosleh. “Just like in the survey experiments, the message asked whether a random nonpolitical headline was accurate, to get users thinking about the concept of accuracy.” The researchers found that after reading the message, the users shared news from higher-quality news sites, as judged by professional fact-checkers.

“Our results suggest that in general, people are doing the best they can to spread accurate information,” Epstein says. “But the current design of social media environments, which can prioritize engagement and user retention over accuracy, stacks the deck against them.”

Still, the scholars think, their results shows that some simple remedies are available to the social media platforms.

“A prescription is to occasionally put content into people’s feeds that primes the concept of accuracy,” Rand says.

“My hope is that this paper will help inspire the platforms to develop these kinds of interventions,” he adds. “Social media companies by design have been focusing people’s attention on engagement. But they don’t have to only pay attention to engagement — you can also do proactive things to refocus users’ attention on accuracy.” The team has been exploring potential applications of this idea in collaboration with researchers at Jigsaw, a Google unit, and hope to do the same with social media companies.