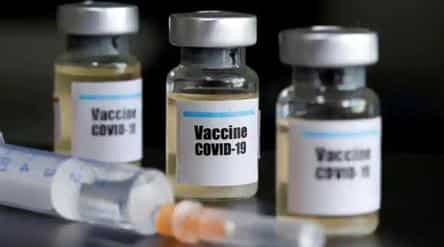 Yahoo News conducted a poll via YouGov in late May into a variety of things. They then reported the results, or to be a tad more precise, they cherry picked a juicy bit and ran with just that. The story is perhaps everything we have come to expect from the right wing …

According to a new Yahoo News/YouGov poll, 44 percent of Republicans believe that Bill Gates is plotting to use a mass COVID-19 vaccination campaign as a pretext to implant microchips in billions of people and monitor their movements — a widely debunked conspiracy theory with no basis in fact.

The survey, which was conducted May 20 and 21, found that only 26 percent of Republicans correctly identify the story as false.

In contrast, just 19 percent of Democrats believe the same spurious narrative about the Microsoft founder and public-health philanthropist. A majority of Democrats recognize that it’s not true.

They don’t link to it, but via YouGov you can find the actual poll. It is here.

The key question was question 64. This is where they tossed out a lot of stuff, perhaps to see what sticks …

OK, there are a couple of things to draw out of this.

So let me frame the news story posted by Yahoo in that context.

Remember that the story claims that “44 percent of Republicans” believe that “Bill Gates is plotting to use a mass COVID-19 vaccination campaign as a pretext to implant microchips in billions“.

I can certainly find it credible that there are indeed people that believe stuff like that.

I also have a bias here. I am rather obviously not a Trump fan or a GOP fan, and so a story like the Yahoo one panders to that bias. I’m not alone, that are rather a lot of people like me who have a similar political leaning.

However, I am also interested in believing as many true things as possible and as few false things as possible, hence the big challenge in that context is coming to terms with things such as this story that do very much play to my pre-existing bias.

Do I think that 44% of all Republicans believe this? No, I honestly don’t, I’m not convinced that there is sufficient evidence to settle on such a sweeping generalisation.

My real point is this.

There is stuff out there that will very much play to the existing biases that we have. Within the right-wing bubble there is a great deal of nonsense that is embraced as truth. If we glance in, we might wonder “How can they believe such obvious nonsense?“

This to some degree happens to all of us … no exceptions. The yahoo story is an example that those within the right-wing bubble might glance at and think “How can they believe such obvious nonsense?“. It might indeed be something believed by nutters, but not 44% of them (at least I sincerely hope not).