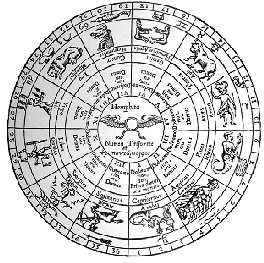 Last month the Conservative MP David Tredinnick, a well-known alternative medicine and astrology nut, gave an interview to the Astrological Journal, in which he suggested that prophecy could be used to treat patients in the NHS. He wrote …

“There would be a huge row over resources. However, I do believe that astrology and complementary medicine would help take the huge pressure off doctors. Ninety per cent of pregnant French women use homeopathy. Astrology is a useful diagnostic tool enabling us to see strengths and weaknesses via the birth chart.

“And, yes, I have helped fellow MPs. I do foresee that one day astrology will have a role to play in healthcare”. He added that opponents to astrology were “bullies”, saying: “Astrology offers self-understanding to people. People who oppose what I say are usually bullies who have never studied astrology. They never look at it. They are absolutely dismissive. Astrology may not be capable of passing double-blind tests but it is based on thousands of years of observation.”…

… “People such as Professor Brian Cox, who called astrology ‘rubbish’ have simply not studied the subject.”

There is a reason that it does not pass double-blind tests, and the deeply complex apparently hard to grasp scientific term used to describe that reason for it to completely fail such testing is that it is “bullshit”. Pointing that fact out does not make somebody a bully, but rather makes them orders of magnatitute more rational than Mr Tredinnick.

“I don’t really mind what his views are except that he’s on the science and technology select committee… which deals with funding. He should be arguing for science and STEM subjects in parliament, so that is problematic.”

Yep, and that is exactly why this specific guy should be held up and ridiculed, he is in a position where his batty beliefs can potentially do a great deal of harm.

he’s a well-known outlier on the spectrum of reason.

Is that a reasonable stance?

If there was any evidence at all, then no, it would not be, but so far the actual credible evidence that has emerged from controlled studies is exactly zero.

So in reply to Mr Tredinnick’s observation “People who oppose what I say are usually bullies who have never studied astrology” … er no, it is not up to others to debunk ongoing claims, but rather it is up to the astrologers to step up to the plate and deliver even one single jot of credible evidence, and so far that has simply not happened. All the truly credible attempts have completely failed …

Every single credible test has completely and totally failed, but beyond that there are also other huge issues …

… so when I deploy the term “bullshit”, I’m not simply being offensive or dismissive, because the basis for declaring it to be exactly that is fact based.

When it comes to the idea that we should introduce “Magic” to the NHS … er, no thanks Mr Tredinnick, I’d far rather go for the stuff that has been proven to actually work.