Cognitive Dissonance is of course the term used to describe the mental stress that will arise when an existing belief is confronted with information that conflicts with the belief.

So where does our understanding of what actually happens come from?

Back in 1956, Leon Festinger, an American social psychologist, wrote a book entitled When Prophecy Fails. It starts with the discovery of a group of UFO believers who truly believed the world would soon end, and that a UFO would rescue just them. The cult leader, Dorothy Martin, was a Chicago housewife who had experimented with automatic writing, and out of this came her prophecy . In response to it, she and her followers had given away money and possessions to prepare for their departure on a flying saucer which was to rescue them on 21 December 1954.

When Dr Festinger and team came across stories about them they thought, “Oh, lets study these folks and see what happens after 21st Dec”, and so the now famous study was born.

So here is how Festinger and his colleagues that infiltrated Keech’s group reported the sequence of events:

Festinger had previously made the observation that … “If more and more people can be persuaded that the system of belief is correct, then clearly it must after all be correct.“, so he predicted that what would happen is that after the inevitable disconfirmation there would be an enthusiastic effort at proselytizing to seek social support and lessen the pain of disconfirmation, and that is exactly what happened.

The concept that describes all this is Cognitive dissonance, and came out of the above study. It is now one of the most influential and extensively studied theories in social psychology. Cognitive dissonance theory explains human behavior by positing that people have a bias to seek consonance between their expectations and reality. People engage in a process called “dissonance reduction”, which can be achieved in one of three ways: lowering the importance of one of the discordant factors, adding consonant elements, or changing one of the dissonant factors. This bias sheds light on otherwise puzzling, irrational, and even destructive human behavior. 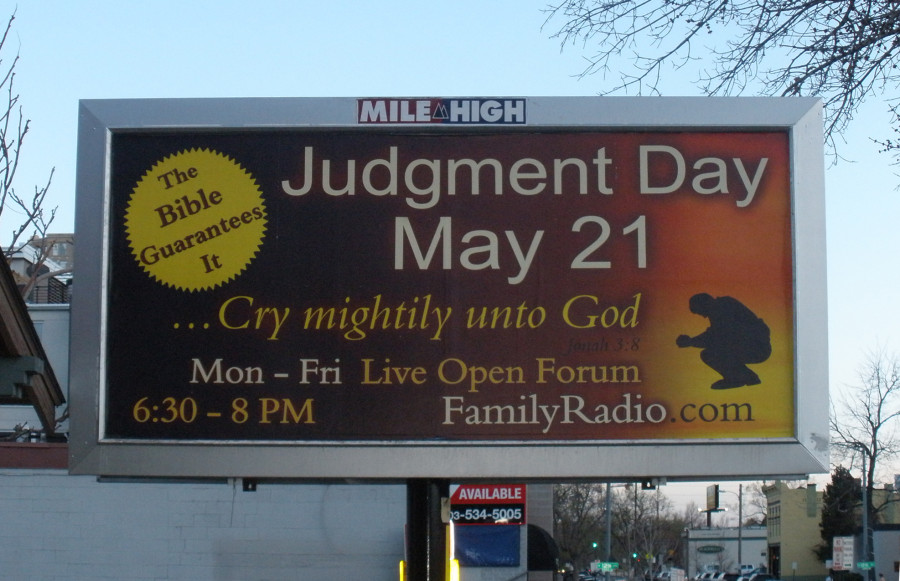 But what about those that did embrace the idea, what happened after the big day?

In other words the core belief became even stronger and was not reduced.

If you have debated with people who embrace crazy ideas then this is perhaps something that you will be familiar with. When faced with facts that conflict that an idea that has been heavily invested in, then the belief will be protected and the facts will simply be rationalised away.