First the basics – there are no psychic powers

Before we start, let’s clarify one very important point …

Nobody has “Psychic” powers, they do not exist and have never been successfully demonstrated under controlled conditions.

Or to put that another way … they are all frauds … no exceptions.

Ah but it is not quite that simple, some are what can best be termed, “Shut eyes”, because not only have they fooled others, they have also completely fooled themselves as well and have been caught up in a feedback loop where people keep telling them how accurate they are. All they actually do is cold-read and yet they truly believe it to be real. Humans are easy to fool; we all fool people all the time, and the one individual we are most prone to fooling is ourselves. 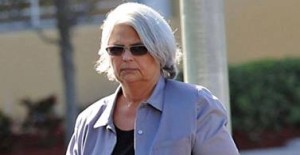 So anyway, on with a bit of good news, “Psychic” Rose Marks has been convicted of 14 fraud-related charges and immediately slapped in handcuffs and marched off to jail. Some of the details are here …

When the trial began, cynics scoffed at the notion that a psychic could be charged with separating a fool and his money.

But, prosecutors methodically built a case, showing how Marks, her daughters-in-law and even her granddaughter preyed on broken people who came to their storefronts in midtown Manhattan and Fort Lauderdale to deal with tragedies life had handed them. Instead of solace or guidance, they told clients the only way out was to give them money — lots of it — with the promise it would one day be returned. Instead, the psychics amassed a roughly $25 million fortune.

“I’ll be the voice of the victims. Justice has been served,” said Charles Stack, who began what appeared to be a quixotic investigation in 2008 before he retired from the Fort Lauderdale Police Department.

Least you wonder, this was no small time scam …

…the victims were praying for hope, and hope is the unwavering belief in the unseen,” Stack said.

Stack, who said he understood why Marks’ family lashed out at him, is a hero to the victims, including best-selling romance novelist Jude Deveraux. He befriended the writer, helping her get over the shock of learning that her nearly 20-year relationship with Marks was a sham and she was unlikely to ever recover the $20 million she had given the psychic “to cleanse.”

“I’m glad she’s going to be taken off the streets and out of the business and she won’t hurt anyone else,” said Deveraux, 66, who splits her time between New York City and Southwest Ranches near Fort Lauderdale.

Deanna Wolfe, who lost nearly $1 million during her three-decade relationship with Marks, expressed mixed feelings about the verdict. “I don’t know if she started out meaning to do this or if the greed and the money just took over,” said Wolfe, 72, who lives in Virginia. “It’s a sad thing for everyone involved, including her family.”

Deveraux, who sought Marks’ help to deal with an abusive husband and the death of an 8-year-old son in a 2005 ATV accident, expressed no such ambivalence. “It was never a friendship,” she said. “There’s no sadness. None.”

Ah but they are not all frauds.

It is about here that you might be thinking, “Well yes, they were frauds, and deserve jail, but there are true psychics out there”.

Nope, not one, they are all frauds, no exceptions.

The James Randi Educational foundation has $1 Million on offer to anybody who can successfully demonstrate any kind of psychic ability at all. However, since it is managed by magicians and illusionists familiar with all the tricks, all those who truly believed and tried over the decades, have failed to demonstrate anything under controlled conditions – I’ve personally had the privilege of watching several tests, it is all very open.

As for the big-name psychics, they have also been invited to participate but have always ducked and run because they have too much to loose by taking the test and failing. Why run? Well because they know that they are frauds.