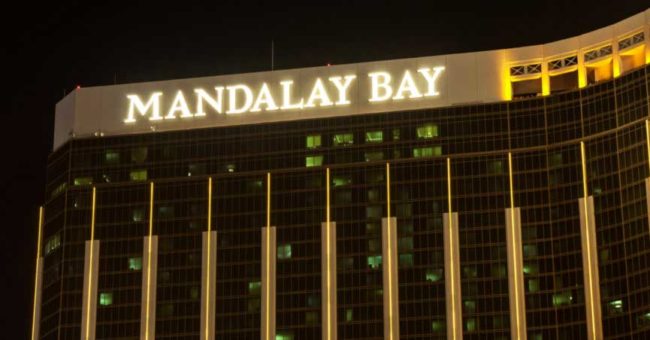 When something dramatic happens the emergence of wild claims soon follows. Las Vegas has been no exception. If you have a Facebook account then you will have potentially made the observation that almost immediately speculation and even various conspiracy claims started popping up.

As an example, once a week on a Sunday I look back to see what the three wildest weirdest religiously inspired claims during the past seven days have been, and that posting highlighted two that related to Las Vegas. One was Pat Robertson suggesting that it happened because there was a lack of respect for Trump and God, and the other was a clip by creationist Kent Hovend promoting that idea that it was a false flag operation. The fact that they made such claims simply confirms something that many of us already knew about these pundits of BS.

Today I am wondering if there are any good sources for debunking such claims. The answer is that yes indeed there are, and so here are a couple that you might find useful.

Who was Stephen Paddock?

So far the best distillation of what is actually known is the new Wikipedia page on him. I would anticipate that as further insights and information comes to light, the page will be updated.

Steve Sheldon, is a conservative writer and speaker, and also avid gun enthusiast. He has also created a nice list is rebuttals to the various Conspiracy Theories Surrounding the Las Vegas Shooting, so if you feel that his debunking is a liberal plot, then you will seriously need to reexamine that assumption.

1.  How did he get that many weapons into his room without being noticed?

A: With a luggage cart and ten suitcases over 3 days.

2.  How did he fire off that many rounds without training?

A: A monkey can pull a trigger; and, who says he didn’t have practice?

3. How was he able to kill that many people in such a short time?

A: He had 11 minutes firing on near full-auto (using a bump fire device) into a crowd of people that had no idea where the fire was coming from.

A: First, he was a psychopath. Clark County Sheriff Joseph Lombardo said it best, “No Ma’am, I can’t get into the mind of a psychopath at this point.”

Second, he probably thought he would be there for an extended period of time and perhaps thought he would heat up one or more guns. Maybe he wasn’t good at changing magazines? Again, first answer is always a fit. Seriously, how can we apply reason to a psychopath?

Finally, some questions for the conspiracy theorists.

How do hundreds of law enforcement officers secretly conspire to cover up evidence in one of the nation’s worst modern massacres?  What would be their motivation? Would conspiracy advocates be satisfied when they see video evidence of the shooter by himself committing the act and ending it by putting a gun in his mouth?

I could go on, but you get the picture.  Please folks, stop with the conspiracy insanity and let the investigators do their jobs.  Seriously, just stop.

Another great source is of course snopes. The cacophony of rumors, hoaxes, and conspiracy theories has been keeping them very busy, and so there is already a large collection of rebuttals for the various claims available at the following link …

What else can be checked?

Going to google and entering whatever it is that has popped up along with the word “skeptic” or “debunk” can also often turn up a rebuttal, so if all else fails, then giving that a shot is often worth it.

If you do hear about some crackpot theory, then ask yourself this …

Is there something odd about people who believe or promote such ideas?

The short answer is no. Humans are awash with many cognitive biases and so we are all at risk of buying into a belief in something that is not actually true at all.

It has perhaps always been like this with humans. What is actually new is that since about the mid 2000’s the Internet has acted as an amplifier for such ideas.

Why do such beliefs take root and flourish?

In other words, when faced with a high-stress event such as the Las Vegas shooting, people embrace beliefs, perhaps religious or perhaps simply a conspiracy, as an attempt to explain it, and so gain some degree of control over the emotional trauma. Because it is embraced at an emotional level, any debunking of the idea at an intellectual level will be ineffective.

It is perhaps part of our humanity that we are like this. The pattern seeking engine between our ears jumps to rapid conclusions as an attempt to explain what we encounter, and we then grasp that emotionally. Being able to do that gave our species a distinct survival advantage, hence that attribute has been naturally selected. If we are really going to address this and overcome it, especially now in an age when the flow of information has been greatly increased, then we need to start thinking things through, not just at an emotional level which often leads to incorrect conclusions, but to also think things through analytically.

You really can’t tell people what is and is not actually true, but becoming conscious that we can all slip enables us as individuals to seriously question things that we have previously assumed. In other words, when faced with such claims, don’t make statements, but instead ask questions, not just to others but to ourselves and work through things at an analytical level. We truly do need to equip ourselves to be able to rise to the challenge of this new age of myth-information and work out what is really true.

When faced with such ideas then here a few questions that might help.

If indeed you do truly believe and wish to label me a “fucking idiot” for not believing what is apparently obvious, then you should seriously pause and ask yourself why I don’t believe.