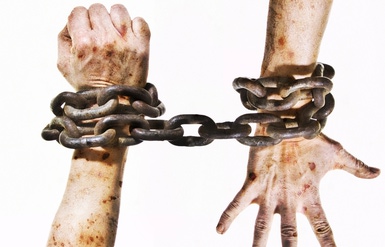 It is perhaps popular these days to point out not only some of the contradictions, but also some of the quite frankly obnoxious bible verses. I am just as guilty of that as many others, I plea no innocence here.

So what happens when you confront a deeply committed Christian with such verses?

Nothing changes, the belief remains wholly intact and robust.

As a quick aside, this holds true with the Quran as well. Confront the deeply committed Muslim and you will face an assurance that the Quran is the inerrant word of Allah, is perfect, and is never wrong. The various verses where it asserts that planet earth is flat, gets its sums wrong, or suggests that some truly odious stuff is a jolly good idea, and you have not really read it correctly or understood it correctly.

How do people rationalise such things?

Let’s work one example that is so clear that you just can’t play either the “misunderstood” card, nor the “mistranslated” or “out-of-context” cards.

The Bible is very much a pro-slavery text from cover to cover. That should not surprise us because when written, slavery was a socially acceptable part of life and so it reflects that reality. If you are a critical thinker then the immediate and rather obvious is that an all-knowing God who is the source for all morality would have suggested things that conflicted with the prevailing moral consensus and not simply aligned with it. The fact that this did not happen would in the mind of such a thinker lead to the conclusion that no gods were involved in the production of this text. This should be obvious, but apparently it is not.

I’m picking this example because today we universally recognise slavery as a vile institution, nobody would seriously argue that it is a really good idea.

Pro-Slavery text, what exactly does that mean?

Who you can Enslave

45 You may also buy from among the strangers who sojourn with you and their clans that are with you, who have been born in your land, and they may be your property.

46 You may bequeath them to your sons after you to inherit as a possession forever. You may make slaves of them, but over your brothers the people of Israel you shall not rule, one over another ruthlessly.

Incidentally, if you think I’m joking, (and I am of course), we should pause and remember that such conversations were once deadly serious in the not too distant past. If you seriously doubt that, then it may be worth doing a bit of history on that topic. During the civil war the Bible was deployed by both sides as a weapon of the mind.

Directions on how to beat your slave

20 When a slaveowner strikes a male or female slave with a rod and the slave dies immediately, the owner shall be punished.

21 But if the slave survives a day or two, there is no punishment; for the slave is the owner’s property.

So there you go then, beating your slave is just fine as long as the slave is still alive two days after the beating. This is because the slave is not human and is just a bit of property.

Sex slavery is also not a problem

7 When a man sells his daughter as a slave, she shall not go out as the male slaves do.

8 If she does not please her master, who designated her for himself, then he shall let her be redeemed; he shall have no right to sell her to a foreign people, since he has dealt unfairly with her.

9 If he designates her for his son, he shall deal with her as with a daughter.

10 If he takes another wife to himself, he shall not diminish the food, clothing, or marital rights of the first wife.

11 And if he does not do these three things for her, she shall go out without debt, without payment of money.

One side thought. If you encounter somebody who claims that they base their morality upon God’s word in the bible, that doing a face palm is wholly appropriate.

When faced with such morally vile stuff within the Bible, the immediate and rather standard rebuttal is something akin to the following …

“Oh, but that is just the old testament, we now have the new testament“

The rather obvious rebuttal to the idea of the New Testament being a replacement, and upgrade to the Old Testament, is that Jesus is quoted as explicitly telling those that followed him that this was not the case …

18 For truly I tell you, until heaven and earth pass away, not one letter, not one stroke of a letter, will pass from the law until all is accomplished.

Beyond what Jesus himself said we also can observe what he did not say. At no point did he ever in any way suggest that slavery was a bad idea.

Paul, when writing his letter to the Ephesians, does give some very explicit instructions concerning slaves …

5 Slaves, obey your earthly masters with fear and trembling, in singleness of heart, as you obey Christ;

6 not only while being watched, and in order to please them, but as slaves of Christ, doing the will of God from the heart.

7 Render service with enthusiasm, as to the Lord and not to men and women,

8 knowing that whatever good we do, we will receive the same again from the Lord, whether we are slaves or free.

This is not an obscure reference, nor is it unique, there are other many other references to slavery in the New Testament (Colossians 4:1, 1 Timothy 6:1-3, 1 Corinthians 12:13, Galatians 3:28, Colossians 3:11). What is abundantly clear is that within the New Testament, slavery is a socially acceptable part of the fabric of life, and nobody was seriously challenging it.

We simply cannot escape the fact that quite literally from cover to cover the Bible is very much a pro-slavery text, and that also includes the New Testament, it was not an exception.

So how do Modern Christians come to terms with this?

We do not find anybody seriously advocating that Slavery is something to be endorsed because the bible says it is OK, and yet at the same time we do have many Christians who would view the bible as the divinely inspired word of God, so how exactly does this work?

Humans interpret, and align the text to their beliefs and also social norms.

It can take the form of …

“Ah, but that was then. Today God’s revelation has naturally worked its way to the logical conclusion that slavery is wrong”

“It was all spiritually symbolic and that is why God allowed it. It was a pattern for us to follow. We become Love slaves for Jesus and he is our master”

Belief is essentially an emotional experience and is not an intellectual one. Religious people are not individuals, who when faced with a specific set of ideas, decided “Yes, that is the most correct set of ideas, so I will follow this“, but instead it is more akin to a relationship. You fall in love (you convert), and the rationalising comes later. You then discover that your beloved has a few faults and so your emotions kick in and you rationalise it all away so that you can preserve the investment in the relationship.

If you attempt to engage a religious person to debate and debunk the intellectual ideas, then you will find that belief is immune to such a strategy. This is because it is not intellectual.

You might indeed slice and dice the ideas that are presented and leave them utterly in tatters, but quietly within the mind you are engaging with is the thought that runs something like this … “OK, I have failed to communicate and clearly I don’t truly understand, but deep in my heart I do know that I am right, and that this non-believer is wrong”.

That is the emotional commitment kicking in. Later, after giving it a bit of thought, the believer will rationalise things and put the mind to rest once again.

You can’t present people with new information. Instead, the best you can do is to ask questions and lay down a trail of breadcrumbs for them to follow out of the maze.