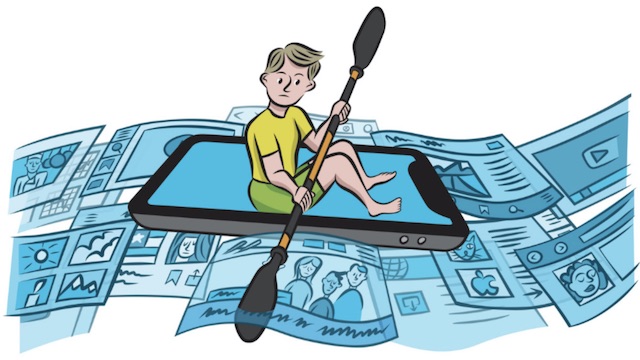 One part of the Facebook “solution” is to flag Fake News as Fake. This is how they describe it …

Better identifying false news through our community and third-party fact-checking organizations so that we can limit its spread, which, in turn, makes it uneconomical.

This leads to an interesting question. If you permit people to continue to post fake news and simply flag it as “fake”, does that actually work?

A new study asked that very question and came to an answer that suggests that simply flagging an item as “Fake” has no impact.

Fake News on Social Media: People Believe What They Want to Believe When it Makes No Sense At All

Published in MIS on 5th Nov 2019, it describes the details of what they did and the conclusion.

So what did they do?

80 social media-proficient undergraduate students first answered 10 questions about their own political beliefs. Each participant was then fitted with a wireless electroencephalography headset that tracked brain activity related to cognition.

The students were asked to read 50 political news headlines presented as they would appear in a Facebook feed and assess their credibility. The headlines ranged from true to false with some gradations in between: “Trump Signs New Executive Order on Immigration” (clearly true), “Nominee to Lead EPA Testifies He’ll Enforce Environmental Laws” (true), “Russian Spies Present at Trump’s Inauguration — Seated on Inauguration Platform” (false).

The researchers randomly assigned fake news flags to some of the articles to see what impact they had on the participants’ responses. The students rated each headline’s believability, credibility, and truthfulness.

As they worked through the exercise, the participants spent more time and showed significantly more activity in their frontal cortices — the brain area associated with arousal, memory access, and consciousness — when headlines supported their beliefs but were flagged as false. These reactions of discomfort indicated cognitive dissonance when headlines supporting their beliefs were challenged.

But this dissonance wasn’t enough to make participants change their minds. They overwhelmingly said that headlines conforming with their preexisting beliefs were true, regardless of whether they were flagged as potentially fake. The flag didn’t change their initial response to the headline, even if it did make them pause a moment longer and study it a bit more carefully.

“Our research shows that users are going to believe articles that align with their beliefs regardless of the validity of the article. Facebook’s fake news flag isn’t going to change that. We need better flags if Facebook isn’t going to remove fake news from its platform.”

“People’s self-reported identity as Democrat or Republican didn’t influence their ability to detect fake news. And it didn’t determine how skeptical they were about what’s news and what’s not.”

“The fact that social media perpetuates and feeds this bias complicates people’s ability to make evidence-based decisions,” she said. “But if the facts that you do have are polluted by fake news that you truly believe, then the decisions you make are going to be much worse.”