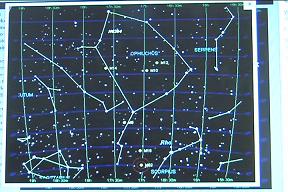 Apparently the Minnesota Planetarium Society has announced that a thirteenth sign, Ophiuchus, should be added to the zodiac charts. Now, least you wonder, this is not science, instead its a belief which teaches that the relative positions of celestial bodies and related details can provide information about personality, human affairs and other “earthly” matters. You might not in fact be too surprised to learn that there actually is a scientific term for this, and that term is “bullshit”.

Sadly in one poll, 31% of Americans expressed a belief in astrology and, according to another study, 39% considered it scientific (yes really). So are there really that many people out there who truly do believe? Yep, but you need to remember that its not a measure of how factual it is. You do still need to appreciate that nobody gets a vote on reality, if 90% truly believe the sky is pink and affirm it is, nothing suddenly changes, its still blue.

Science … and I mean good science … does have a bit of responsibility to not simply dismiss because something is obviously “bullshit”, but should instead be impartial and look at the evidence. Anything else puts you into a belief category. What I’m getting at here is that this means looking at the data, and doing proper double-blind tests. But rest assured, its all been done, and time after time, studies have repeatedly failed to demonstrate statistically significant relationships between astrological predictions and operationally defined outcomes. In other words, its nonsense, and that has been determined not by opinion or belief, but by being factually tested and proven to be so.

What of course is truly worthy of study is not the long ago discredited claim, but rather the psychological phenomena that causes people to truly believe. One such aspect is what is known as confirmation bias. So when an astrologer makes a prediction … what happens? Well, folks tend to remember more of the accurate predictions (“hits”) than the inaccurate ones (“misses”), and so they end up believing it all to be far more accurate than it actually was.

Another aspect at play is the Forer effect. This is where people tend to give high accuracy ratings to descriptions of their personality that are presented to them as tailored specifically for them, but which are in fact vague and general enough to apply to a wide range of people. This is also more commonly known as the Barnum Effect after P.T. Barnum‘s observation that “we’ve got something for everyone”).

If interested to know more, then here are some links for you …

So remember, when translating the word “Astrology” into plain English, the correct translation is the word, “bullshit”.