According to the UK government “Nearly one in five people living in the UK today will survive to see their 100th birthday” (or to be more specific, The Department for Work and Pensions (DWP) said its figures suggested 10 million people – 17% of the population – would become centenarians)… hummm, now those are not bad odds … but what about beyond that, what is possible? 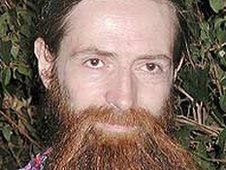 Well, I have some very good news for some. Dr Aubrey de Grey (pictured here), a Cambridgeshire academic who specialises in the ageing process, has announced ..

Wait what!!! … that’s a typo, yes? Nope, you read that correctly … 1,000 (the birthday card manufacturers must love him). OK, so is he a fringe kook and is simply talking out of his arse?

Once again … Nope. Dr de Grey is the chief scientific officer of the SENS Foundation (Strategies for Engineered Negligible Senescence) which carries out research into the prevention and cure of ageing. This is not one lone nutter operating out of his garden shed, he is for real, and when you chat with him, you find that he does in fact have a good solid scientific basis for this claim. In fact, this is not a new claim, he first said this in 2004, and still stands by it.

“We will not be simply keeping people alive in a frail, sick state.

“We will be actually keeping them in a youthful state so that they have a low probability of dying each year.”

But how exactly is the scientific fraternity going to achieve this?

According to Dr de Grey, the genesis of this could be realised within decades.

“The medicines that I think are going to come along in the next 20 or 30 years are ones that not only slow down the ageing process and keep us from getting quite so sick, quite so young, but also reverse the ageing process,” he said.

“In other words, conduct periodic repair and maintenance at the molecular and cellular level, so that even if we have already accumulated some of the damaging effects of ageing we can be periodically fixed up – like any simple man-made machine.

“Once we get medicine like that, we should be in a very powerful position to keep people in a genuinely youthful state – not just looking young, but feeling young and functioning young – for as long as we like.”

Here are some links …

Ah but… (sigh! …. Oh come on now, you knew this was coming) … Carl Zimmer has been writing about this in Scientifc American here, he has a chapter in his e-book that ponders how to reconcile the visions of techno-immortalists with the exigencies imposed by real-world biology. So he mulls over some of the thinking he has tripped over at the Singularity summit .including ….

He concludes with this observation from Marcus …

It doesn’t matter whether those of us alive today get to see it or not. Even if Fiesta Omelets don’t keep us alive for decades, our grandchildren or great-grandchildren may still have to cope with our too-clever creations. We owe it to them to get ready—if not for the Singularity, then at least for a life different from our own.

So can you live forever? Well, it looks like Zimmer (like myself) might not have not drunk the Singularity Kool-Aid, but we have both taken a sip, so while we will in all probability not live forever, we can at least have a hell of a fun time trying … as for progress to date? (checks pulse) yep still alive, so far so good.

2 thoughts on “How long can we live?”