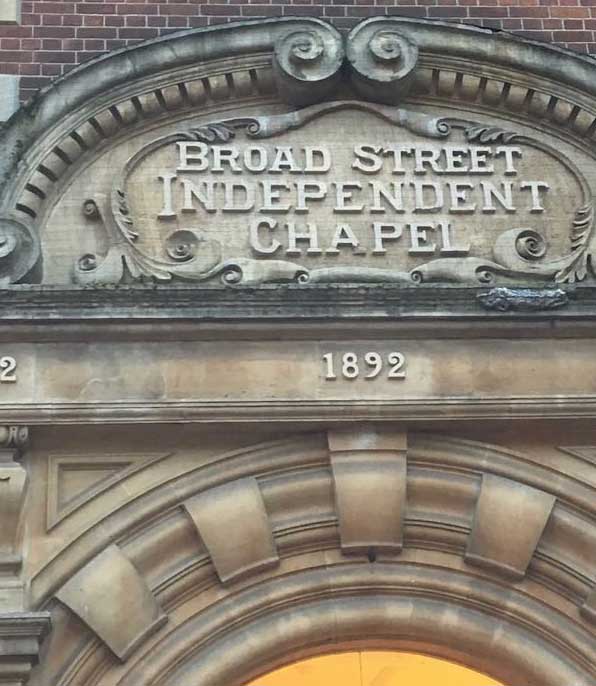 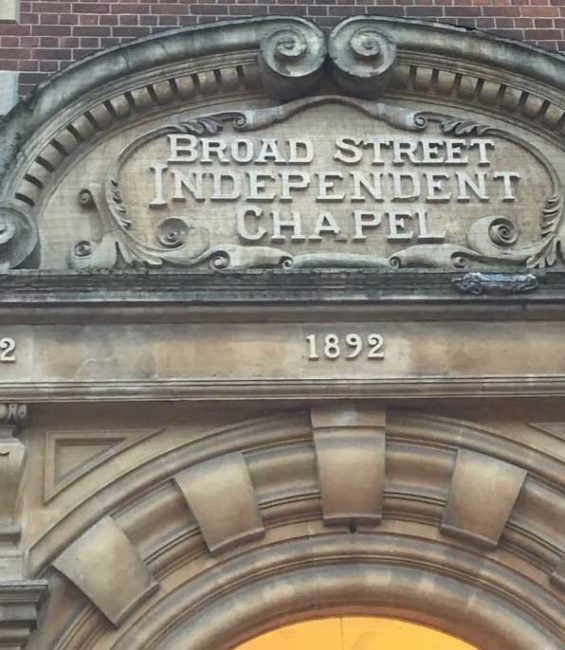 On the weekend I went to a church. To be specific, it was the Broad Street Chapel pictured above, but it was not quite as you might anticipate it to be. The picture above shows you the outside of the building, and below you can see it within its actual context.

It might indeed have once been a thriving Chapel with a vibrant community, but time has moved on. It was built in 1707 as a non-conformist chapel and by about 1715 as many as 10% of the town were part of the congregation.

That is all history now, it is no longer like that.

We in the UK live in a nation where the majority are not religious, and so many of the religious buildings of the past have been repurposed and found a new quite different form of popularity. It is now a bookstore, but the past it once had is not buried or hidden, but instead is honoured as a part of history. They have a display case inside explaining it all to you. For the truly curious they will also sell you a book about it all. 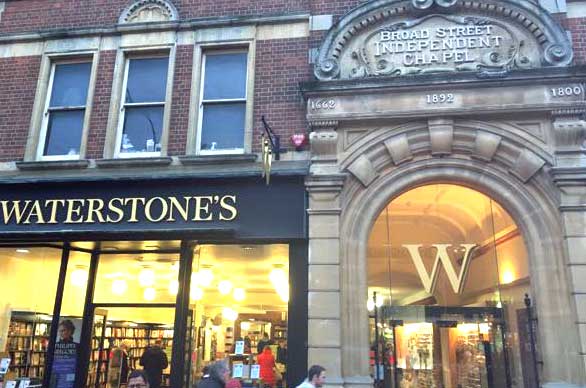 On my way to the store I was stopped by a guy in the street handing out religious tracts.

It boiled down to “Well the bible says …” … and also “Well I’ve had this experience … “. It will perhaps be familiar.

He did relate a story about how he had been very ill, had been prayed for and then recovered, and that this was a clear example of god working in his life. I asked him if he had been receiving any medical treatment for his illness and he confirmed that he had. I then asked why he had concluded that the prayer had made him well and that the medical treatment he had received had played no part in that. He simply dismissed that as absurd because clearly it had been the prayer.

As I probed to see how he knew what he claimed to know, it kept circulating back to his assurance that people simply need to believe the bible and accept what it says by faith as true. I asked is he thought that faith was a reliable way of working out what is and is not true, and he assured me that it was.

I then pointed out that there is a vast diversity of very different mutually exclusive beliefs coming from those that read the bible by faith, yet they arrive at distinctly different conclusions. I asked how that could possibly be the case if faith was reliable.

We parted on friendly terms. He did want to give me some reading material as well, but I politely declined.

Highlight of the conversation

At one point he advised me that the soul was quite real and that medical science had proven this.

He might indeed truly believe this, but it is not actually true at all.

I would love to think that I might have made some difference, but what was clear is that he was very deeply emotionally invested in his belief and so when faced with questions that he can’t answer, it will not initiate doubt, but will most probably be filed away under the word “Mystery”.

One More thought on the Broad Street Chapel

Would the previous users now be horrified to learn that it is now a bookstore?

.. in 1796 a chap called Archibald Douglas became a minister there. He started a Sunday school, and since this was 1796, that would have been the only education that those addending would have ever received. At first it was just for boys, but in 1802 he expanded to also have a girls school as well. Oh and this chap also started a local Literary Society.

So would he be horrified about the chapel now being a book store?

Apart from the observation that they open to sell books on a Sunday, I suspect probably not, but would instead I would like to think that he would be delighted to see that a love of literature and learning still thrives.