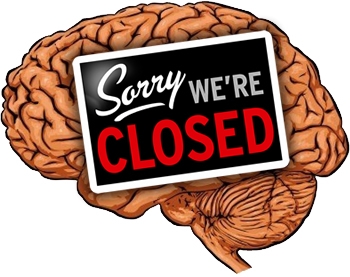 There is a recent study that claims that their results reveal that the non-religious are more close-minded than the religious. This perhaps merits a quick peek to see what is going on here. Having been a religious person who grew into a non-religious person I have the distinct benefit of seeing the view from both sides of the fence, and so a result such as this is a bit of a surprise.

A summary article within a Magazine sums things up as follows …

New research indicates that religious believers can be better at perceiving and integrating different perspectives than atheists in Western Europe.

“The main message of the study is that closed-mindedness is not necessarily found only among the religious,” the study’s corresponding author, Filip Uzarevic of the Catholic University of Louvain, told PsyPost.

The research was published April 27, 2017, in the peer-reviewed journal Personality and Individual Differences.

“The idea started through noticing that, in public discourse, despite both the conservative/religious groups and liberal/secular groups showing strong animosity towards the opposite ideological side, somehow it was mostly the former who were often labeled as ‘closed-minded’,” Uzarevic explained. “Moreover, such view of the secular being more tolerant and open seemed to be dominant in the psychological literature. Being interested in this topic, we started to discuss whether this is necessarily and always the case: Are the religious indeed generally more closed-minded, or would it perhaps be worthy of investigating the different aspects of closed-mindedness and their relationship with (non)religion. ”

Some immediate and obvious questions arise …

It starts out well by acknowledging the rather obvious …

religiosity is, to a modest degree, characterized by dogmatism, defined as an inflexibility of ideas, unjustified certainty or denial of evidence contrary to one’s own beliefs

I do indeed have a quibble with the term “to a modest degree” in the above. For some religious people there is a rather marked intolerance of people who do not believe, have a different belief, or who happen to have a different sexual orientation. Certainly my own experience of a transition from being religious to non-religious was one where I discarded rather of lot of irrational dogmatic thinking that was the very essence of “closed-minded”. I am in no way isolated in that regard, it is a common experience.

Now to be clear here, I used the term “some” to qualify the above because it is quite complex, you really cannot generalise. There are religious people who are very tolerant and there are also non-religious people who are quite intolerant. Generally however, some rather obvious things simply cannot be avoided. For example, homophobia is very much rooted within religious dogma.

OK, so they decided to try and measure how “close-minded” the non-religious are …

we investigate specific domains of cognition where non-believers may show higher inflexibility in thinking, at least in secularized cultural contexts like those in Western Europe.

Side note: it was self-reporting, and so this is not a truly objective measurement.

They measured three things. Two of them are a bit problematic because the results do not actually measure “inflexibility in thinking”

I’m not convinced this is a meaningful measure of Confirmation Bias. Take for example the issue of gay adoption which they did specifically use. There really are no truly ethical or moral arguments that can be made against this, just dogmatic religious arguments, so a low “other-side” score is actually measuring a resistance to intolerance and dogmatism and is not actually measuring confirmation bias at all. That’s a rather fatal flaw here.

They describe this as follows …

This construct was measured using three pairs of short statements, each pair presenting two seemingly contradictory scientific findings (statements selected from Peng & Nisbett, 1999). Participants were asked to rate, on a 9-point Likert scale, the extent to which they thought each of the six findings was true. The rationale behind this measure is that people who are intolerant of contradiction will have more difficulty in accepting the seemingly contradictory findings as equally true

I would argue that being intolerant of contradiction is not actually a negative attribute that identifies closed-mindedness, but is instead  a measure of rationality to some degree. If faced with conflicting statements, it makes far more sense to reject one or even both because clearly they can’t both be right.

Those accepting both when they clearly conflict are not “open-minded”, but instead are quite frankly not being wholly rational. This is also a rather fatal flaw.

This was an attempt to measure certainty that can’t be justified. For example, if faced with a statement such as …

“There are so many things we have not discovered yet, nobody should be absolutely certain his beliefs are right”

A low score on this measure show openness to the possibility of reassessing and changing opinions. Being irrationally dogmatic is indeed a distinct measure of closed-mindedness and so as you might perhaps anticipate, the religious did not do well on this one.

Basically, apart from the rather obvious dogmatism associated with the religious, this also popped up …

The fundamental issue here is equating a measure of what they term “intolerance of contradiction” with “closed-mindedness”, and also the assumption of a myside bias for issues that really are ethically and morally one sided and only have a dogma based other-side alternative.

Are Atheists more Close-Minded than the religious?

Clearly the study does not establish this at all.

I’m not actually convinced that this is even a meaningful question to ask.

Atheism is simply a negative conclusion to just one question – Is there a God? It says nothing about anything else. In reality you will find a vast spectrum of thinking within both the atheist and also the theist arenas on everything else.

Atheists and Theists might indeed have reached a specific conclusion on that one God question, but may also be very open-minded or closed-minded regarding many other topics.

As you might anticipate, the study makes great PR for the Conservative right-wing to batter and troll non-believers with. At best, when deployed, it will indeed invoke a considerable degree of eye-rolling. Atheists do not believe in a God, and they should also not believe when some are using the rather flawed study to claim either.