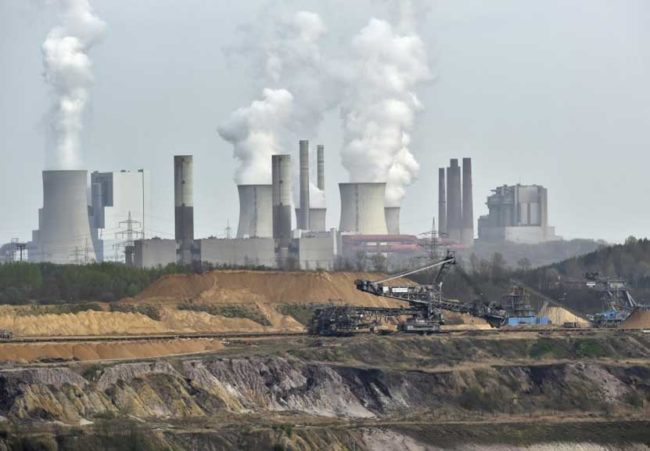 The prevailing initiatives for addressing climate change are focused upon the reduction of our CO2 emissions via the Paris Agreement. This is of course a rather obvious step, but what is also becoming clear is that current goals will not be enough. Some longer term thinking has been articulated within a new study entitled “Young people’s burden: requirement of negative CO2 emissions.”

Published within the open access journal Earth System Dynamics on 18th July, it lays out the case for the removal of CO2 if we wish to keep climate change within safe limits.

The lead author is James Hansen

Over 29 years ago back in 1988 James Hansen testified before congress. This was a key turning point because it brought the entire issue of Climate Change into public consciousness. Wikipedia lays it out as follows …

Hansen was invited to testify before the United States Senate Committee on Energy and Natural Resources on June 23, 1988.[72] Hansen testified that “Global warming has reached a level such that we can ascribe with a high degree of confidence a cause and effect relationship between the greenhouse effect and observed warming…It is already happening now”[51] and “The greenhouse effect has been detected and it is changing our climate now…We already reached the point where the greenhouse effect is important.”[73] Hansen said that NASA was 99% confident that the warming was caused by the accumulation of greenhouse gases in the atmosphere and not a random fluctuation.[51][73]

According to science historian Spencer R. Weart, Hansen’s testimony increased public awareness of climate change.[74] According to Richard Besel of California Polytechnic State University, Hansen’s testimony “was an important turning point in the history of global climate change.”[72] According to Timothy M. O’Donnell of the University of Mary Washington, Hansen’s testimony was “pivotal,” “ignited public discussion of global warming and moved the controversy from a largely scientific discussion to a full blown science policy debate,” and marked “the official beginning of the global warming policy debate.”[75] According to Roger A. Pielke of the National Center for Atmospheric Research, Hansen’s “call to action” “elevated the subject of global warming and the specter of associated impacts such as more hurricanes, floods, and heat waves, to unprecedented levels of attention from the public, media, and policy makers.”[76]

The research was largely inspired by a landmark climate change lawsuit brought by 21 children against the federal government, which is scheduled to go to trial in February 2018, and will be used as scientific support in the case. In fact, its lead author, Columbia University climatologist and former NASA scientist James Hansen, is a plaintiff on the case, along with his now 18-year-old granddaughter.

As a brief summary …

The Washington Post article documents a few interest responses to this, some of which do criticise the paper, but one of those critics does make this rather good point …

“The more important point is that we cannot rule out the very real probability that there are slow feedbacks — and risk is probability times cost. … Once you start thinking in terms of risks I would concur with Dr. Hansen that the current trajectory presents some unacceptable risks.” – Cristian Proistosescu

James Hansen is giving a boost to the kids suing Trump over climate change https://t.co/Xlvds3VQGP via @HuffPost pic.twitter.com/Sq49XhkTJk