You would perhaps expect a Children’s Charity that has been established to provide a home and support for abused kids would gratefully receive any and every donation offered …. but apparently not.

So this is what happened. 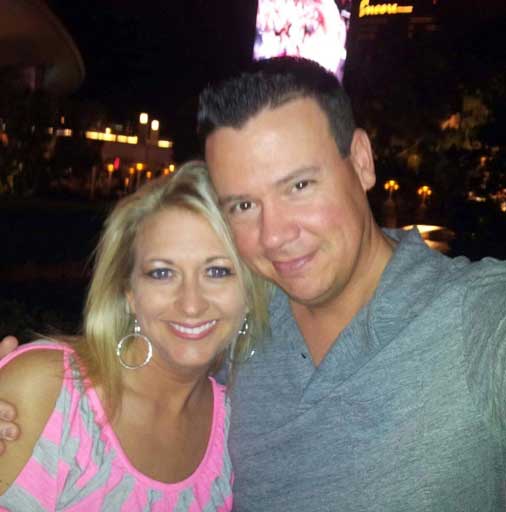 This is a story about how Matt Wilbourn and his wife (pictured above) attempted to make a donation to a Children’s home and then had that donation refused simply because they are not religious.

So the story starts as follows, (via a Friendly Atheist article on all of this) …

It started on Monday when a staffer at the Murrow Indian Children’s Home came to Matt’s workplace in order to print up some programs for an upcoming charity drive. For the past few years, his company had been printing those programs for free as an act of goodwill, but Matt was told by his employer they wouldn’t be doing that again this year.

Matt felt bad because he thought the Children’s Home was an organization worth supporting, so he figured he would make a contribution on behalf of the atheist group he runs.

He filled out the form on the spot, giving the staffer $100, and wrote in “Muskogee Atheist Community” at the bottom of the donation sheet.

Matt told me the staffer took the money and form, said “God bless you,” and left.

Now this is where things take a sharp left-hand turn into the zone of utter absurdity. Much to his great astonishment, Matt’s donation was rejected …

“I received a phone call an hour later from the lady who accepted my donation earlier telling me that her director asked her to call me and tell me that my donation was not accepted, She went on to say that they are funded by the American Baptist Churches Association and accepting a donation from atheists would go against everything they believe in. I emailed the director and even told her that I’m raising the amount to $250. I’m awaiting her response.”

… and that was also turned down.

So Matt started a GoFundMe page asking for donations for them (which has now finished).

After reaching $28,280 from many who were quite happy to donate to a good cause, the Children’s Home still refused.

An article on Christian Post expands upon their thinking …

The Christian center, which provides a home for American Indian children who are in out-of-home placement as a result of abuse and neglect, said they “appreciate the generosity of Mr. and Mrs. Matt Wilbourn for their thoughtful donation” but their “decision is not about money or personal matters.”

In other words, unless those donating have exactly the right religious belief then that donation is not acceptable, and that is quite frankly bizarre.

Well, apparently they are going to get $5,000 anyway. Matt explained it as follows on the GoFundMe page …

We are going to give all but $5,000 of the money to Camp Quest Oklahoma. The remaining $5,000 will be anonymously donated to the Murrow Indian Children’s Home. If they find out that I’ve said this and they know that it’s me anonymously donating it and they still won’t accept it, we will donate it to a local church who will then donate it to them. We’ve had support from churches all over this nation today and I’m sure that one of them would be glad to donate the money to Murrow and I trust that they will. Whether the Murrow Home likes it or not, they are getting $5,000 for those children from all of this. Keli and I would like to thank everyone for their donations and support. We will continue to let the GoFundMe account rise until it stops.

and later added this update …

Thank you everyone, all over the world for your support and donations. We exceeded our goal by just a few dollars and have decided how it will be allocated. We will donate $5,106.47 to the Murrow Indian Children’s Home in Muskogee, Oklahoma. The rest of the money will go to Camp Quest Oklahoma. Seeing as how this is my first venture on GoFundMe, I don’t know the exact amount that will be going to Camp Quest Oklahoma due to the more than $3,500 in taxes and fees that are being taken out by GoFundMe. All of you have proven that love wins over bigotry. Thank you!

So will the home now be carefully vetting all $5,000 donations from any source and challenging the donor to prove that it has not been previously touched by an “Atheist” (shudders … oh the horror), or will the fact that the money has come via a church impart it with some special aura that cancels out the previous ownership?

Step back for a moment and ponder what is going on here. The people running the group are identifying a religious belief as something that is far more important than the lives of those in their care. That is quite frankly astonishing. The donation was offered with no constraints nor any conditions, but was freely offered and yet apparently it was tainted in some way because those offering it were guilty of the “crime” of not believing.