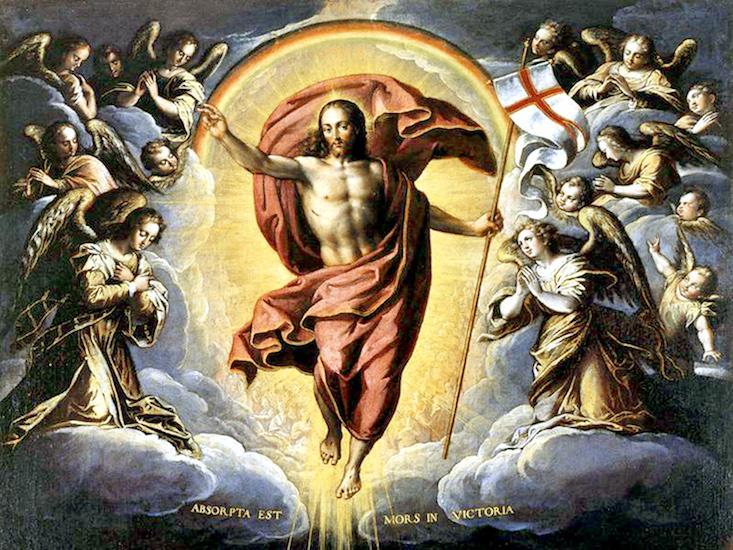 Can you take a statistical tool such as Bayes Theorem and calculate meaningful answers to religious questions such as “Is there a God?“, “Did Jesus exist?“, or “Did Jesus rise from the dead?“. It has been tried, people really will deploy this approach. When challenged they often exclaim “You can’t argue with the maths, it proves it“.

I came across a recent example. Each morning I spend about 40 mins walking across the city to work, not because I have to or because the transport options suck, but simply to keep fit and get a bit of podcast time in. One podcast I listen to each week is “The Atheist Experience“. This is a call-in show streamed from Austin in Texas where the Austin Atheist community engage with religious callers asking them what they believe and why. It can at times be very entertaining.

On the latest episode (July 14), one caller, an apologist named Jonathan McClatchie, played the Bayes Theorem card to try and establish his claim that Jesus really did rise from the dead. (You can listen to that episode here, or simply stream the podcast).

OK, let’s take this a step at a time. First let’s take a quick look at what Bayes Theorem is and how it works. Then we can briefly ponder over the meaningfulness of using it to address religious questions.

What is Bayes’s theorem?

In 1763, the Reverend Thomas Bayes published An Essay towards solving a Problem in the Doctrine of Chances. He might indeed have been a cleric, but this essay is not in any way religious. Instead it is focused on an algorithm for calculating probability – a tool to help you think about the certainty of things in a meaningful way.

Our default instincts often lead us to the wrong conclusions, hence tools like this are valuable and useful.

Let’s work an example in simple steps with an illustration. (Don’t panic, I’m not getting into any maths, just the concept)

You are a hospital administrator and patients with a serious illness are being sent to your door on the basis of a test. There are things that you know – the reliability of the test, and the number of people in the population who are ill.

Let’s be specific about what you know …

OK, so knowing the above, how probable is it that the people arriving at your hospital door are actually sick and really do need treatment?

Our instinct would lead most of us to think 99%. That however is wrong. We can and do often fool ourselves like this, hence tools such as Bayes Theorem help us to think a bit more clearly.

The theorem itself reads p(s|+)=p(+|s)p(s)/p(+). I’ll not get into what that means, you can read lots more about the specifics here. Basically it enables you to take prior knowledge and plug it into this formula to calculate the probability of something.

To round things up (to keep it really simple) …

As each of the 200 turn up, you have a 50/50 chance that you actually have a healthy person arriving.

This is a surprising but meaningful answer, and so an algorithm such as Bayes is very useful because it lets you plug in what you know to derive the actual probabilities.

In 2003 an Oxford philosopher of science named Richard Swinburne tried to use Bayes Theorem to calculate the probability of God and Jesus. His book was called The Existence of God (2004)

In the same period Stephen Unwin tries something similar within his book – The Probability of God: A Simple Calculation That Proves the Ultimate Truth (2003)

You might perhaps wonder how this works and what foundation they build it all upon.

Either God does exist or God does not exist. Since this is simple and binary then you might be tempted to assign a 50% prior probability that you can then plug in to Bayes Theorem.

Er …no. You need to justify your prior probabilities. For something to be probable you can’t simply assume it, you would first need to demonstrate that it is even possible. How exactly do you even begin to demonstrate that a supernatural religious entity is 50% probable.

You can take this a bit further by asking which specific God we are examining here. The rather obvious problem is that semantic word games are in play. The term God is vague and very much open to interpretation. The diversity of Gods you can chose from is vast, so if you what to assign a probability to one of them being real, you simply cannot declare a 50% prior probability because it is not a binary choice, you have a rather large number of possible Gods up for selection.

Once you wade into the religious pool, you find that precision usually becomes meaningless. Instead you are dealing with things that really cannot be nailed down, hence you end up with the utterly bizarre.

Is this Schrodinger’s Jesus – both alive and also does not exist at the same time?

With conflicting results like this floating about you can be highly certain that something deeply dubious is in play.

Like any tool, Bayes Theorem can be used and also abused. If you have a specific religious conclusion then you can easily manufacture highly dubious prior probabilities that will confirm that conclusion. The issue is not the algorithm but rather is what you plug into it.

Take for example the word “Jesus” and any associated “facts”. We have stories and claims, all unverifiable, hence it becomes possible to cherry pick these “facts” that are not really facts and are instead simply claims that we cannot in any way verify or assign any meaningful or measurable probability to. To get a conclusion, simply declare various probabilities without any justification, plug it all in, crank the handle, and out pops the conclusion you need.

Bottom Line: Bayes Theorem is fine, but feed BS in and your “conclusions” will be BS.