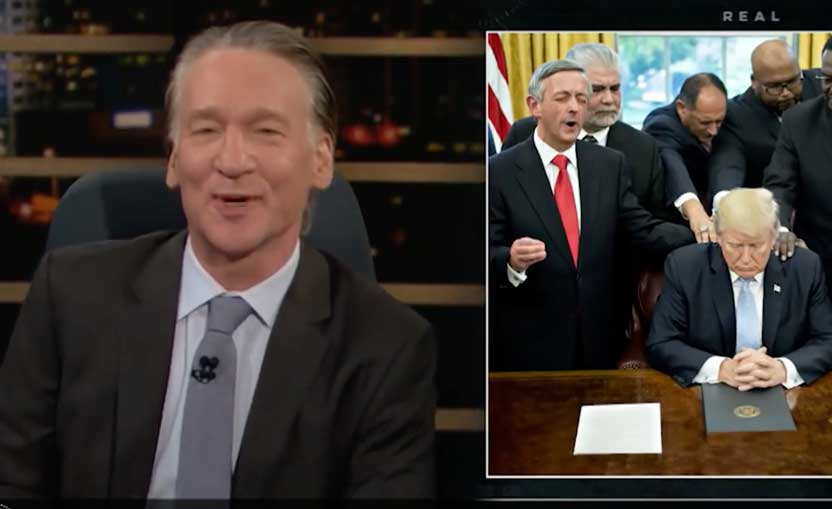 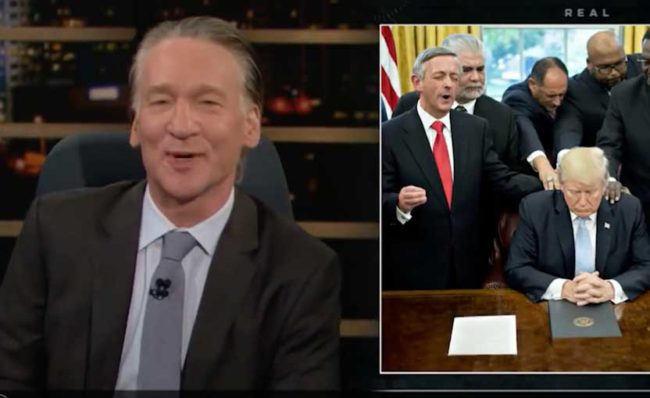 Let’s take a break from my normal postings and spend 5 minutes today with Bill Maher. He has a few words concerning third rails …

Thanks to Trump, piety itself has ceased to be a third rail in American politics. How could it anymore when the world’s least godly man has been so fully embraced by our most religious people, the evangelicals?

Oh, they love them some Donald Trump, a man who’s been to church four times in his whole life, three of them to get married. The only time he touches a Bible is for depositions. And if he ever went to confession, they’d have to take a meal break. He’s into golden showers, not the Golden Rule. It’s true. He does not tweet people the way he wanted to be tweeted.

So when Trump got his mulligan from the “values voters,” that’s when we knew religion had jumped the shark and it was finally safe to say, “None for me, thanks. I had bullshit for lunch.”

The comedian tells us the truth

We live in a world that is Shakespearean. The Jester takes center stage and tells us the truth.

‘That, of course, is the great secret of the successful fool – that he is no fool at all.’ – Isaac Asimov, Guide to Shakespeare