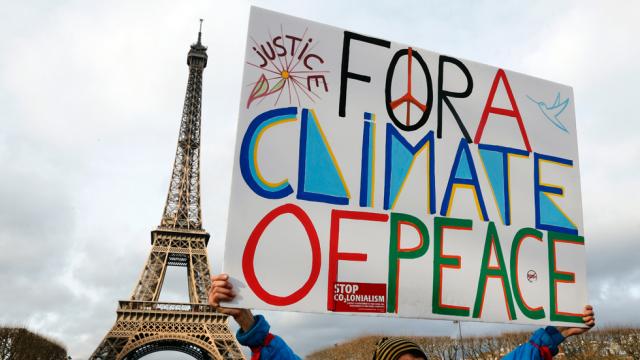 Dr. Marshall Shepherd, a former NASA scientist, has written an interesting article in Forbes in which he highlights three specific Climate specific news articles that broke this week. He notes …

… and for the average person out there he is rather sadly most probably correct. Personally I was aware of only two out of the three and that is only because I keep my finger on the climate change pulse.

So what are the three items of rather important Climate Change specific news items from the past week that he identifies?

He is correct, all three are indeed rather important to spotlight, and he is also correct to make the observation that such stories do not gain the traction needed …

Ongoing Climate Change presents us with an actual existential threat and yet these stories related to that hardly merit a mention. That observation in itself is perhaps newsworthy.

OK, let’s take a bit of time to rectify that in a small way by looking at each of the three in turn. 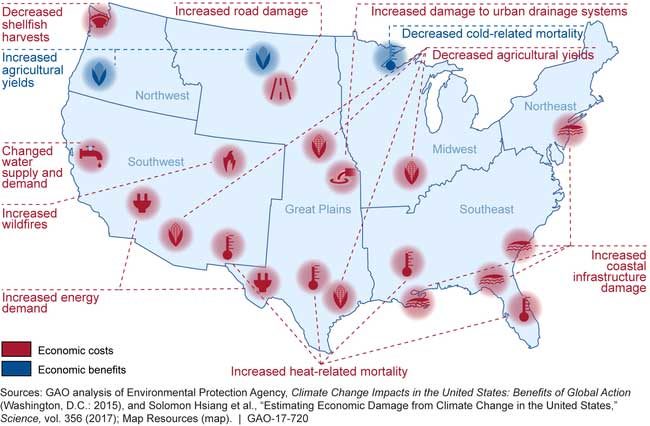 The details of this bipartisan report can be found here, and yes it is indeed bipartisan because it was not only commissioned by Democratic Senator Maria Cantrell but also by the Republican Senator Susan Collins, and has been released by the bipartisan Government Accountability Office.

The key highlight is this – Over the last decade, extreme weather and fire events have cost the federal government over $350 billion. These costs will likely rise as the climate changes. The report estimates the potential economic effects of climate change in the US and then recommends that the  appropriate entities within the Executive Office of the President (EOP), including the Office of Science and Technology Policy, use information on the potential economic effects to help identify significant climate risks to craft appropriate federal responses …

Information about the potential economic effects of climate change could inform decision makers about significant potential damages in different U.S. sectors or regions. According to several experts and prior GAO work, this information could help federal decision makers identify significant climate risks as an initial step toward managing such risks. This is consistent with, for example, National Academies leading practices, which call for climate change risk management efforts that focus on where immediate attention is needed. The federal government has not undertaken strategic government-wide planning to manage climate risks by using information on the potential economic effects of climate change to identify significant risks and craft appropriate federal responses. By using such information, the federal government could take an initial step in establishing government-wide priorities to manage such risks.

Having an incompetent climate change denier in the White House, another running the EPA, and another running the House Science committee, means that the most probable outcome here is that reports such as this will be deposited within the round circular filing cabinet that is located in the corners of all federal offices, and then forgotten about until it is way too late.

Nicaragua officially signed on to the Paris Climate Agreement

The second big climate change item of the week was the news that Nicaragua has signed on to the Paris Climate Agreement. It might appear to be a minor “me-to” item, but this is a big deal.

Prior to this every single nation on the entire planet apart from the US, Syria, and Nicaragua had signed up. An article within The Hill explains …

The Guardian reported Monday that the Nicaraguan government presented the relevant documents for the agreement at the United Nations.

Nicaragua’s move leaves only the U.S. and Syria opposed to the agreement.

Trump’s formal announcement last August that the US would soon be leaving the Paris Agreement does nothing except confirm that his unofficial job title of “idiot-in-chief” is not just a slur but is the reality we face. Luckily, most on both sides of the political divide are not like this. While the US might formerly withdraw, many cities and states have committed themselves to adhering to the US obligations enshrined within the Paris Agreement.

Oh and least you wonder, then yes, even North Korea has signed the Paris Agreement. Palestine signed it, Bhutan signed it.  Every other nation-state on the planet apart from two are now in. Syria is out because of the civil war, and the US is out because Trump is a nut who thinks that Climate Change is a Chinese conspiracy.

Scientific Censorship at the EPA

This news item is also rather disturbing. As reported by the Washington Post …

‘Let us do our job’: Anger erupts over EPA’s apparent muzzling of scientists

The Trump administration’s decision to prevent government scientists from presenting climate change-related research at a conference in Rhode Island on Monday gave the event a suddenly high profile, with protesters outside, media inside and angry lawmakers and academics criticizing the move.

“This type of political interference, or scientific censorship — whatever you want to call it — is ill-advised and does a real disservice to the American public and public health,” Sen. Jack Reed (D), Rhode Island’s senior senator, said at an opening news conference for the State of Narragansett Bay and Its Watershed event in Providence. “We can debate the issues. We can have different viewpoints. But we should all be able to objectively examine the data and look at the evidence.”

Reed was joined Monday by the rest of the state’s congressional delegation, all of them Democrats, who took turns chastising the Environmental Protection Agency for instructing two of its scientists and one contractor not to speak at the conference Monday.

“it is not an EPA conference.”

The reaction has been a wholly appropriate one. As noted by Dr Shepherd …

That is a horrible explanation. I am a former NASA scientist. I am scientist and professor at the University of Georgia. I speak at conferences and meetings all of the time that are not NASA or UGA meetings. In fact, the expectation within the scientific field is that scientists participate and share knowledge through broader scientific meetings and publications. By that logic, can an EPA scientist only publish scientific findings in EPA outlets?

We all have to continue to pay attention to this issue.

The context for this was the presentation of the results for three-year effort that focused upon the status of Narragansett Bay, New England’s largest estuary, and had also been partially funded by the EPA. The success of it all has been a result of a partnership between the state and the EPA scientists, and yet because Climate Change features within the 500 page report, the new EPA administration has gagged the EPA staff members who had worked upon it and were scheduled to present details.

There is a common theme here

While all three news items do of course have Climate Change as a common theme, there is also one more thread that binds them together. It is the observation that the current administration is not simply a national embarrassment but is openly very much also anti-science. This is perhaps what happens when you elect officials who have a rather tenuous grasp of reality.