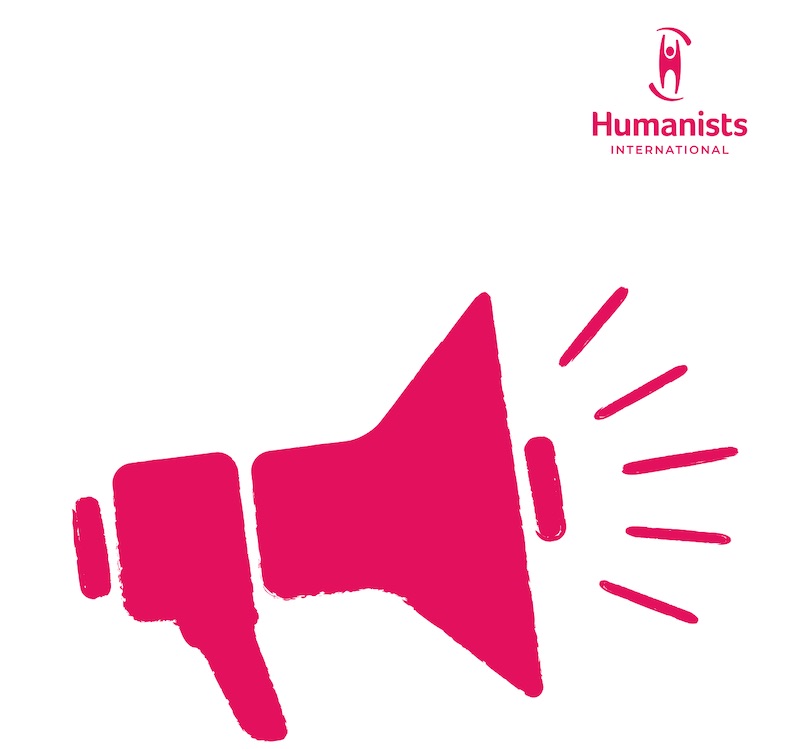 Each year Humanists International, a non-governmental organisation championing secularism, human rights and equality, publishes a very comprehensive and influential reportshes a report. In 2019 their Freedom of Thought report was a comprehensive list that highlighted “discrimination against humanists, atheists and the non-religious”. It centred around a “Country Index” with a textual entry for every sovereign state and ranks each one using a clearly defined criteria.

The newly published 2020 report is different.

Titled “The Humanists at Risk: Action Report”, it was created by Humanists International to shed light on the human rights situation and treatment of humanists (and other non-religious people) in eight target countries: Colombia, India, Indonesia, Malaysia, Nigeria, Pakistan, Philippines and Sri Lanka.

What the report is not doing is to dump lots of statistics, charts, or trends upon you. Instead they surveyed humanists who live in those nations and asked them about their experiences – what actually happens when you are not religious?

Where can I find the report?

What is revealed within this report?

The report identifies the growing use of blasphemy laws to crack down on the non-religious, as well as vigilante violence. It quotes humanists in Malaysia saying ‘humanists and non-religious people are regularly attacked by zealous Muslims’. In Pakistan, one person told the authors, ‘to be a humanist… you must have courage to lose everything.’ Another said ‘ humanists were, are being targeted in our society. Some humanists were killed by mob and some by local authorities.’ A third said ‘Blasphemy laws are in place which would legalize murdering me.’

It recommends repealing such laws wherever they are found, and that all state actors ensure that inclusive language is used whenever talking about freedom of religion or belief (as opposed to ‘religious freedom’).

‘For too long humanists and other non-religious people have been invisible in the eyes of their own governments and international organisations. This report shines a light on the targeted violence, continued harassment and social discrimination faced by humanists in many countries and opens the door to conversations on how best to protect humanists worldwide. What is clear is that all laws and policies which criminalize “blasphemy” should be repealed.’

‘We welcome this report as shining a light on a profound and growing problem. In many parts of the world the non-religious are the most viciously persecuted minority. It is not even possible to be openly non-religious as that can lead to the most severe consequences. We hope that policymakers in the UK Foreign Office and all around the world will read this report and act to prevent such persecution, including by repealing blasphemy laws wherever they exist.’

What exactly is Humanism?

Humanists, and other non-religious people, have a positively held, coherent worldview. Humanist individuals and communities exist throughout the world, and have done so throughout recorded history. Humanism as a world view, and ‘lifestance’, can be understood as a naturalistic philosophy of life which places the wellbeing of humanity at its heart.

Humanism is democratic and anti-dogmatic. It values art, creativity, and science. In many countries, this positively held worldview is reduced, deliberately or otherwise, to a negative ‘lack of’ religious belief. An identity caricatured as such can, and does, create highly negative views amongst some who proclaim personal and collective religious beliefs and identities.

What about discrimination against other beliefs?

The report focuses on the experiences and discrimination against humanists, and other non- religious people. This is not intended to minimise or make invisible the experiences of other religion and belief minority groups, or to introduce a hierarchy of experience and discrimination. Humanists International, as the world’s representative body of the humanist movement, is best placed to make an accurate investigation of the discrimination against their members and supporters. However, they do also fully support the rights of all individuals, regardless of their religion or belief.

The essence of it all

Discrimination and persecution against humanists and the non-religious in particular are often bound up with political suppression, with fears about progressive values, or with oppression in the name of religion. Humanists and non-religious people are often among the first to ask questions, and to raise the alarm when human rights are being trampled, when religion is misused or abused, or — even with the best intentions — if religion has become part of the problem. If you silence the non-religious, then you silence some of the leading voices of responsible concern in society.

Some might criticise and point out …”It is not a fully comprehensive report, only a few voices are speaking“.

That is perhaps true, but remember that this report is designed to simply be the beginning of a conversation.

“When thought is a crime, no other freedom can long survive.”